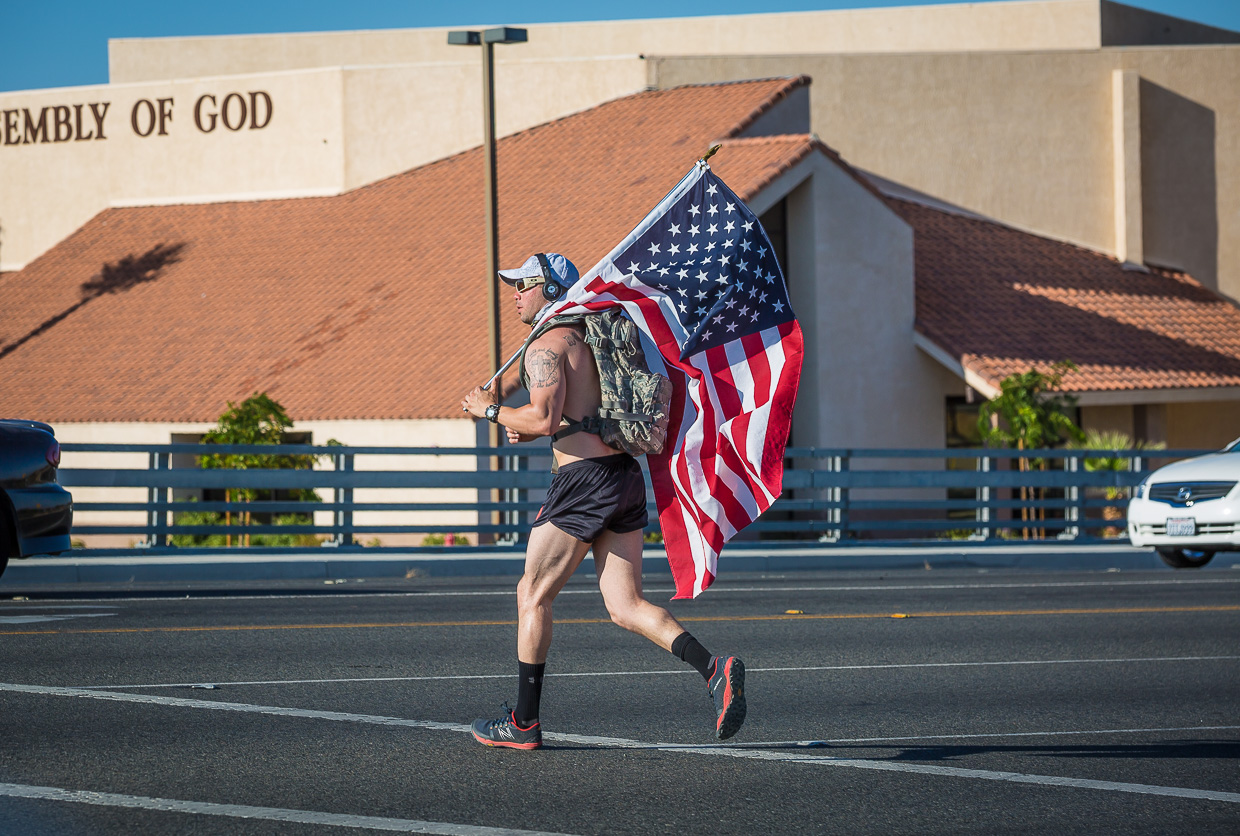 VICTORVILLE, Calif. (VVNG.com) Andrew Dominguez, 24, of Arcata California was seen running in the 100-degree weather of the High Desert in honor of the men and women serving in Afghanistan.

While many Americans are chowing down on hotdogs and hamburgers as they prepare to commemorate the night with fireworks to celebrate the birth of our country, Dominguez – who knows first hand that freedom is not free and requires constant sacrifice- set aside his plans to remember those who are still fighting for our freedom.

Dominguez, who is in town celebrating his daughters 4th birthday, proudly served in the Air Force for four years and is now a Guardsman with the US Coast Guard.

In Honor of those serving overseas in Afghanistan, he chose to run today while bearing the American Flag as a way of reflecting on what our freedom truly means and the sacrifices made to ensure it.

So as we spend time with our friends and family tonight, pause for a moment and say a prayer or send a thought to those preserving our freedom and keeping us safe.