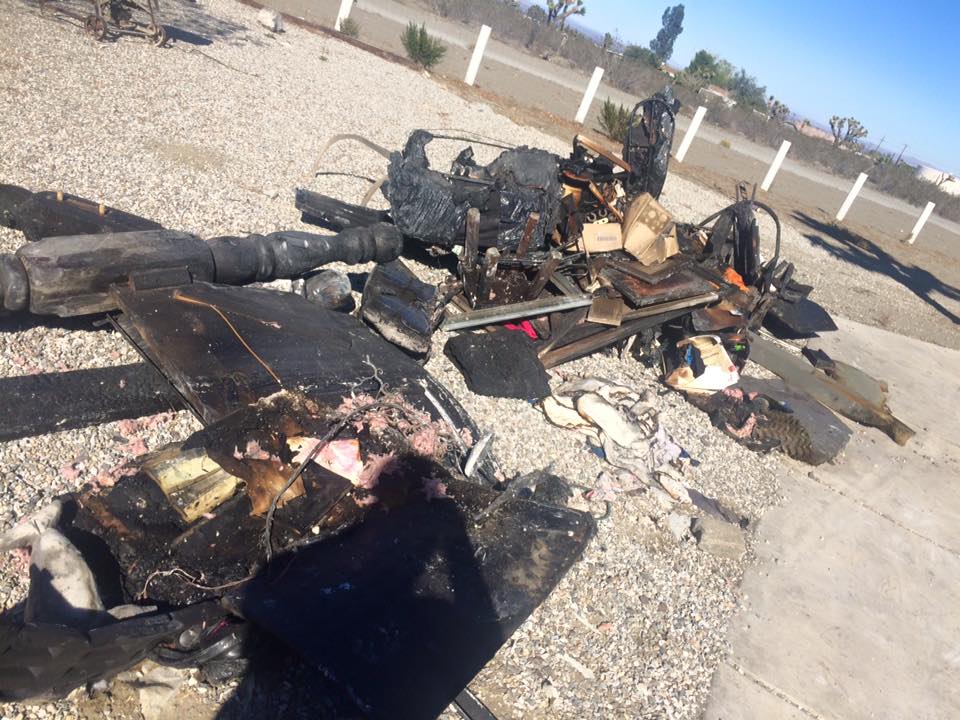 PHELAN-(VVNG.com): A Phelan mother is saddened by the loss of her mother’s home, which her and her son also lived in, but proud of her five-year old son who she now believes is a hero.

Just days before this tragic fire that made their home completely uninhabitable, 5-year-old Nathaniel Stocks went on a class field trip to the Phelan Fire Department. While there, the children were taught what to do in the case of a fire.

His mother, Brianna Renee Gilbert said, “He saved my mom’s life as well as his own and all the animals in the house!”

Just before 1:00 a.m. on Friday, November 7th, dispatch received the report of a structure fire at the home in the 3900 block of Sacramento Road in Phelan. When firefighters arrived they found heavy smoke and fire showing. Firefighters went on an offensive transitional attack to fight the blaze, according to scanner reports.

Fire officials described the fire as a “room and content fire”, the home was cleared of any potential occupants and the fire was extinguished at 1:22 a.m. “I’m very sad about all the material things we lost, since it was everything we had.  I’m just so thankful everyone is alive and safe!” added Gilbert on a Facebook post.

Gilbert said that she was not home at the time, her son was alone in their shared room when a space heater caught on fire. Nathaniel lost all of his toys and clothes, and Brianna lost her belongings including all her clothing, including work clothing. The family can use help with clothing at this time in size 5t boys and women’s XL tops and 18 pants. 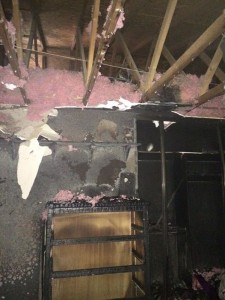 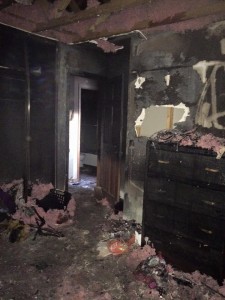 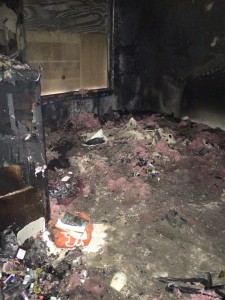