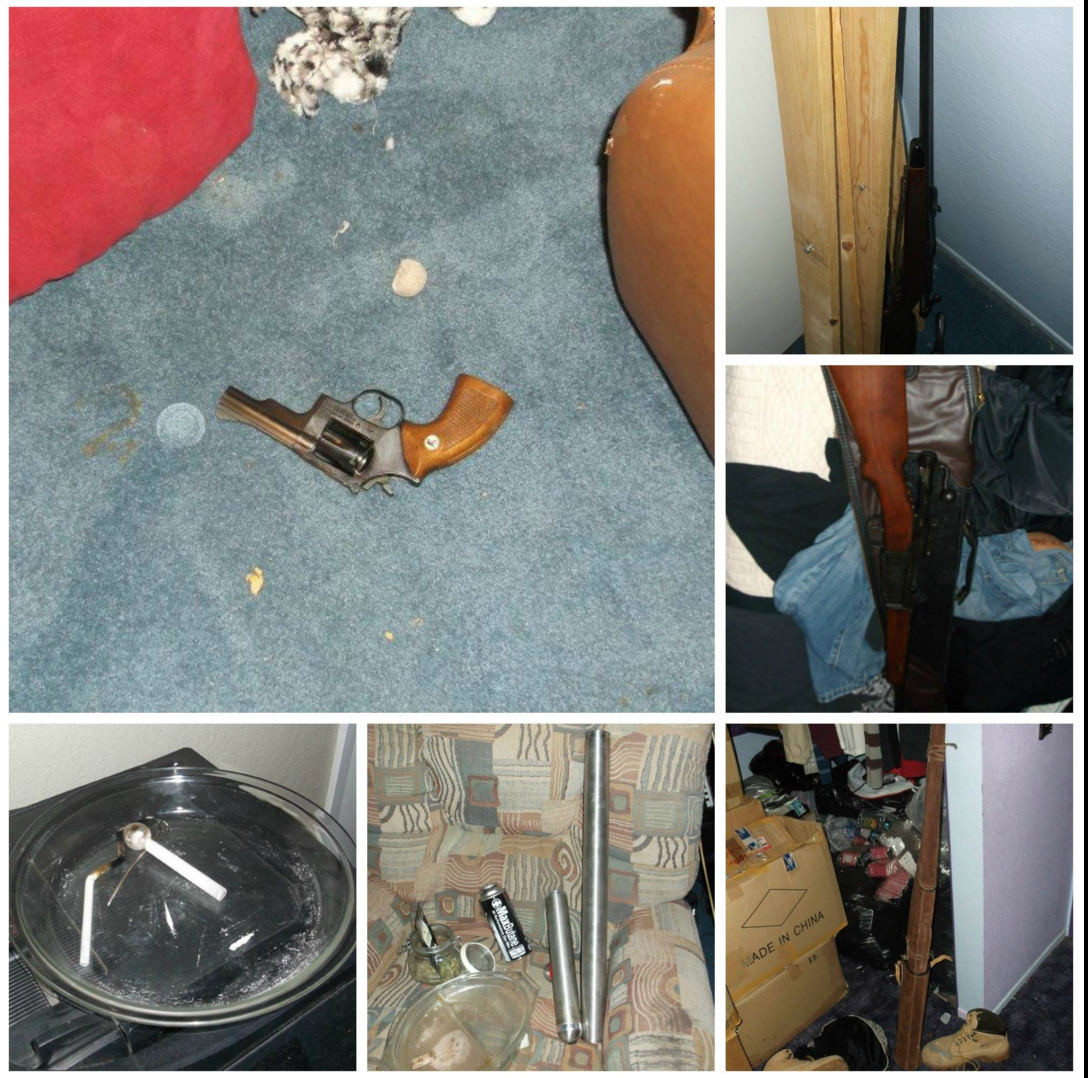 VICTORVILLE-(VVNG.com):  Five Victorville residents are behind bars following a search warrant being served on a home on the 14000 block of Liberty Way in Victorville. On Thursday, October 22nd a victim reported a burglary to his Hesperia home where numerous guns were stolen from the property. Through further investigation, the Hesperia Gang team determined that Chaz Allen, 34 of Victorville was their primary suspect in the crime.

A search warrant was obtained for the home of Allen and at about 8:29 p.m. on Friday, October 23rd the Sheriff’s Special Enforcement Division and Victorville Deputies, Hesperia Gang Deputies served the warrant. During the search six stolen guns and other stolen property was located, several of the guns were those reported in the Hesperia burglary reported the day prior. The additional guns were from a vehicle burglary, reported in Apple Valley on Saturday, October 17th.
Deputies also located a methamphetamine and honey oil lab, as well as other narcotics paraphernalia.Drug labs, such as these, can be dangerous to the health of persons in the area due to fumes and sometimes explosions that result from the process of making these drugs.


During their search, sheriff’s officials located numerous other stolen items from other burglaries in the High Desert. Some of the items included were expensive airless paint sprayer, microbrew collectible beer tap handles, IPads and laptops. Deputies will be checking the serial numners to match the items to the victims, if these sound like items you have reported stolen, please contact Deputy Snyder at the Hesperia Sheriff’s Station 760-947-1500.