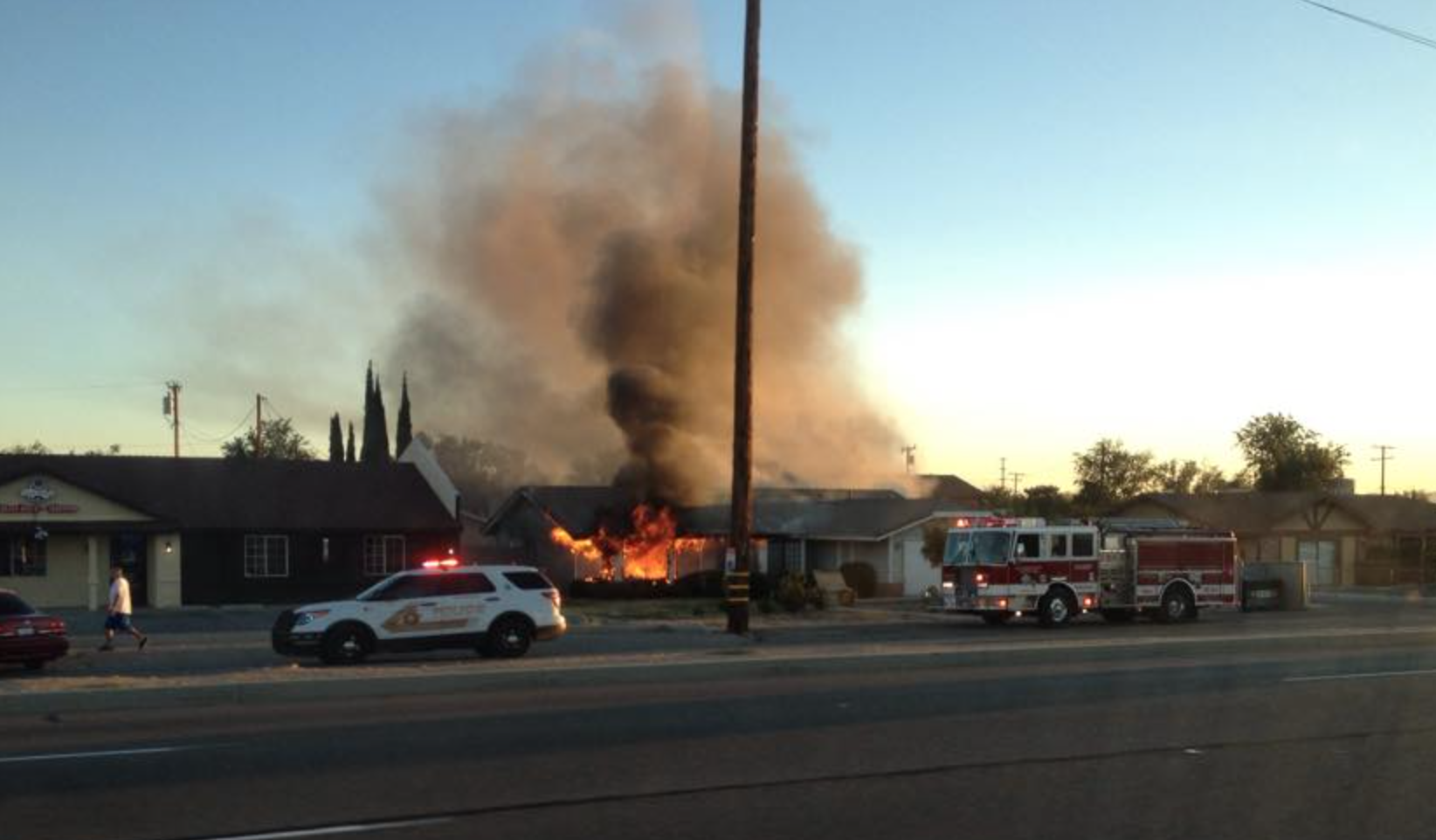 VICTORVILLE:(VVNG.com)- A family managed to escape after a fire broke out in their home early Tuesday morning. Firefighters were called to the home located on the 15000 block of outer Bear Valley Road near Balsam at about 6:30 A.M.

According to officials, County Fire responded with three paramedic engine companies, one paramedic truck company, one battalion chief, one paramedic ambulance, and one fire investigator for a total of 16 personnel.

Firefighters arrived within minutes and discovered heavy fire and smoke from the front of the residence.

Crews went into the “attack mode” and performed an aggressive interior attack, completed a primary search for potential victims as well as performed vertical ventilation. The fire was knocked down within 20 minutes.

Two adults, a 14-year-old, and a 3-month old baby were all inside the home when the fire broke out.

“My husband is the only reason we got out of there,” stated Tasha Brooks. “He has a cheap phone that he usually sets his alarm on but the alarm never goes off! For some unknown reason today the alarm did go off, and that’s what woke him up. He immediately smelled the smoke and woke me and the baby up”.

Tasha continued to say, “All we could see was thick black smoke down the hallway. The entire front of the house was fully engulfed in flames. We had to jump out our bedroom window in order to get ourselves out. That’s when we ran around to our daughters bedroom, broke out her window and managed to get her out”.

The 14-year-old required stitches to her arm after receiving cuts from jumping the bedroom window. As a precaution the entire family was taken to a local hospital to be checked out.

Sadly, the families three dogs, a love bird, and a pet turtle all perished in the fire. “We are absolutely devastated about loosing our pets,” stated Tasha. The fire reportedly caused an estimated $60,000 in damages.

The family lost all of their belongings in the house fire. Anyone wishing to help with clothing, food, baby items, or money to help them move into a new place, can do so by donating via the gofundme page: FAMILY HOUSE FIRE HELP.

“The fire is still under investigation but the cause is leaning towards a fan that was left on in their living room overnight. Unfortunately the smoke alarms did NOT go off,” according to a description in the Gofundme page.