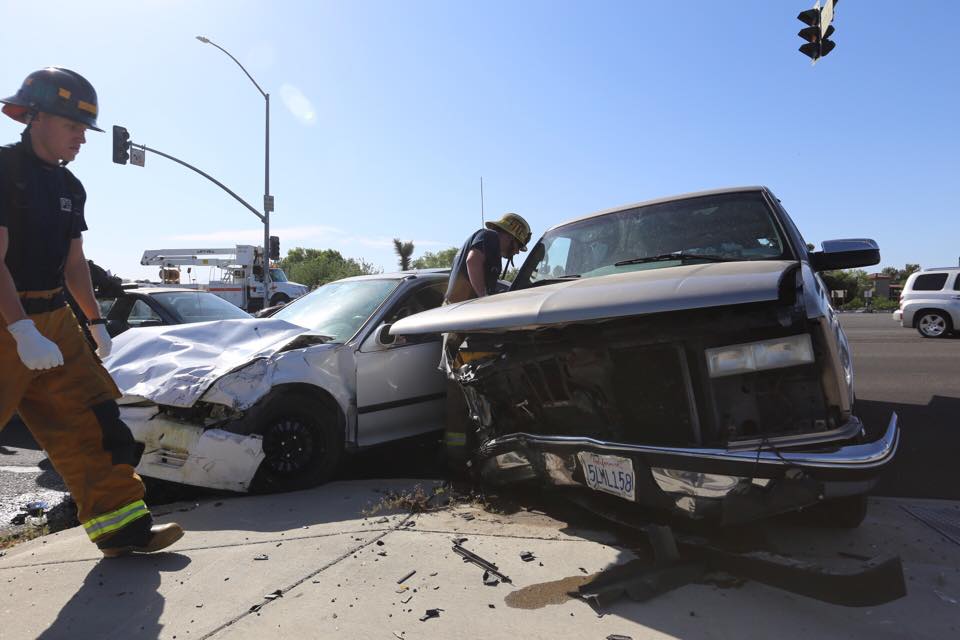 The Tuesday, April 14th collision was reported at approximately 8:50 A.M.

According to authorities, an elderly male driver, driving a GMC 1500 SUV was heading eastbound over the bridge when he attempted to make an illegal left turn in front of a white Honda Civic and a gray Nissan Sentra, which were traveling westbound.

The vehicles collided as a result of the illegal left turn causing the moderate to major damage collision. The injuries are all reported to be non-life-threatening. An elderly female was transported due to a complaint of chest pain.

For the latest breaking news be sure to join our Facebook group “VVNG“.