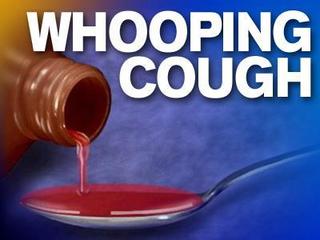 Pertussis, better known as whooping cough, has claimed the life of a Riverside County infant less than six months of age, the California Department of Public Health (CDPH) announced today. It’s the first confirmed death from the disease since 2010.

“This baby’s death is a tragedy for the family, and for California as a community, and this is a preventable disease,” said Dr. Ron Chapman, state health officer and director of CDPH. “Preventing deaths in infants by ensuring that all pregnant women get vaccinated is our primary goal in pertussis control. When pregnant women are vaccinated, the immunity they develop against pertussis is passed to their infants and helps protect infants until they are old enough to be vaccinated themselves. Young infants are at the greatest risk of severe or fatal pertussis.”

Pertussis is cyclical with peaks in incidence every 3 to 5 years. California experienced a pertussis epidemic in 2010 when more than 9,100 cases, including 10 deaths were reported. That’s more cases than had been reported in any year since the pre-vaccine era. After declining steadily from the peak in 2010, monthly case reports began increasing in mid-2013.  Of the cases in 2013, 83 percent of reported pertussis cases were children less than 18 years of age. Of these pediatric cases, 12 percent were infants less than six months of age.

For infants, pertussis vaccinations typically start at two months of age, but adequate protection doesn’t occur until about six months of age.

“This serves as a sad reminder that illnesses like whooping cough are still very much with us, and immunizations are the first line of defense,” said Dr. Cameron Kaiser, public health officer for Riverside County Department of Public Health. “We strongly encourage pregnant women to get vaccinated, all parents to vaccinate their children on time, and for adults to keep current with their booster shots to reduce the spread of the disease.”

It’s important that both children and adults are up-to-date on their immunizations. Booster shots for pertussis are critical because, unlike some other vaccine-preventable diseases like measles, neither the pertussis disease nor vaccine confers lifelong immunity.

To avoid the spread of pertussis, CDPH recommends that:

The symptoms of pertussis vary by age. For children, a typical case of pertussis starts with a cough and runny nose for one to two weeks. The cough then worsens and children may have rapid coughing spells that end with a whooping sound. Young infants may not have typical pertussis symptoms and may have no apparent cough. Parents may describe episodes in which the infant’s face turns red or purple.  For adults, pertussis may simply be a cough illness that persists for several weeks.

More information about pertussis is available on the CDPH website.