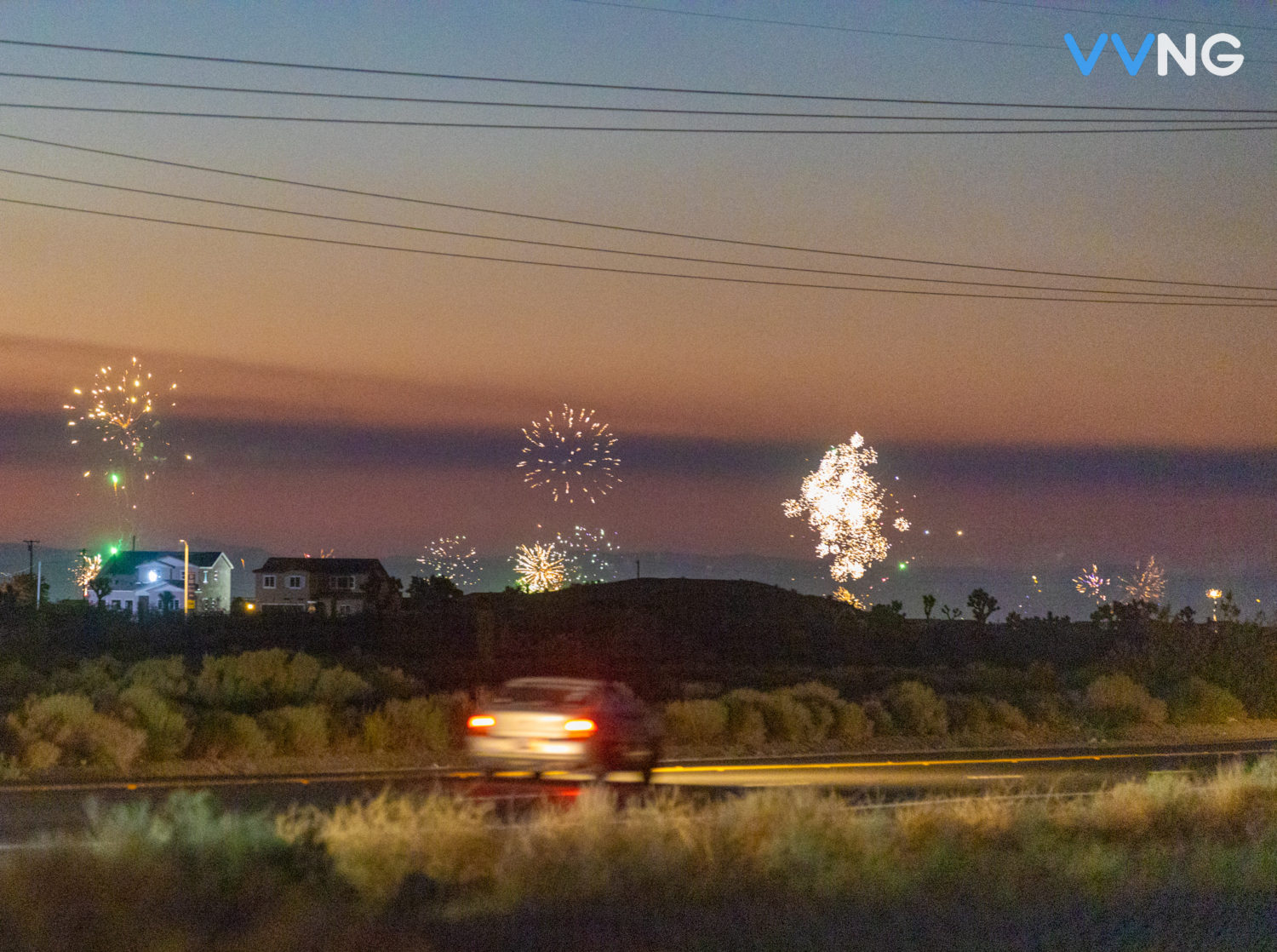 VICTOR VALLEY, Calif. (VVNG.com) — Firefighters across the Victor Valley were very busy on the Fourth of July as several brush fires were started by fireworks.

Hesperia residents in the area of Danbury Avenue in the area known as the Mesa were sent into panic mode when a fire broke out just before 9:00 pm.

The fire quickly consumed a couple of acres and threatened nearby homes. At one point, deputies were going door-to-door advising residents living on Danbury about evacuations. After a fierce and extensive battle, San Bernardino County Firefighters were able to gain the upper hand on the fire and no homes were lost.

At about 10:30 pm, fire crews responded to a vacant lot along Ranchero Road and Cottonwood Avenue after the field caught on fire. Crews placed a line around the fire and knocked it down quickly.

Phelan residents were awakened by a brush fire at about 12:10 am, in the area of Caughlin and Phelan Roads. Again fire crews worked quickly to contain the fire and keep it from spreading.

The three incidents mentioned in this article are only a small fraction compared to the actual number of fires started as a result of illegal fireworks across the Victor Valley. As a reminder, fireworks are illegal in the Victor Valley except for the city of Adelanto.