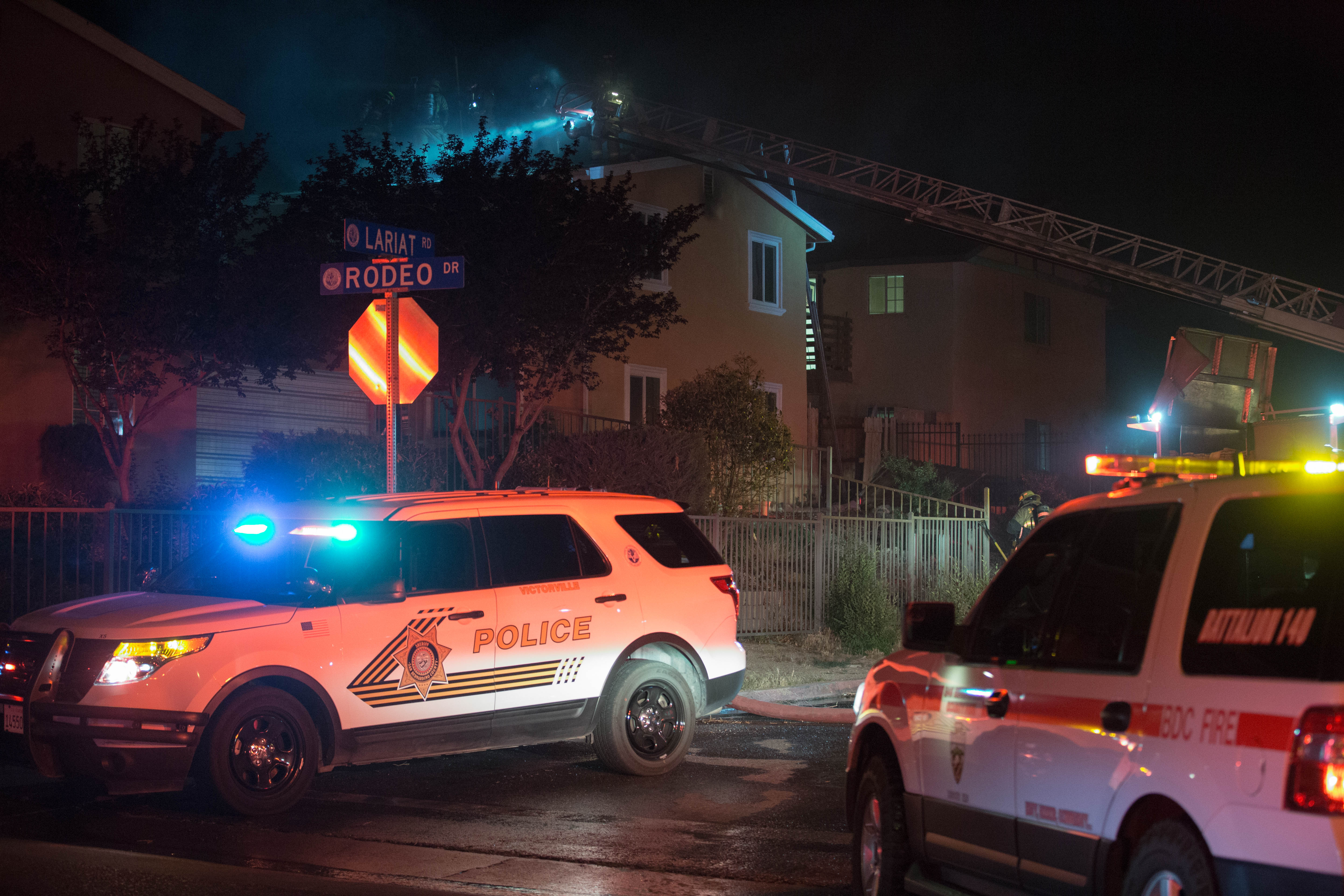 VICTORVILLE, Calif. — On Friday, May 18, 2018, at approximately 9:00pm, San Bernardino County Fire responded to a commercial structure fire in the 16000 block of Lariat Drive in the City of Victorville.

First arriving engine, truck, and squad from station 311 arrived in 4 minutes to find a two story multi unit apartment building with heavy smoke and fire showing from the second story. Initial priorities were to search for any trapped occupants and contain the fire to the unit of origin as well as limit fire spread to additional units.

Due to the size of the building, fire involvement, and proximity to additional buildings a second alarm was requested. With this additional units from across the high desert as well as the Apple Valley Fire District responded.

First units established an offensive fire attack with truck crews supporting their operation from the roof above. A primary and secondary search was quickly found to be all clear in the fire building. Additional engine companies placed hose lines to protect the adjacent unit from the fire. There was minor extension into that occupancy but firefighters quickly limited the spread. County firefighters had the fire under control in approximately thirty minutes.

Additional SBCoFD resources from surrounding divisions in Fontana and San Bernardino were sent to the high desert for station coverage which allowed a continuous service level in the region.

Three truck companies, ten engines, one medic squad, two chief officers, one heavy rescue, and one investigator totaling 46 personnel responded to the incident. There were no injuries to civilians or firefighters reported. Red Cross was contacted for 12 occupants from two displaced families. Damage estimates are still being compiled, and the cause remains under investigation. 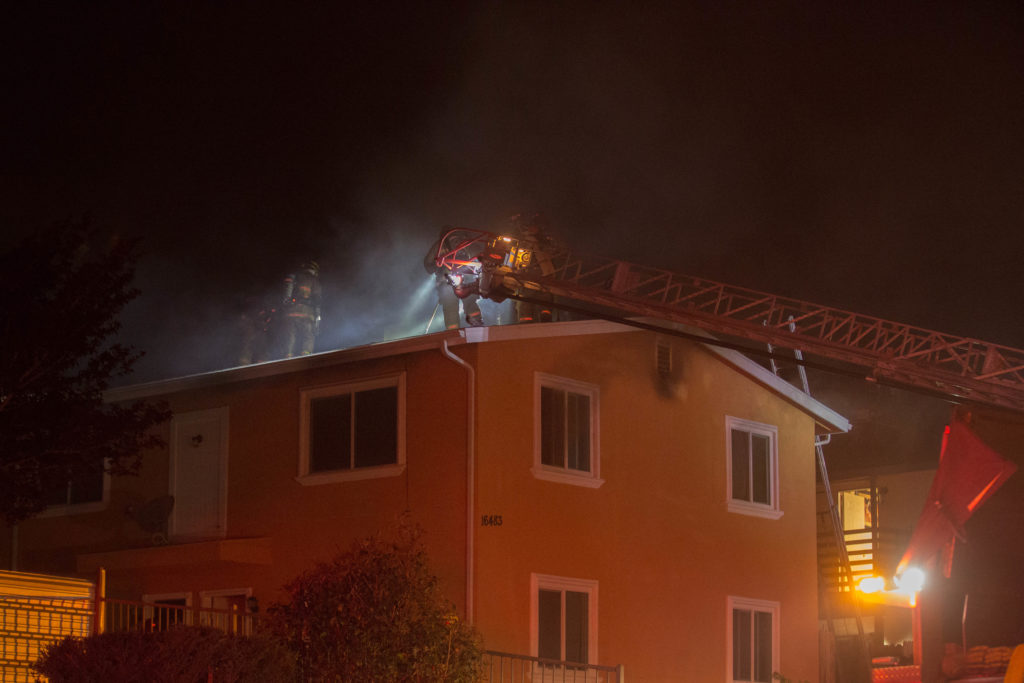 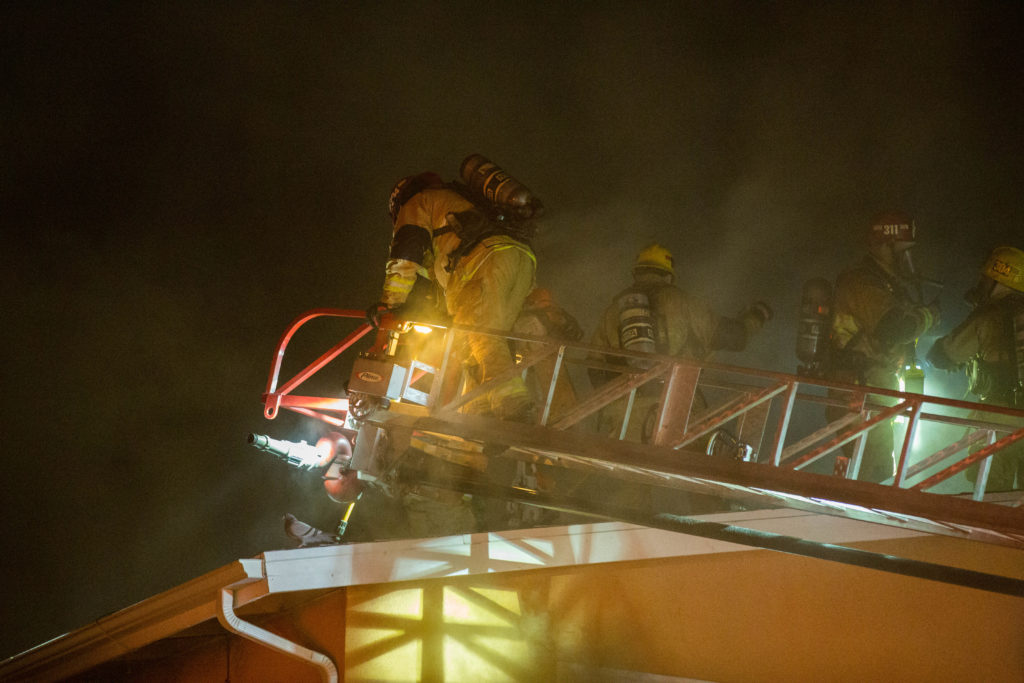 Man bitten by rattlesnake while camping in Lake Arrowhead