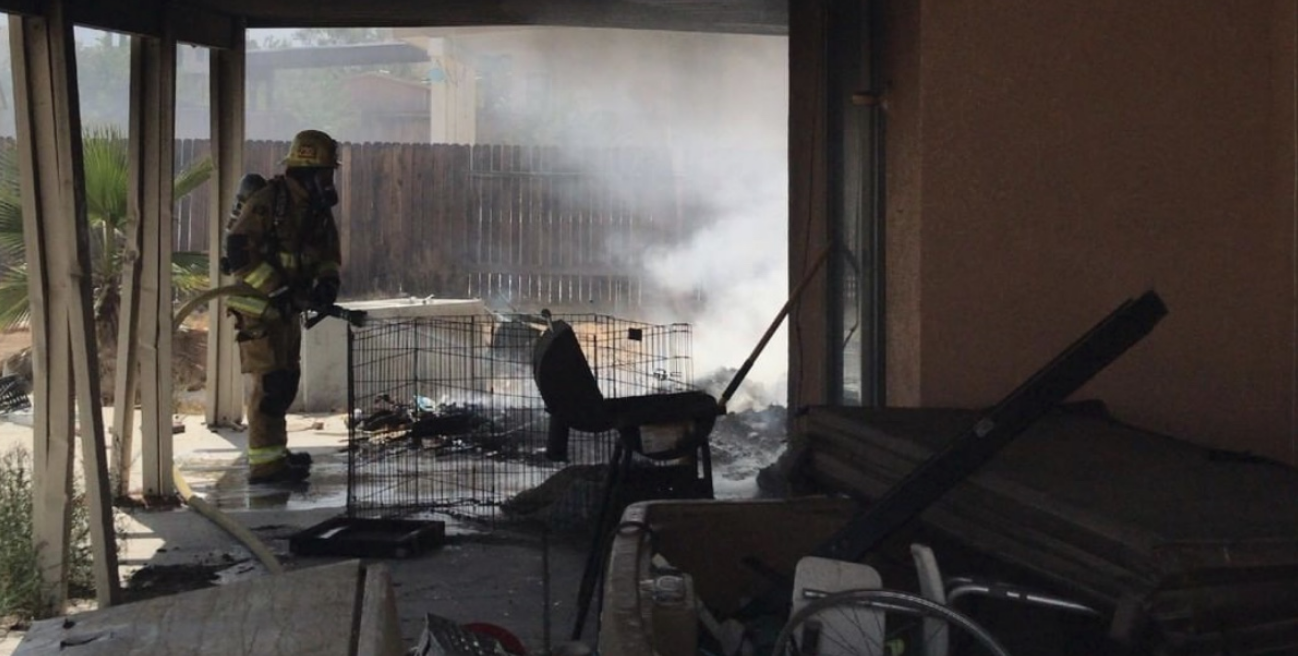 Fire crews arrived on scene and located a 2-story home with smoke coming from the rear. Firefighters made access and located a rubbish fire in the rear patio with some extension into the home.

Firefighters conduct a primary and secondary search of the residence and determined it was all clear.

Firefighters reported a lot of trash around the property and suspected the house was possible being utilized by squatters.

A nearby resident who did not want to be identified told VVNG the home is occupied and the people actually live there but the electricity and water were shut-off.

No injuries have been reported and the official cause of the fire is under investigation.

Building and safety will and an investigator have been requested to respond to the scene. 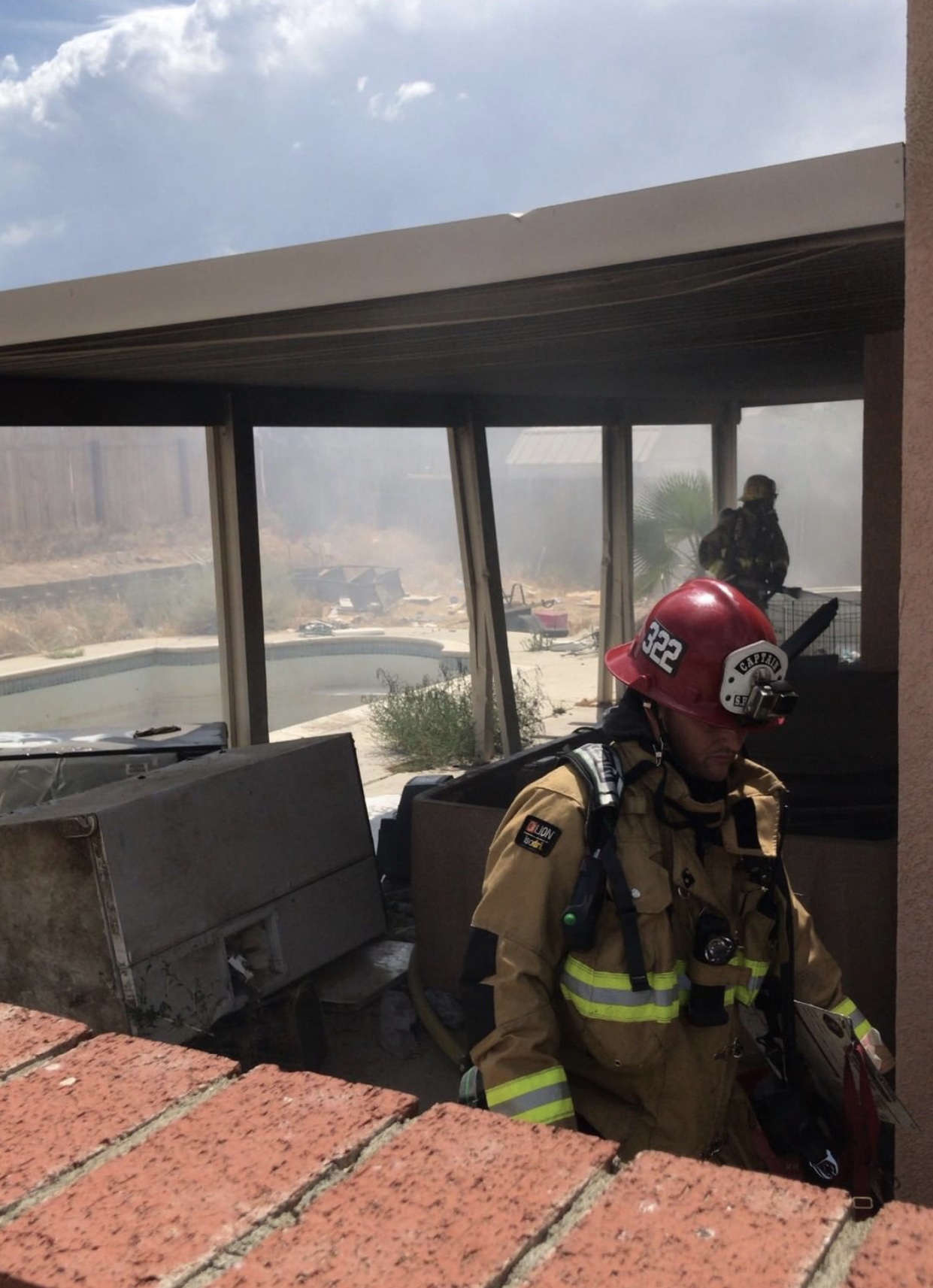 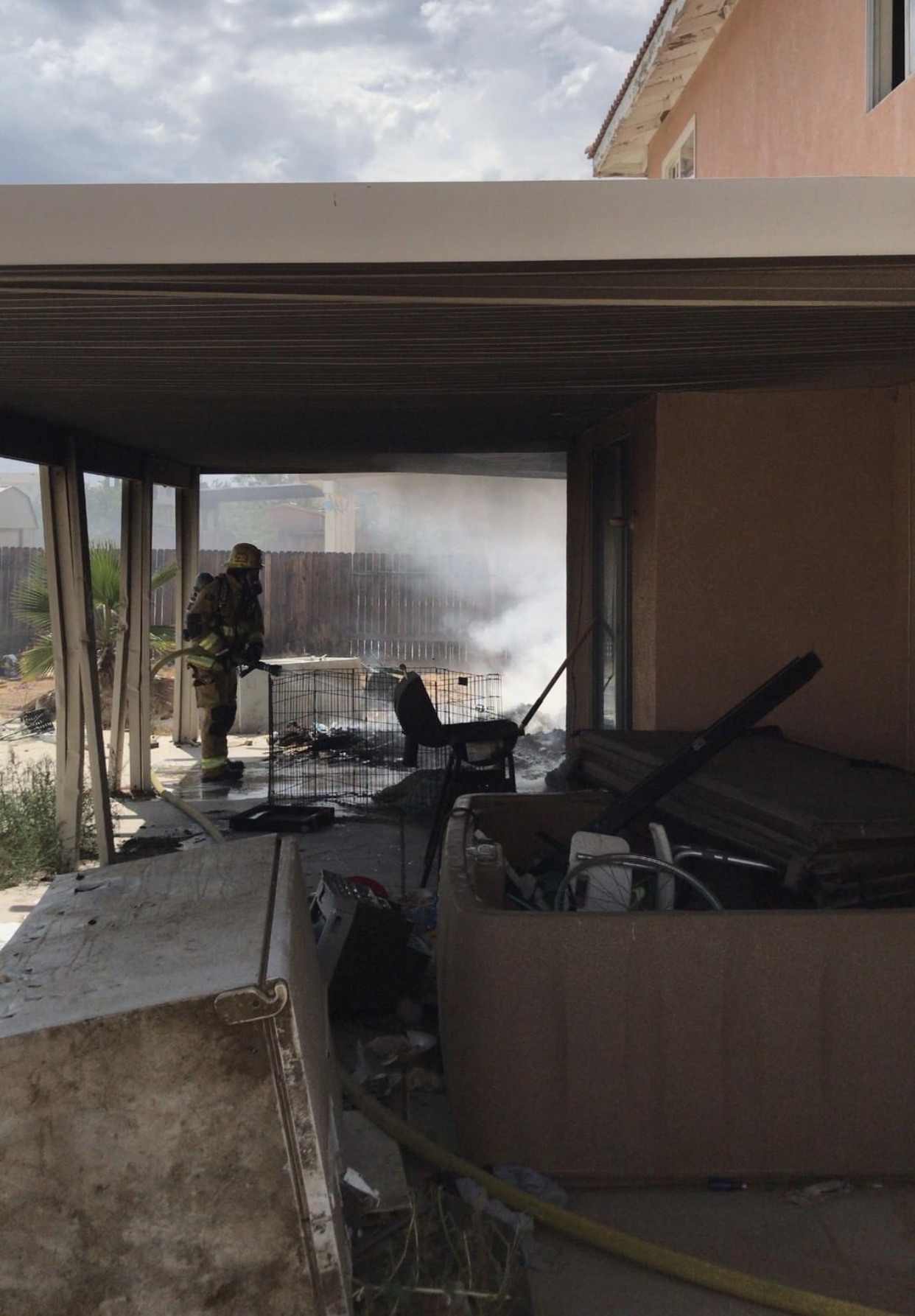 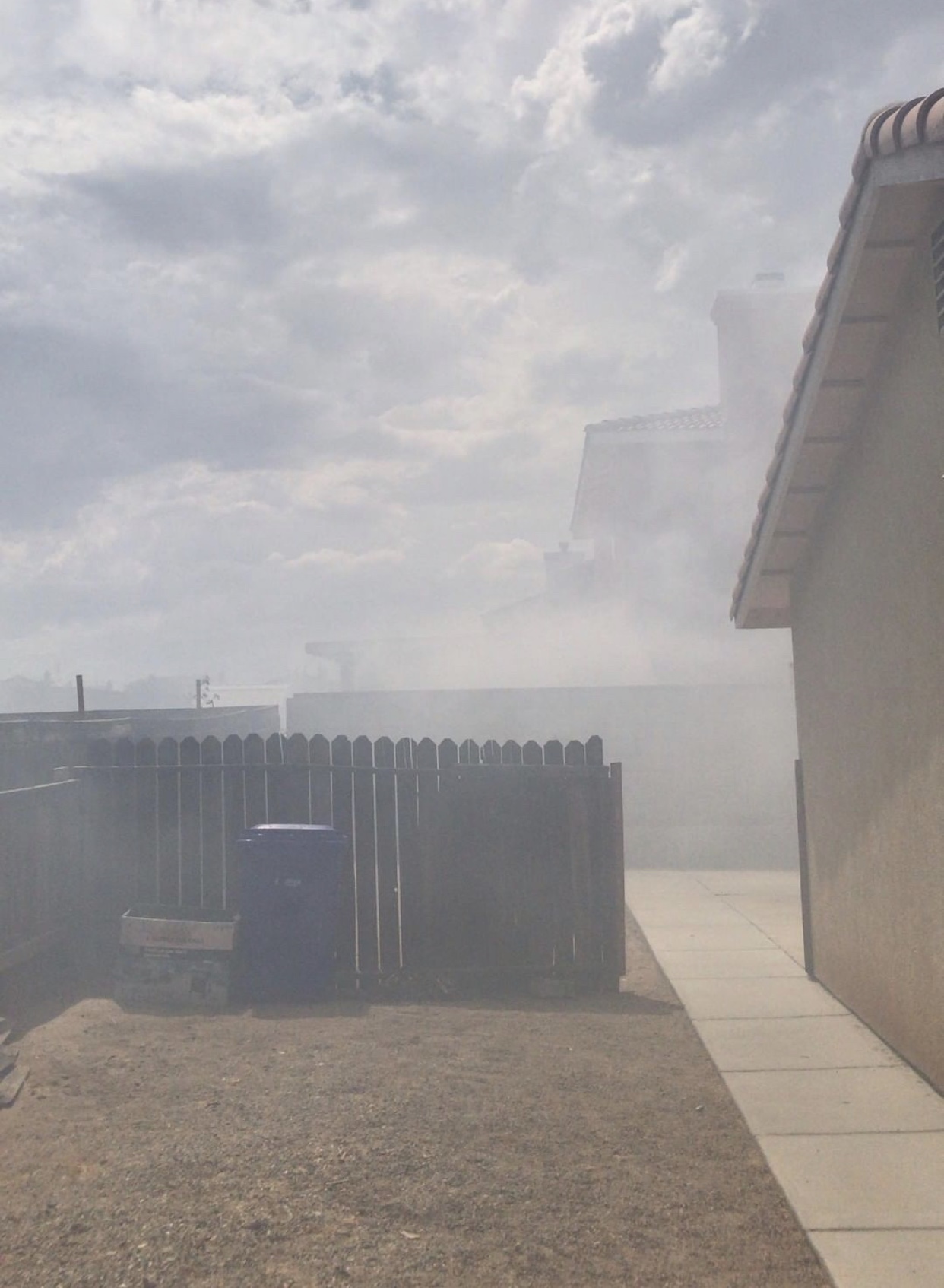 Related Topics:aeelantoHouse Fire
Up Next