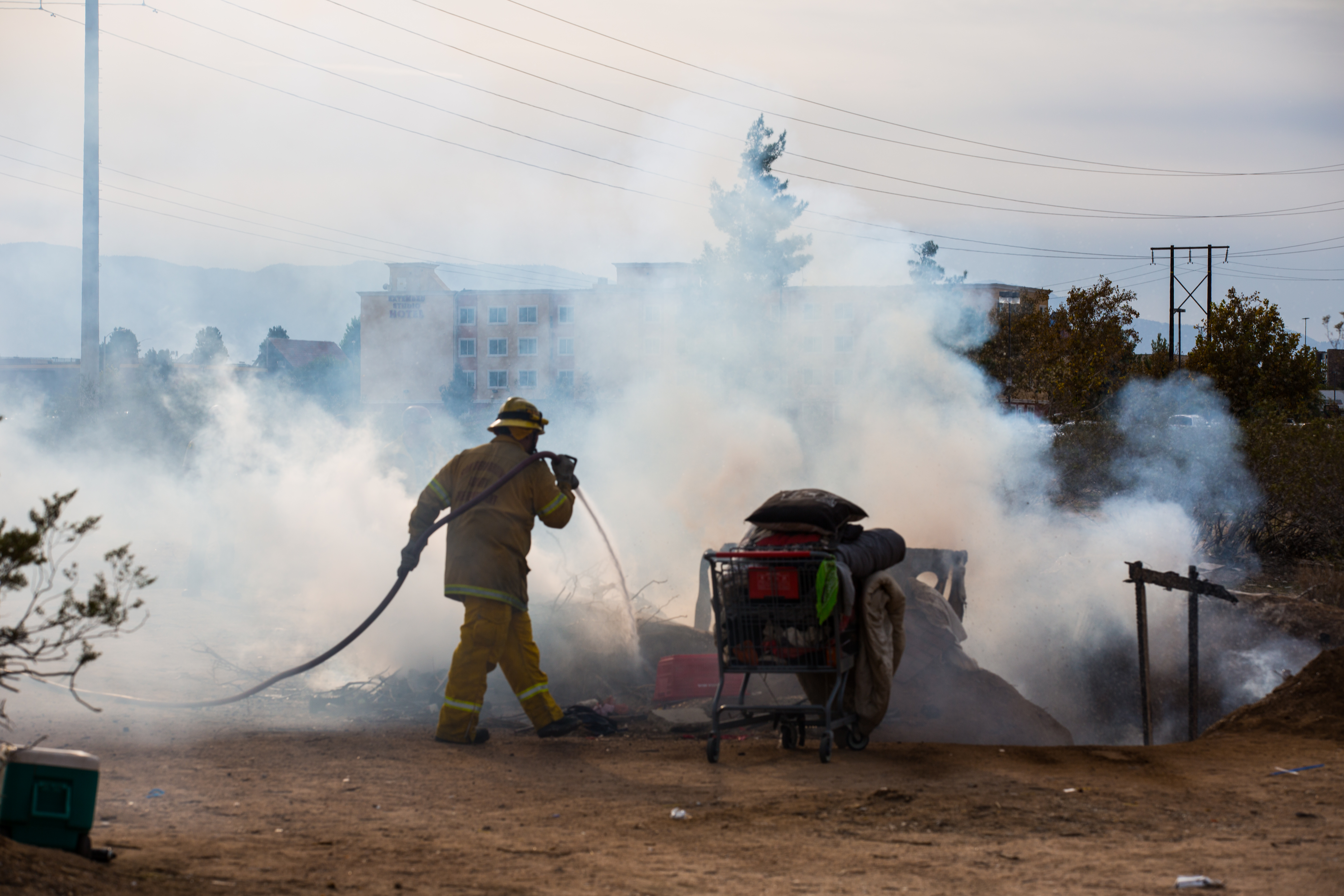 VICTORVILLE:(VVNG.com)- At approximately 4:15 P.M., on Tuesday, October 27, 2015 dispatch received multiple reports of thick black smoke billowing into the air. San Bernardino County Firefighters were dispatched to the 12200 block of Cottonwood Avenue in Victorville to a vegetation fire in a field behind the El Super Market.

Upon arrival, firefighters determined the fire was coming from a homeless encampment. The fire was burning inside of a 3 foot deep, 15×20 man-made hole filled with various debris, including a large mattress.

Firefighters quickly extinguished the flames and prevented the fire from spreading to surrounding dry brush and scattered debris.

According to officials, witnesses reported seeing several transients running from the location shortly after the fire started.

At this time the official cause of the fire is unknown. No injuries were reported as a result of the fire.

For the latest news in real-time be sure to join our Facebook group Victor Valley News with over 60,000 members. 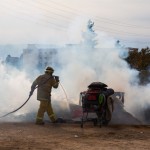 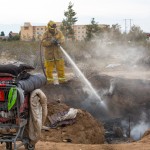 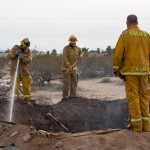