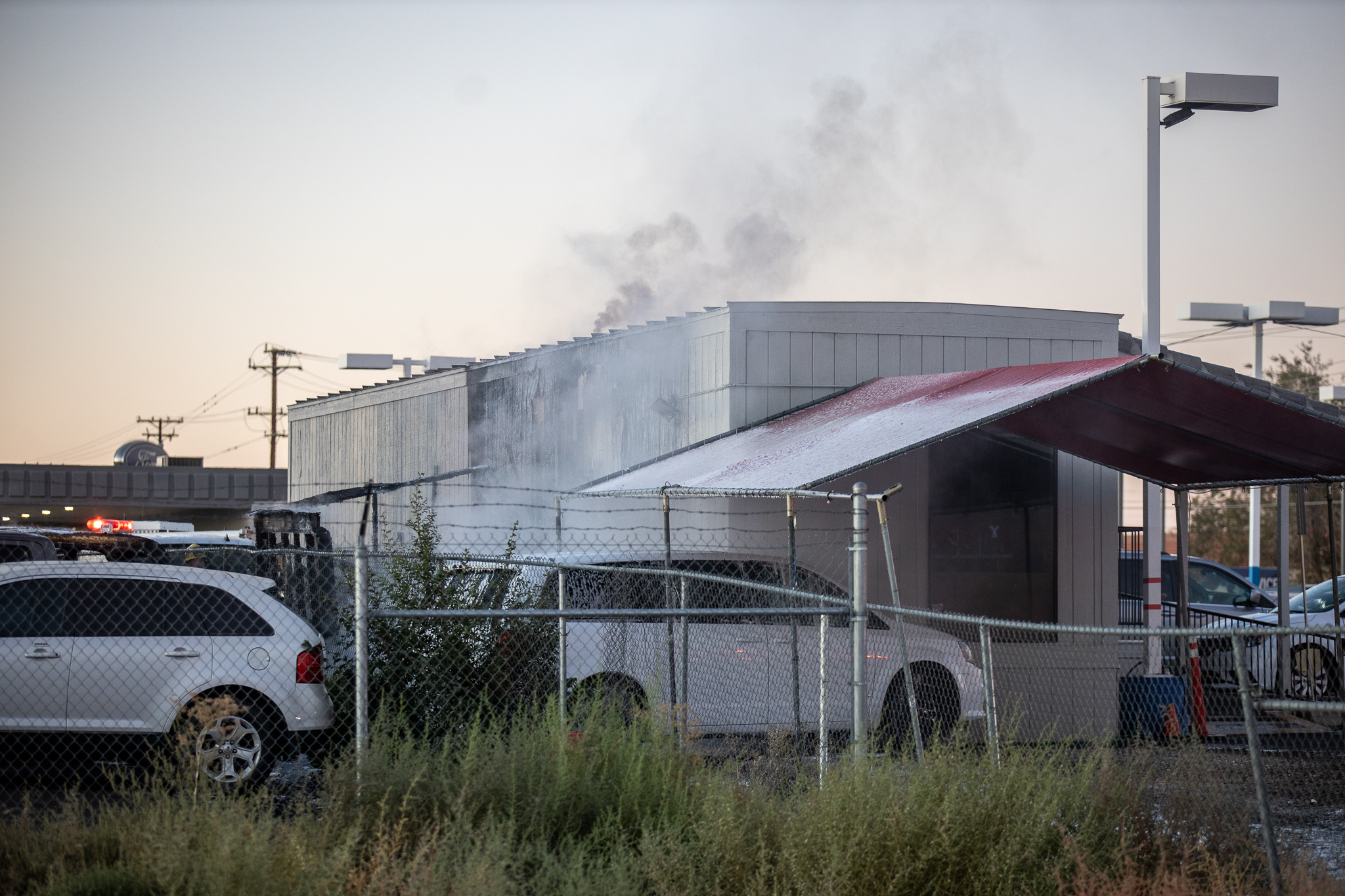 At about 6:39 am on October 22, 2019, dispatch received multiple reports of a fire at the Avis Car Rental at 14211 Amargosa Road, across the street from the Victorville Police Department.

Firefighters arrived at the scene and found a manufactured structure with heavy fire to the rear.

The fire caused a large header of black smoke that was visible from around the Victor Valley.

Firefighters gained access to the rear of the property and also located three vehicles that had caught on fire.