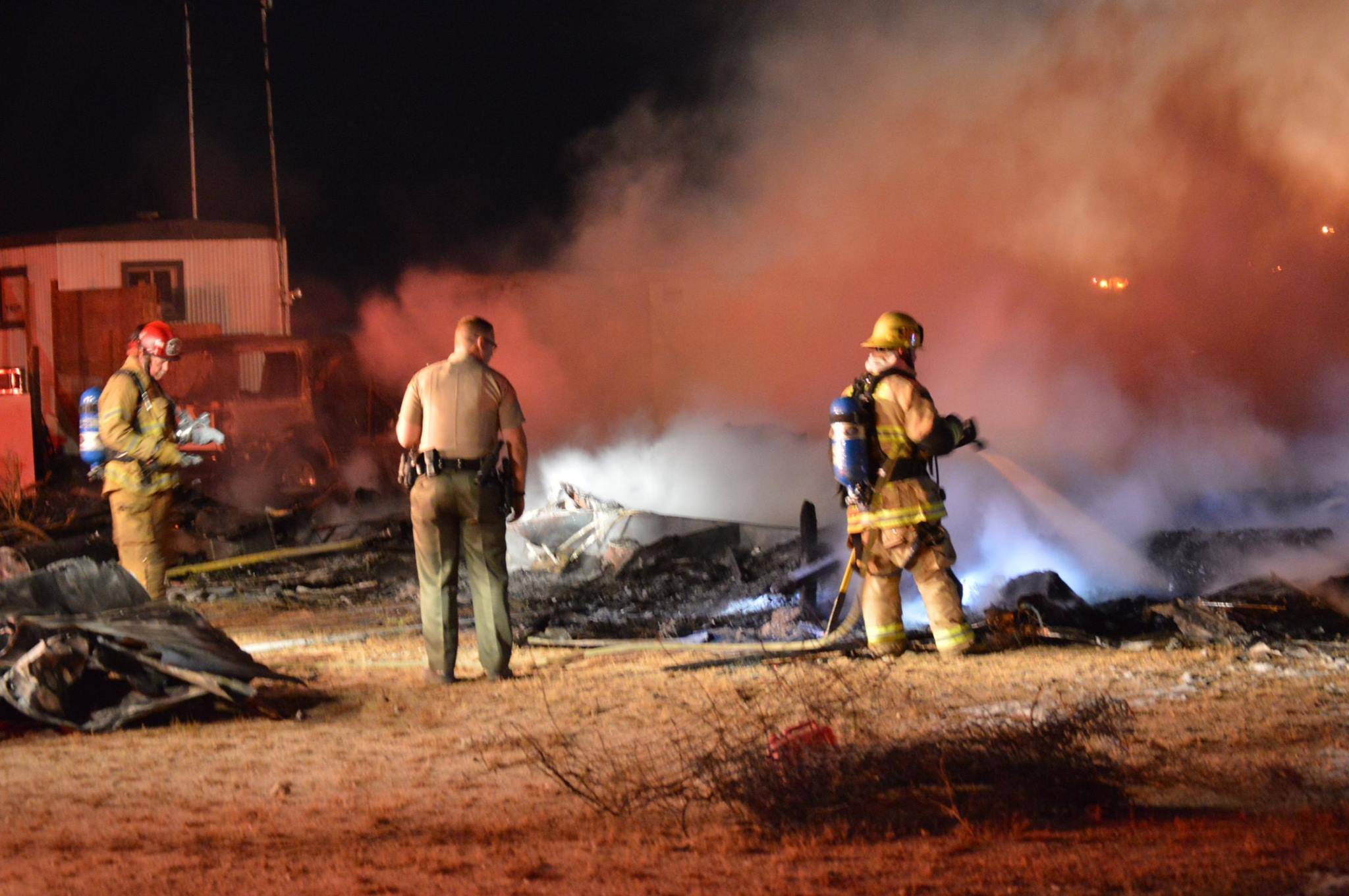 ADELANTO-(VVNG.com):  Dispatch received multiple reports of a structure fire in the area of Arlington Street and Aster Road in Adelanto.

Per scanner traffic, firefighters could see large flames at least 1 mile away, as they made their way to the incident location on the 14700

The ferocious blaze was reported at about 8:40 P.M., on Monday, June 1, 2015. Upon arrival, firefighters discovered a well engulfed single-wide mobile home with possible extension to some vehicles. No immediate water source was available due to no fire hydrant in the remote area making a water tender necessary to assist in extinguishing the fire.

There were no occupants in the home at the time of the fire. According to the San Bernardino County Fire Department Spokeswoman, Tracey Martinez, the home is a complete loss and two SUV’s were damaged as a result of the fire. There were no injuries to Firefighters or civilians. Firefighters fought the fire with the use of six engines, and one water tender. 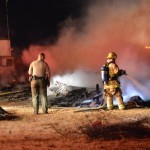 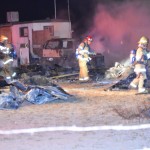 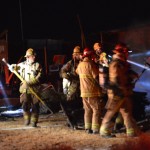