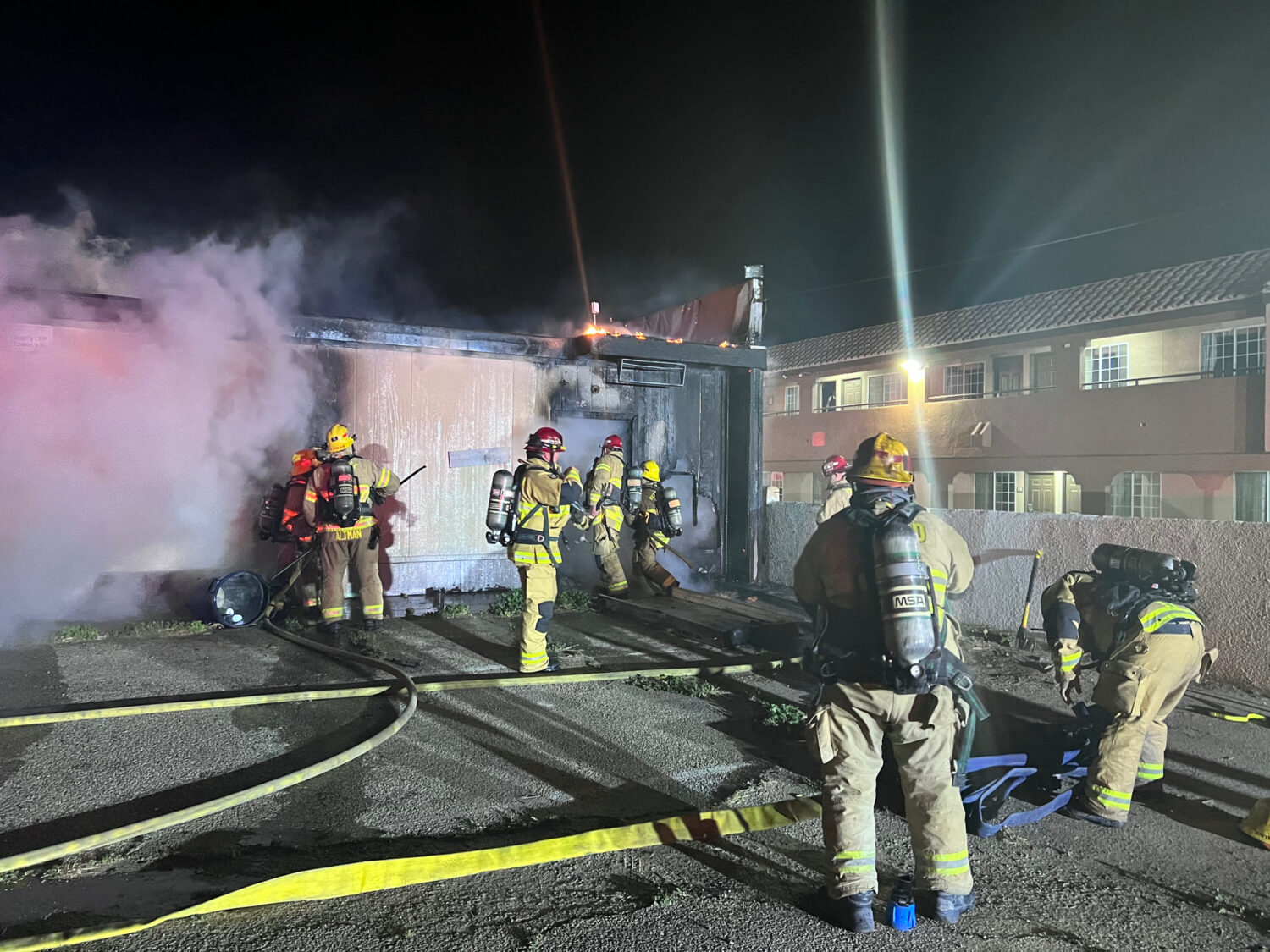 According to a tweet from SB County Fire, arriving units located heavy smoke and fire from a single-story boarded-up building, and firefighters went into the offensive attack.

The fire was knocked down and there was no damage reported to any of the nearby buildings.

Firefighters confirmed that a primary and secondary search of the structure was all clear.

VVNG member Danielle Elloweryson commented in the Facebook group and said homeless people had been getting into the building through a person-sized hole to the rear of the building. “This is the 2nd time it’s been on fire within 3 years. I think just needs to be demolished and fenced off,” she stated.

No injuries were reported by civilians or firefighters and the cause of the fire remains under investigation.