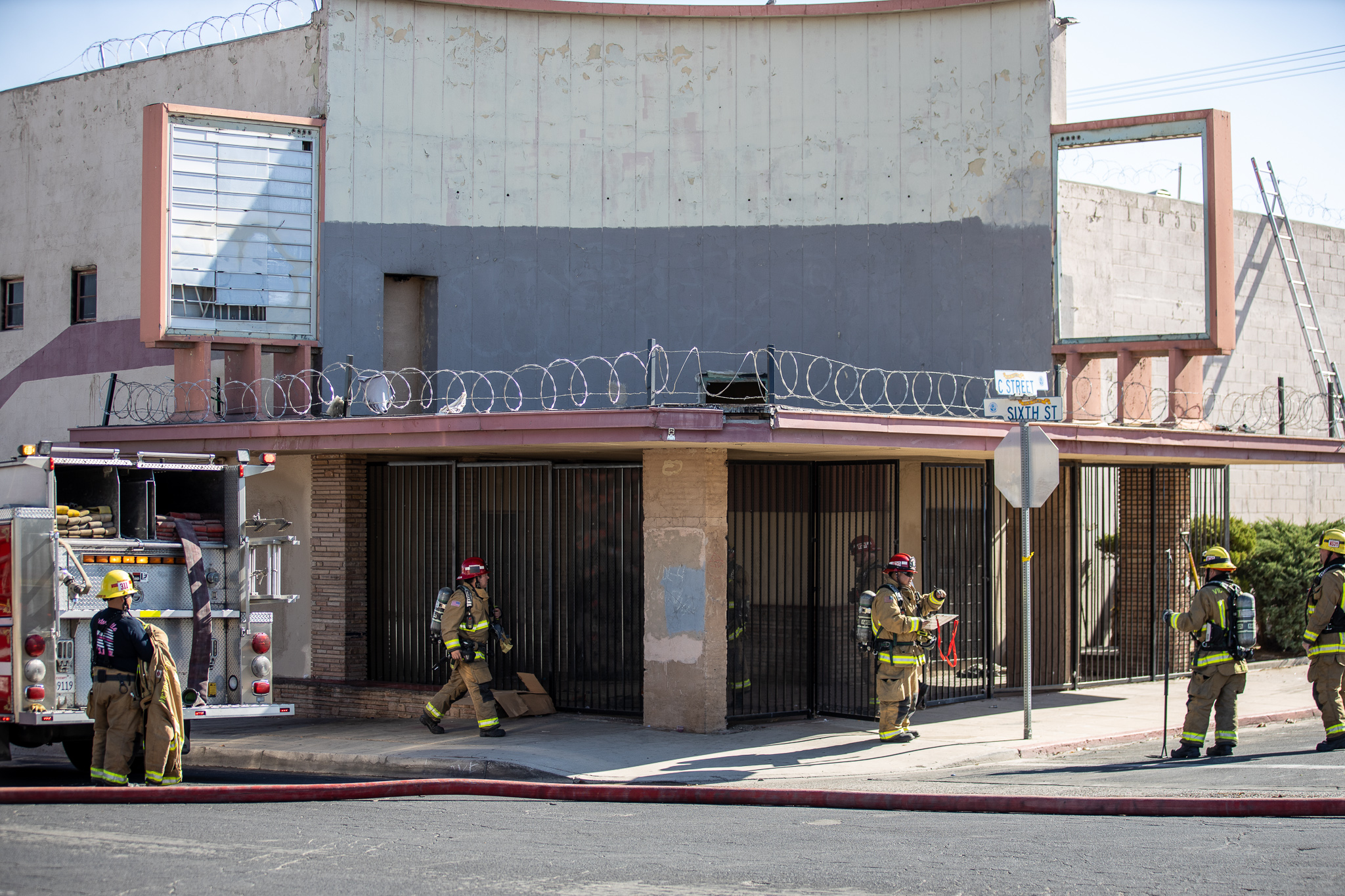 Victorville City Firefighters were dispatched to a commercial structure fire just before 10:30 am, on October 27, 2019.

Firefighters arrived on scene and found light smoke showing from the roof. Crews made access to the roof and cut holes for vertical ventilation. Several bars on the doors and windows of the building made entry a challenge for fire crews.

Fire crews from Apple Valley Fire Protection District assisted in the efforts. Once inside, firefighters had the fire knocked down and isolated to an area inside of the theater.

A nearby resident spoke with a VVNG photographer and said police were out last week and kicked out transients that had broken into the vacant building. The man said he’s personally after watching a group of homeless people sliding through the metal gates.

The extent of damages and the cause of the fire are both currently unknown. No injuries were reported.