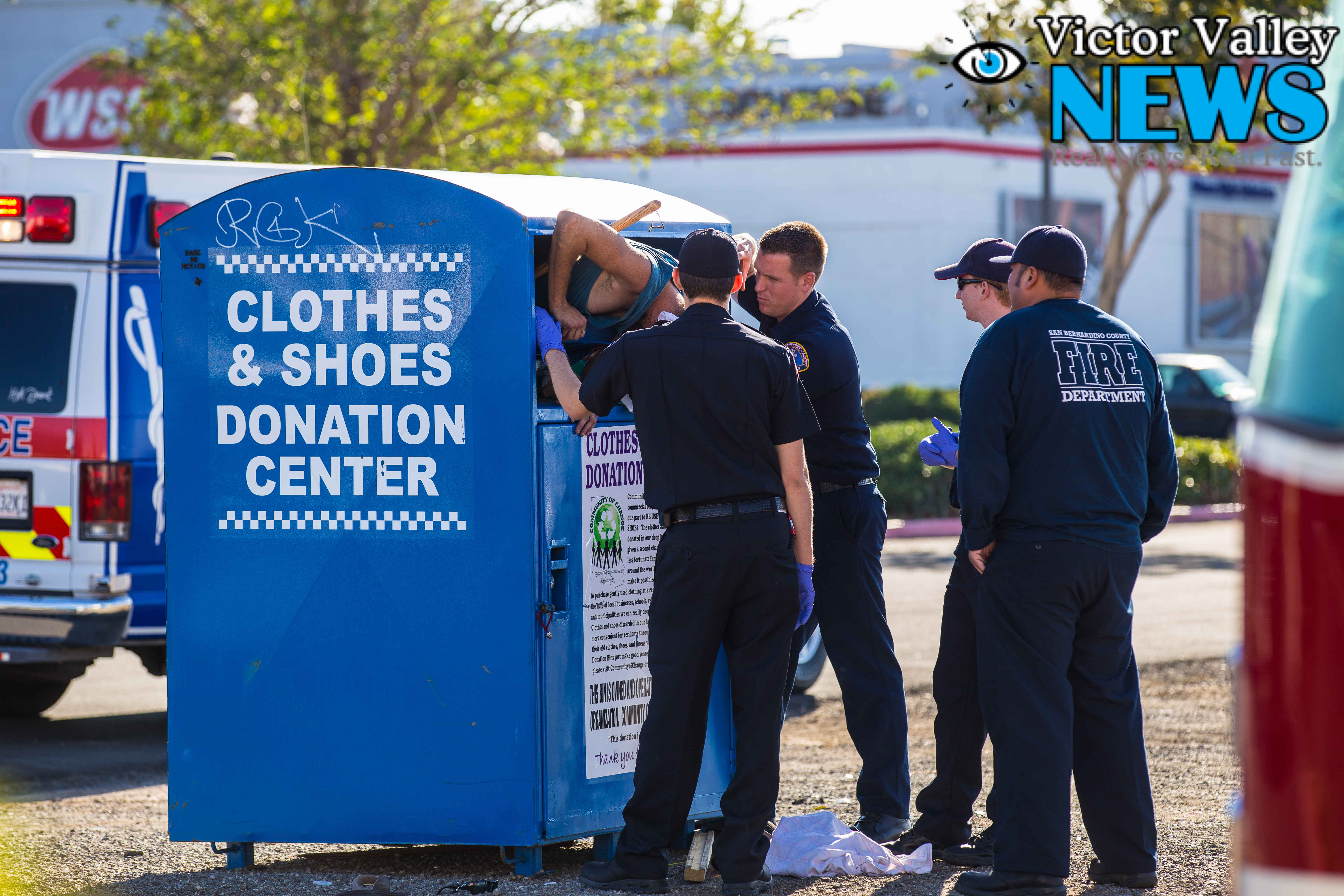 VICTORVILLE:(VVNG.com)- On Wednesday, September 16, 2015 at approximately 3:45 P.M., firefighters responded to a report of a man trapped inside a clothing donation bin.

The “Clothes & Shoes Donation Center” bin is located on the 15100 block of Bear Valley Road in the Home Depot parking lot.

According to Nick Carrillo, employees from the nearby Home Depot attempted to free the man but were unsuccessful and decided to call 911.

When San Bernardino County Firefighters arrived to the bizarre scene they found the male desperately attempting to free himself from inside the narrow opening on the blue donation bin. It took firefighters approximately 20 minutes to rescue the trapped man.

According to officials, the man was not injured and it’s unknown why the man climbed into the bin.

Fortunately on this day, local temperatures in the Victor Valley were much cooler.