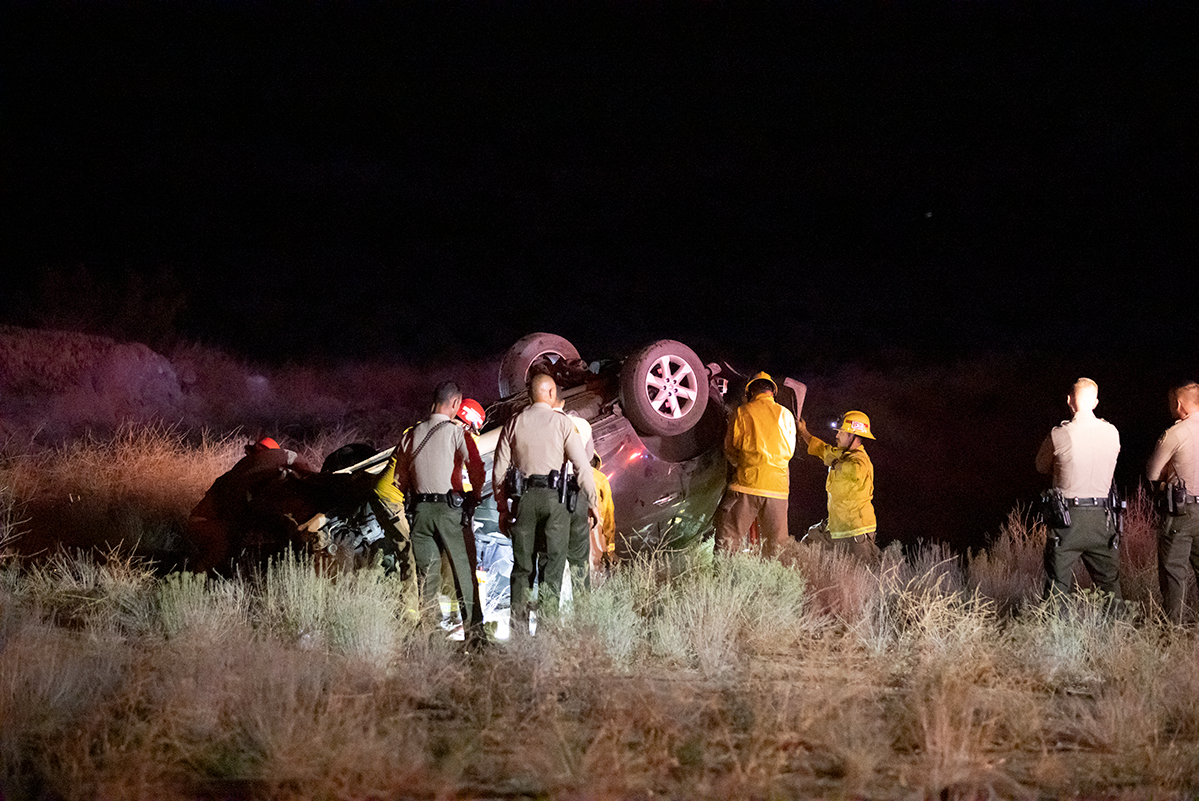 The 32-year-old driver was the only person inside the vehicle. (Gabriel D. Espinoza, VVNG.com)

It happened just before 11:00 PM on September 8, 2020, in the area of Hesperia and Seneca Roads in Victorville and involved a 2009 Nissan Murano.

The driver, Robert Esqueda, a resident of Victorville, was northbound on Hesperia Road at an unknown speed when he drove the SUV up a curb and approximately 50 feet into the desert area.

Sheriff’s spokeswoman Mara Rodriguez said the vehicle rolled several times before coming to a stop on its roof. Esqueda was trapped in the car and had to be extricated by personnel from Victorville City Fire Department. He was flown to a trauma center for evaluation and treatment.

The spokeswoman said his condition is not currently known. “The exact cause of the incident is under investigation and toxicology results are pending,” she stated.