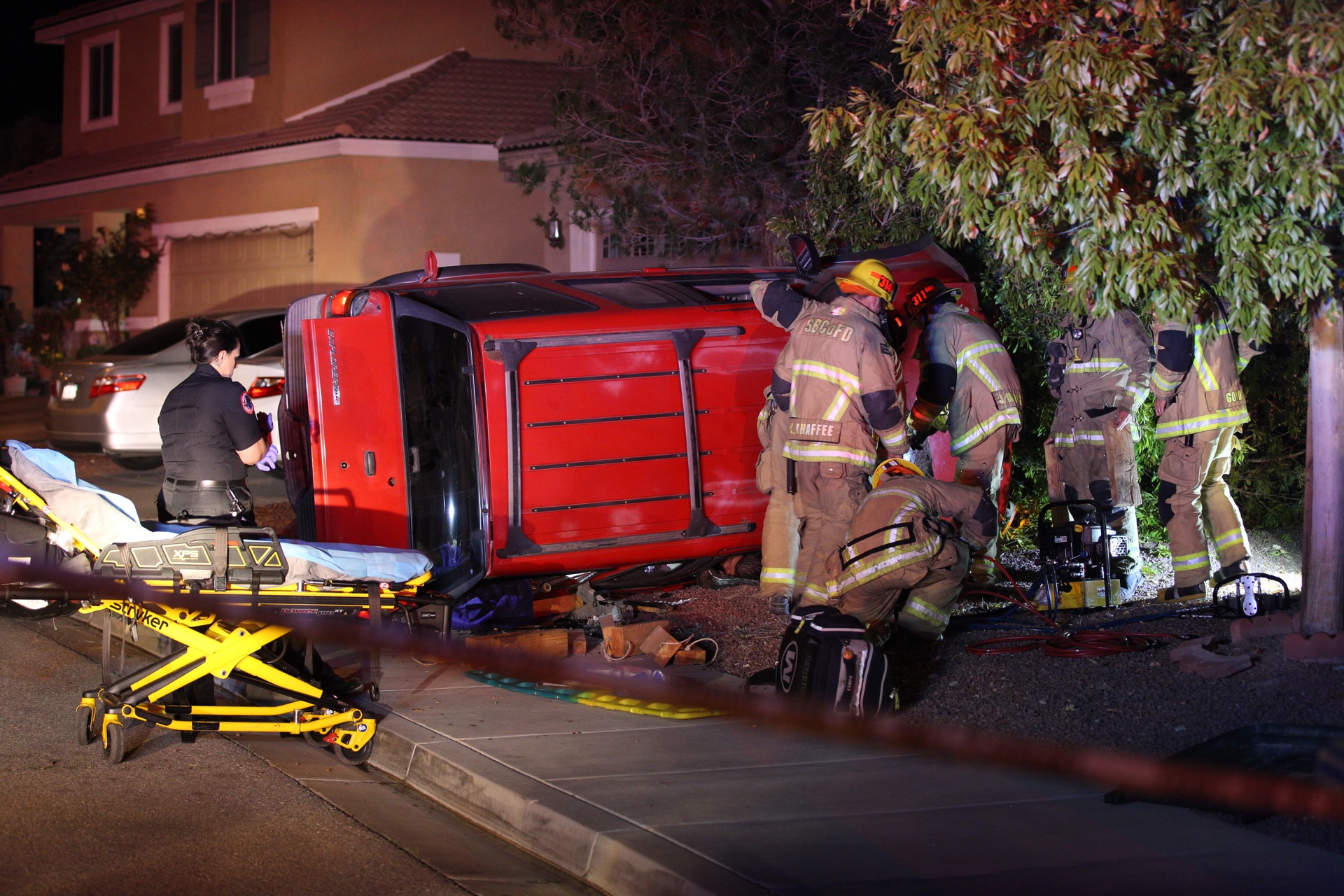 VICTORVILLE, CALIF.(VVNG.com)- A 30-year-old man was pinned underneath an SUV after the vehicle overturned Monday night.

On November 7th at about 11:00 p.m. dispatch received reports of a single vehicle rollover on the 15600 block of Choctaw Street in Victorville.

San Bernardino County Fire responded and located a 1997 red Ford Explorer on its side with a single occupant trapped underneath the vehicle.

San Bernardino County Fire Department firefighter-paramedic Steven Castagnola said, the male in the vehicle had his arm stuck underneath.

A total of seven firefighters responded including one battalion, a truck company, and an engine company.

According to Sheriff’s spokeswoman Mara Rodriguez, the vehicle’s registration was found to be expired and was towed and stored.