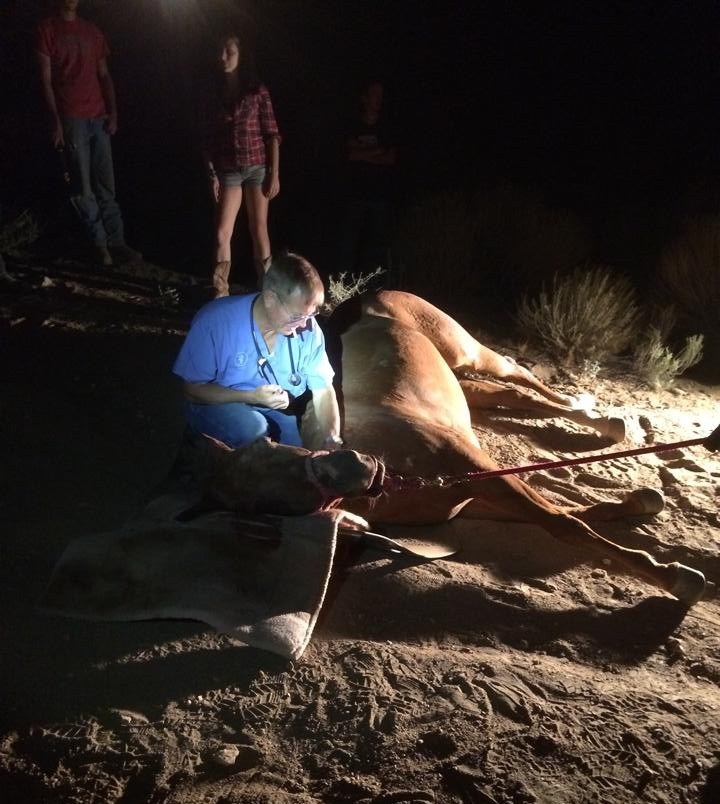 HESPERIA:(VVNG.com)- A horse was safely rescued after falling into a trench and landing upside down. At 7:49 p.m. San Bernardino County Firefighters were dispatched to assist in the rescue of a saddled horse that had fallen into a 4 foot deep, 20-30 foot embankment on Elm Street and Alta Mesa Road in Hesperia.

The horse was stuck in the embankment on it’s back leading firefighters to call for a backhoe to facilitate the rescue. San Bernardino Firefighters as well as a veterinarian and the Rancho Cucamonga fire department were called to assist in the rescue.

“County fire has requested specialized horse equipment and rescue personnel trained in horse rescue from the Rancho Cucamonga Fire Department to assist in the extraction of the animal,” reported San Bernardino County Fire Department Spokesman, Captain Jay Hausman. According to Hausman, there were no people injured as a result of this accident and the rider was at the scene. Hausman added, “It appears the horse lost it’s footing attempting to come up out of the drainage”.

At approximately 10:36 p.m. the horse was extracted from the trench and was moved to the surface. A veterinarian on the scene was there to assess the horses injuries and provide any treatment necessary. Victor Valley News is happy to report the horse is doing just fine and was walking around after being pulled from the trench.

The teamwork of all involved in the rescue created a happy ending for the horses owner and horse, who by 10:45 p.m. were heading back with the trailer to their home. 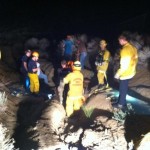 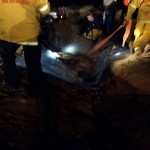 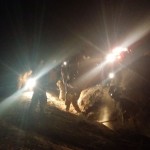 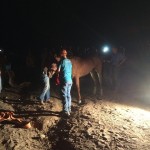 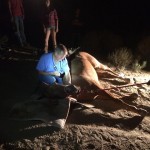 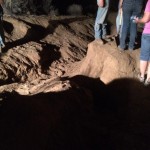