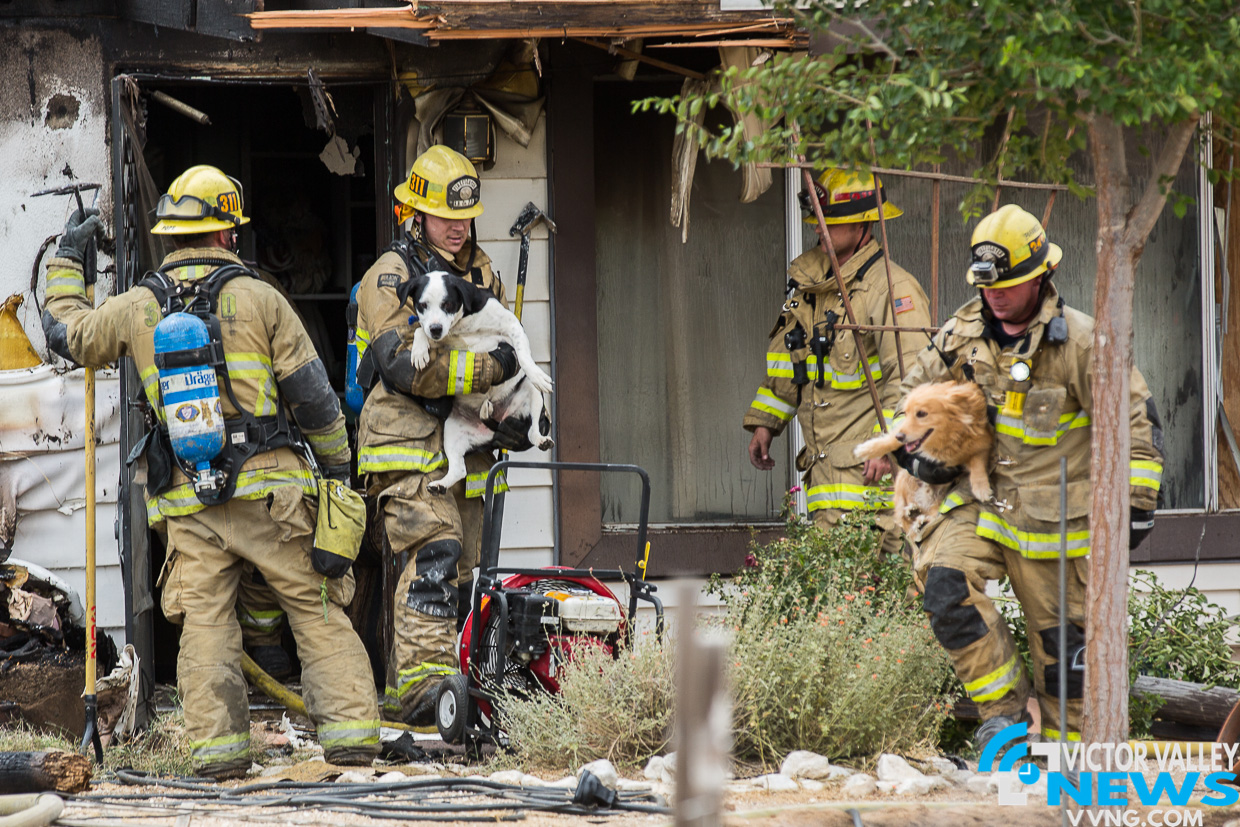 At 1:30 p.m., the  San Bernardino County Fire Department responded to a residential structure fire on the 15500 block of Condor Road.

One person was home at the time of the fire and was able to exit safely. However, that person told Victor Valley News that he searched for the dogs but they were hiding under a bed and he couldn’t get to them.

“Our crews did a primary search and found four dogs that lived in the house, all dogs were alive and well and our crew was able to bring them out and reunite them with their owners,” Kelly Anderson said.

The homeowner is grateful for the fire department’s quick response, and from their neighbors that called 911 and attempted to douse the house with buckets of water.

“I wanted to run in and try to get (the dogs) out if they were in there, but by that time there was already black smoke and I couldn’t breathe so we were just trying to keep the fire down,” said next door neighbor Jessica Perez.

Firefighters were able to extinguish the fire within 10 minutes with the assistance of three fire engines, a truck equipped with a ladder, a squad truck, and a battalion chief.

The cause of the fire remains under investigation, but officials did say there were no working smoke detectors in the home.

“San Bernardino County Fire Department does encourage all homeowners to have working functional smoke detectors in their home so that you can be alerted at the time of the fire,” Anderson stated.