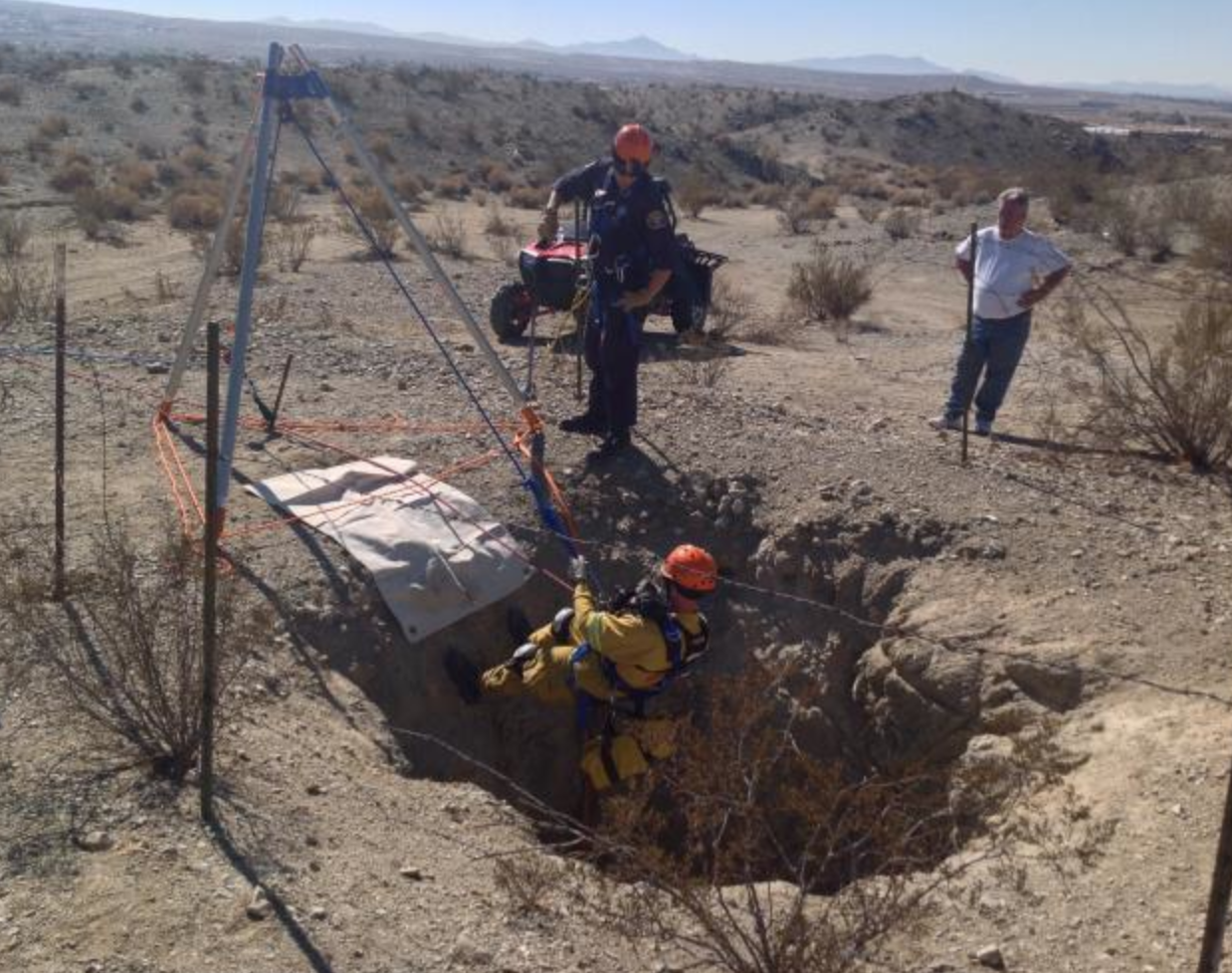 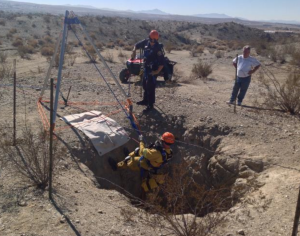 Community Blvd. in Hinkley after the owner of a Chihuahua called stating his dog had fallen into the shaft. The owner and his dog, dubbed “Puppy Dog”, had been off-roading when they stopped to take a break. When

Puppy Dog, a 9 month old female Chihuahua, did not immediately return, the owner searched the area until about 9 p.m. At the light of day the next morning, he returned to the area to continue the search. He heard faint barking coming from a nearby mine shaft. He then called the fire department for assistance.

In all, eight firefighters, including members of the San Bernardino County Fire Technical Rescue Team out of Hesperia, responded. Rescuers set up an Arizona Vortex to conduct a high angle rope rescue. Engineer Rich Lyons was lowered about 25 feet down into the 8’ x 8’ in diameter mine shaft. The dog was standing on a debris pile located on a ledge approximately 25’ down. The exact depth of the shaft is unknown, however firefighters could see light at least 50’ feet down.

Puppy Dog immediately climbed up onto Engineer Lyons and started licking him. The dog was placed inside a secure, padded bag and both the rescuer and dog were hoisted to safety. The dog was unharmed and 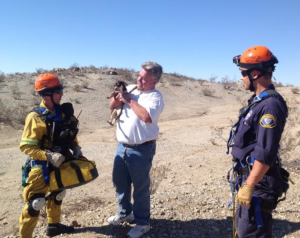 returned to his happy owner. The entire rescue took about an hour and a half to conduct.

The High Desert in San Bernardino County is peppered with abandoned mines. Visitors should use extreme caution in these areas when off-roading. This particular mine shaft had barbed wire around it, however most do not. Always ride with a partner and let someone know what area you are planning to be in.