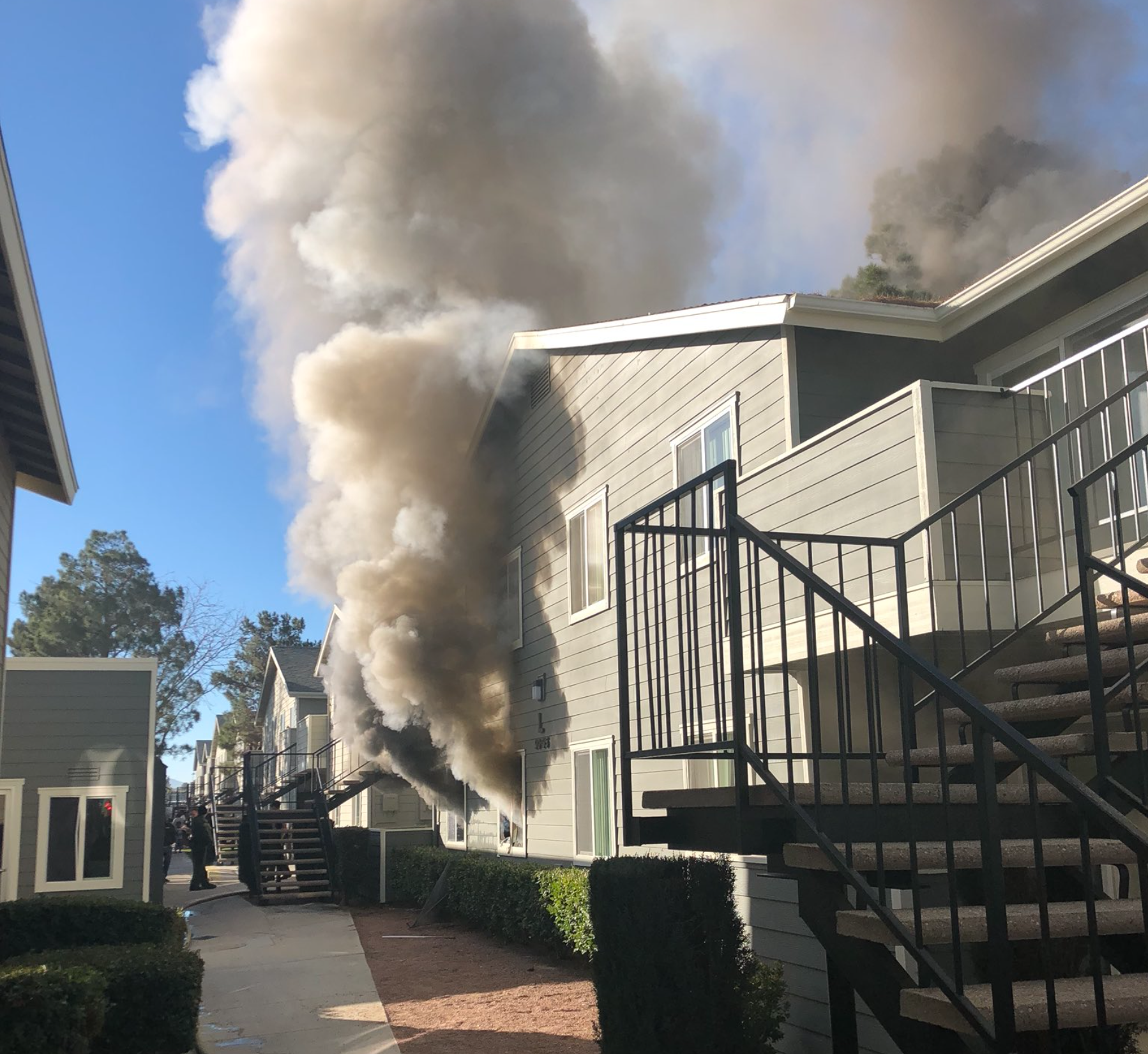 VICTORVILLE, Calif. (VVNG.com) – San Bernardino County Firefighters are on scene of an apartment fire in Victorville.

At about 9:10 am, 911 received numerous reports of a fire inside a unit at the Colony Apartment complex located at 14450 El Evado Road in Victorville.

Upon arrival, firefighters found heavy black smoke and fire showing from multiple units of a 2-story complex. Arriving firefighters went into an offensive attack on the fire and requested additional resources to the scene, according to a SB County Fire tweet.

By 8:36 am, firefighters knocked down the fire and contained it to the 1st story with smoke and damage to a second story unit.

A Fire Investigator is en route to the scene to help determine the cause of the fire.

No injuries have been reported by civilians or firefighters. Information on how many people were displaced as a result of the fire, has not been released. 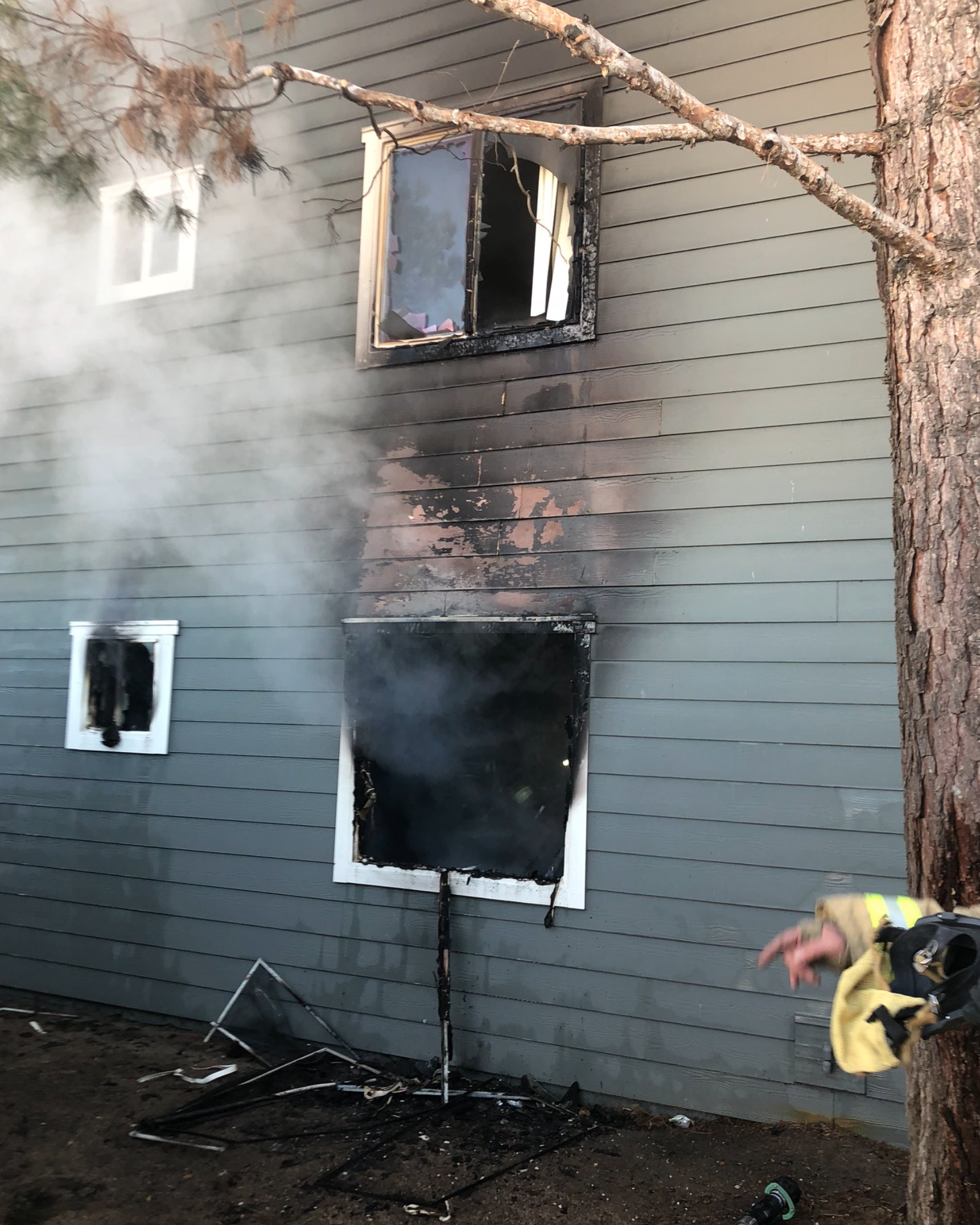 2 arrested after police respond to burglary in progress