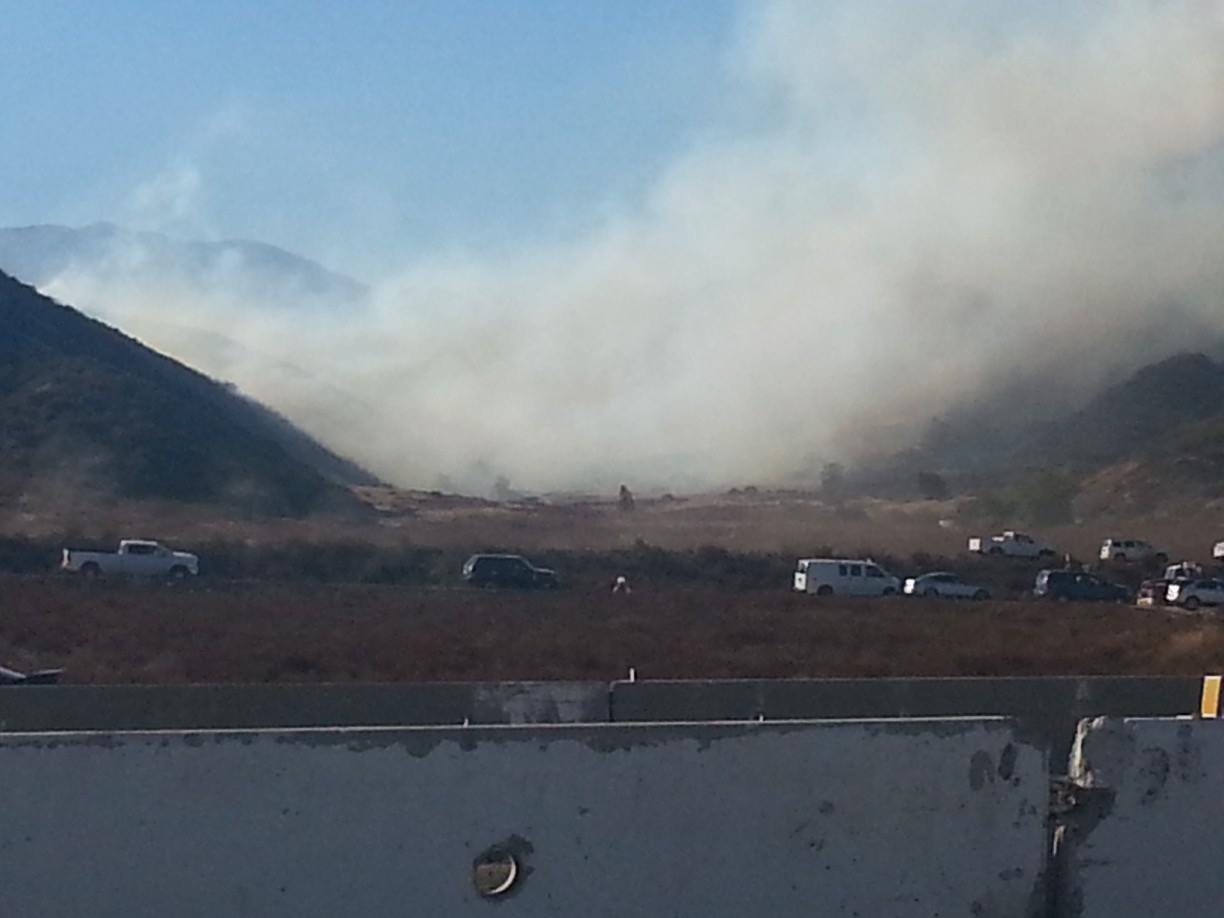 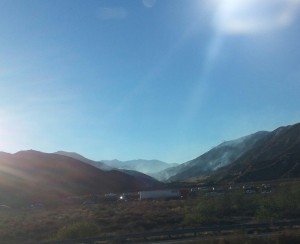 Devore: Firefighters are working on containing a vegetation fire in the area of Lytle Creek near the Glen Helen exit along the 15 freeway. As of 4:30 p.m., the fire has reportedly burned 20-30 acres and is affecting traffic. Commuters traveling along the NB-15 freeway are reporting that traffic is very slow, starting around the Sierra exit and through the 215 interchange.

Currently at least 5 helicopter scoopers are providing air support . In addition a DC-10 Tanker has been requested along with 3 additional ground strike teams to assist in battling the fire.

The fire quickly grew in size and has burned 200 acres as of 6:30 p.m on Tuesday. Several homes along Glen Helen road just west of the 15 freeway were placed under mandatory evacuations as the fire threatened several nearby homes.

At least 100 fire personnel were working to contain the fire and no injuries have been reported. The cause of the fire is still currently unknown, although arson investigators were reportedly on scene. 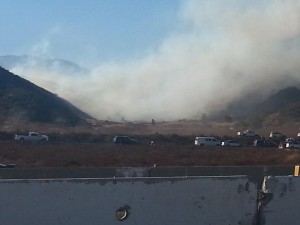 We would like to say thank you and great job to all of the hard-working firefighters, currently battling this fire. It appears they are gaining control of the fire and less smoke can be seen.