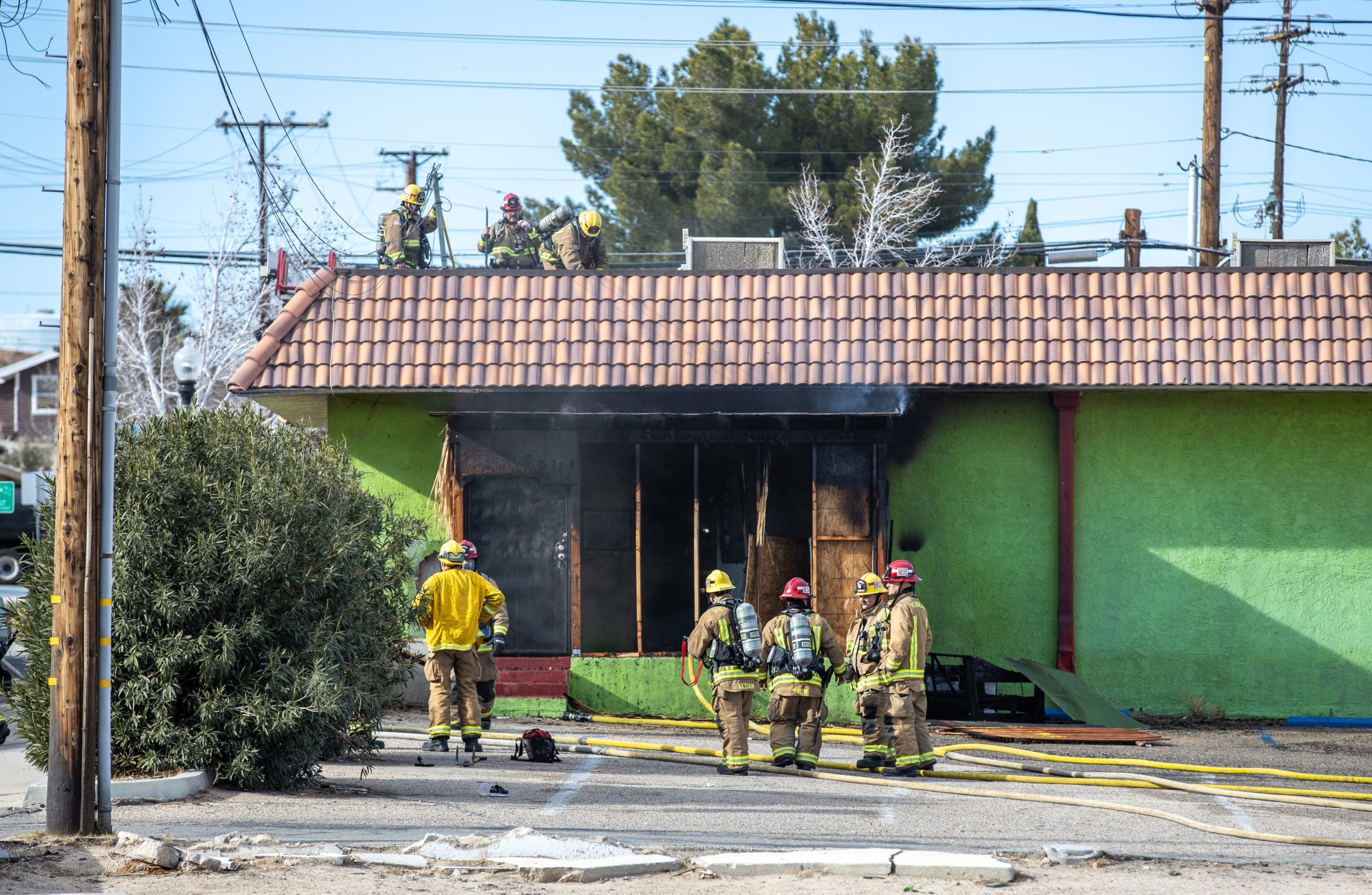 It happened at about 1:11 pm on December 19, 2019, while Medic Engine 311 and 314 were engaged in training activities at the old University Prep School this afternoon, they observed a column of smoke coming from an area to the north.

Crews left from the training and found a fire in the rear of the building located at 15505 7th St.

“The fire appeared to have been started very near the building and extended into the structure of a porch area,” stated Victorville City spokeswoman Sue Jones. “The fire was extinguished and the building was checked for extension.”

Victorville City Building Safety and Code were contacted to assess the fire area. No injuries were reported.

Jones said this is the third fire at that structure in the last several months.

“People in the area had reported seeing homeless individuals coming out of the building. If you notice people entering and/or occupying a vacant building, please call 911 to report it,” stated Jones.