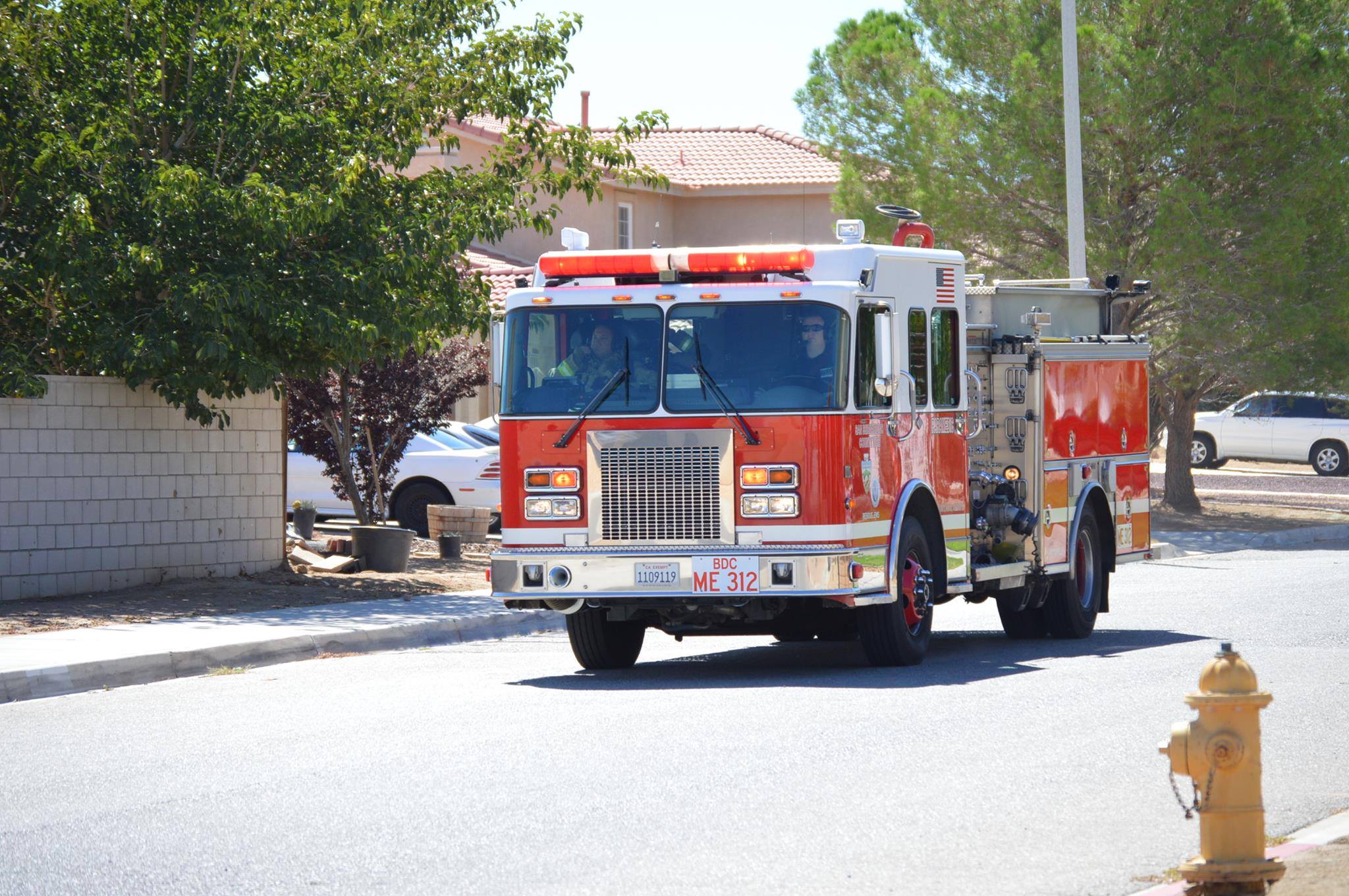 ADELANTO-(VVNG.com): Eighteen San Bernardino County Fire Department personnel were dispatched to a two-story home on the 11200 block of Meredith Street on Monday evening.  At around 6:35 p.m. reports came in indicating that there was heavy smoke showing from the garage of the two-story home.

Firefighters arrived at the home within minutes and immediately initiated an aggressive attack, keeping the fire was contained to the garage area. A search of the home revealed that all occupants had exited the home prior to firefighter arrival.

The fire was out in just under 15 minutes and the damage was estimated at $30,000, saving approximately $175,000. No injuries were reported as a result of the fire and the cause of the fire remains under investigation.