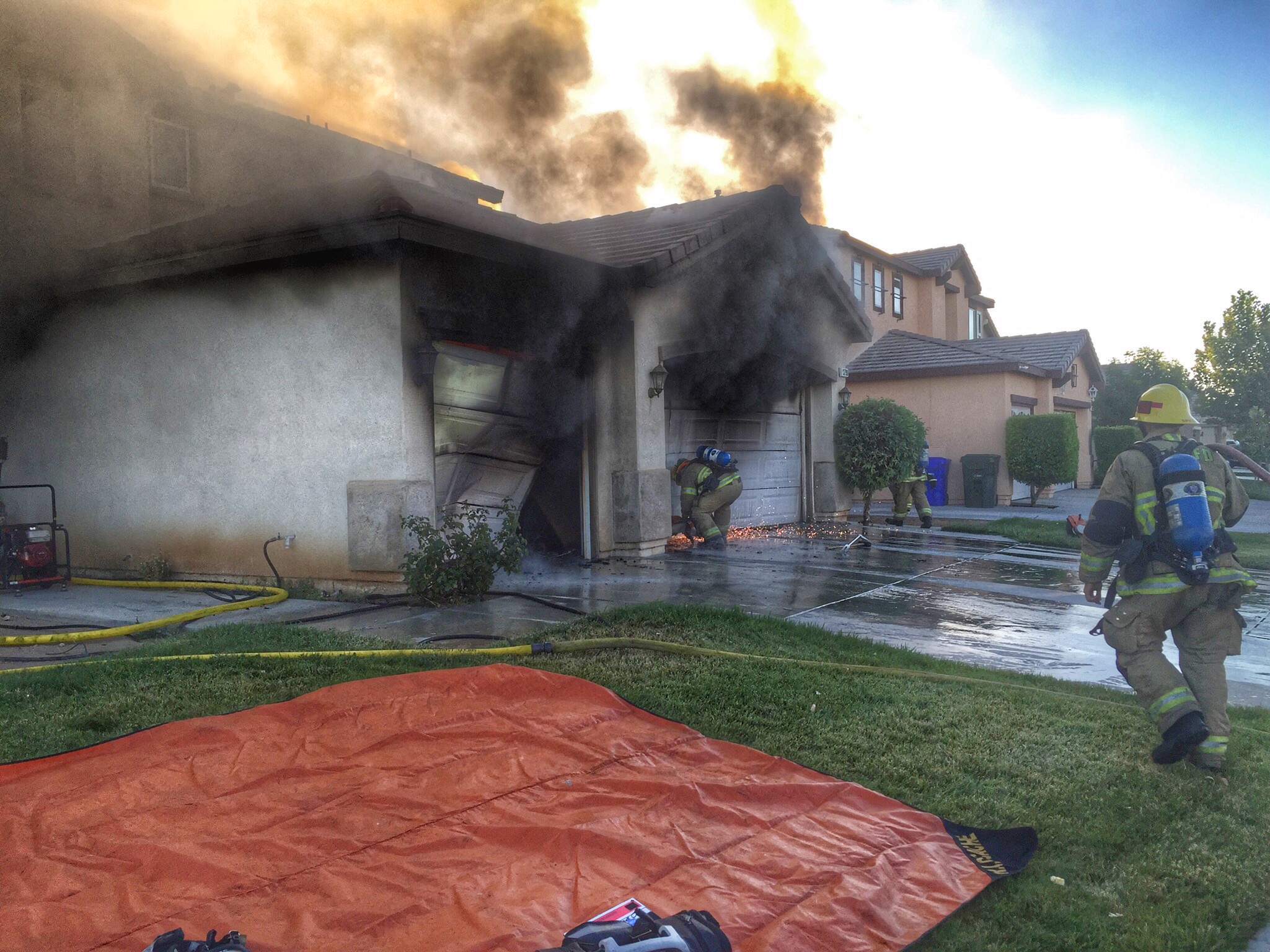 VICTORVILLE:(VVNG.com)- San Bernardino County Fire responded to a residential structure fire on the 13000 block of Finch Way in Victorville.

County fire dispatch received the call at about 6:10 a.m. on July 11th, 2016. Firefighters arrived within minutes and located heavy smoke and fire coming from the garage.

According to Public Information Officer Jeff Allen, “the fire was threatening to extend into the living space of the structure.”

Firefighters immediately went into the attack mode. “They transitional attack the garage and took some heat out of it and then made entry through the front door,” stated Allen.

Firefighters conducted a primary and secondary search of the home and there were no occupants inside the home.

A total of 18 personnel responded to the fire including, 3 paramedic engines, 1 paramedic truck company, 1 paramedic squad, and 1 battalion chief.

Jeff Allen was able to confirm that no civilians, firefighters or any of the family pets were injured during the fire. The cause of the fire remains under investigation.