At about 8:42 am, firefighters from San Bernardino County Fire responded to a two-story residential structure fire in the 16000 block of Salinas Street in Victorville.

Upon arrival, firefighters found moderate smoke from the 2nd story windows of a two-story home.

Fire Cpt. Jeff Allen told Victor Valley News, “occupants outside stated everyone was out of the house, however, family pets were possibly trapped inside”.

Firefighters made entry into the structure and deployed hose lines up the stairs where they encountered heavy fire conditions in a bedroom.

“Primary and secondary searches for human life were clear. Unfortunately, one dog was located deceased in the fire room. Two other dogs were located later and were unharmed,” stated Allen.

The fire was knocked down in approximately 20-minutes and the majority of the damage was contained to the upstairs bedroom. However, there was smoke damage throughout the house.

“Although human life is always our priority we will make every effort to safely rescue or locate family pets,” said Allen.

A total of 17 county fire personnel responded to the house fire along with 3 paramedic fire engines, 1 truck company, 1 battalion chief, and 1 fire investigator.

No injuries were reported by civilians or firefighters and the cause of the fire remains under investigation. 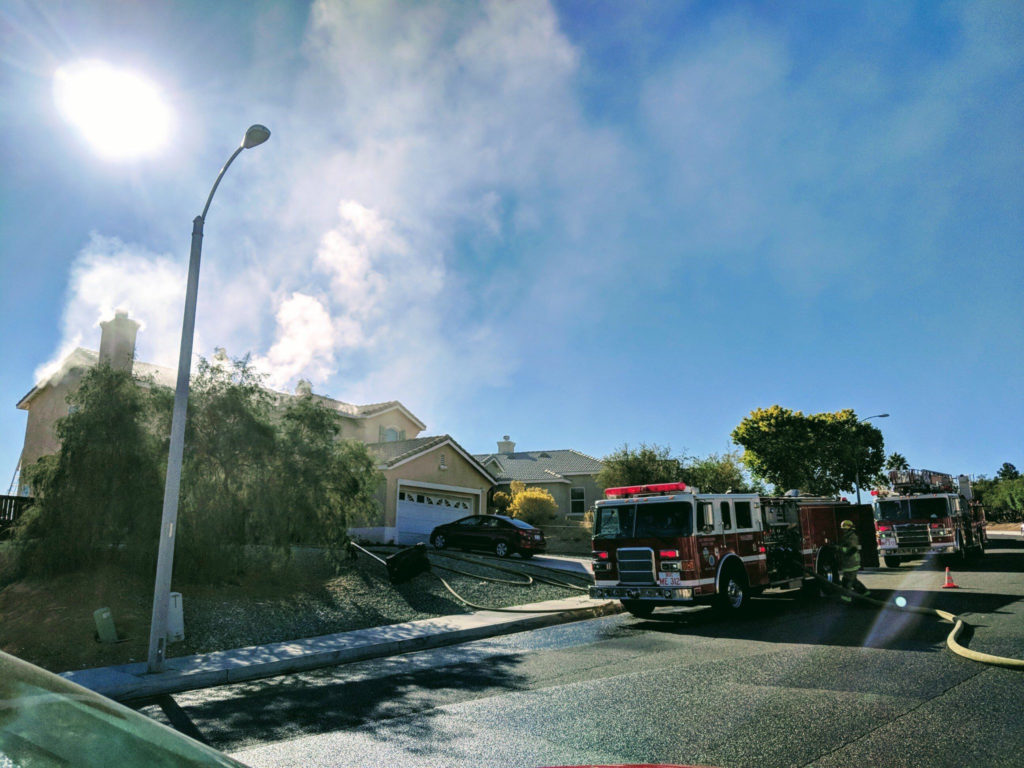