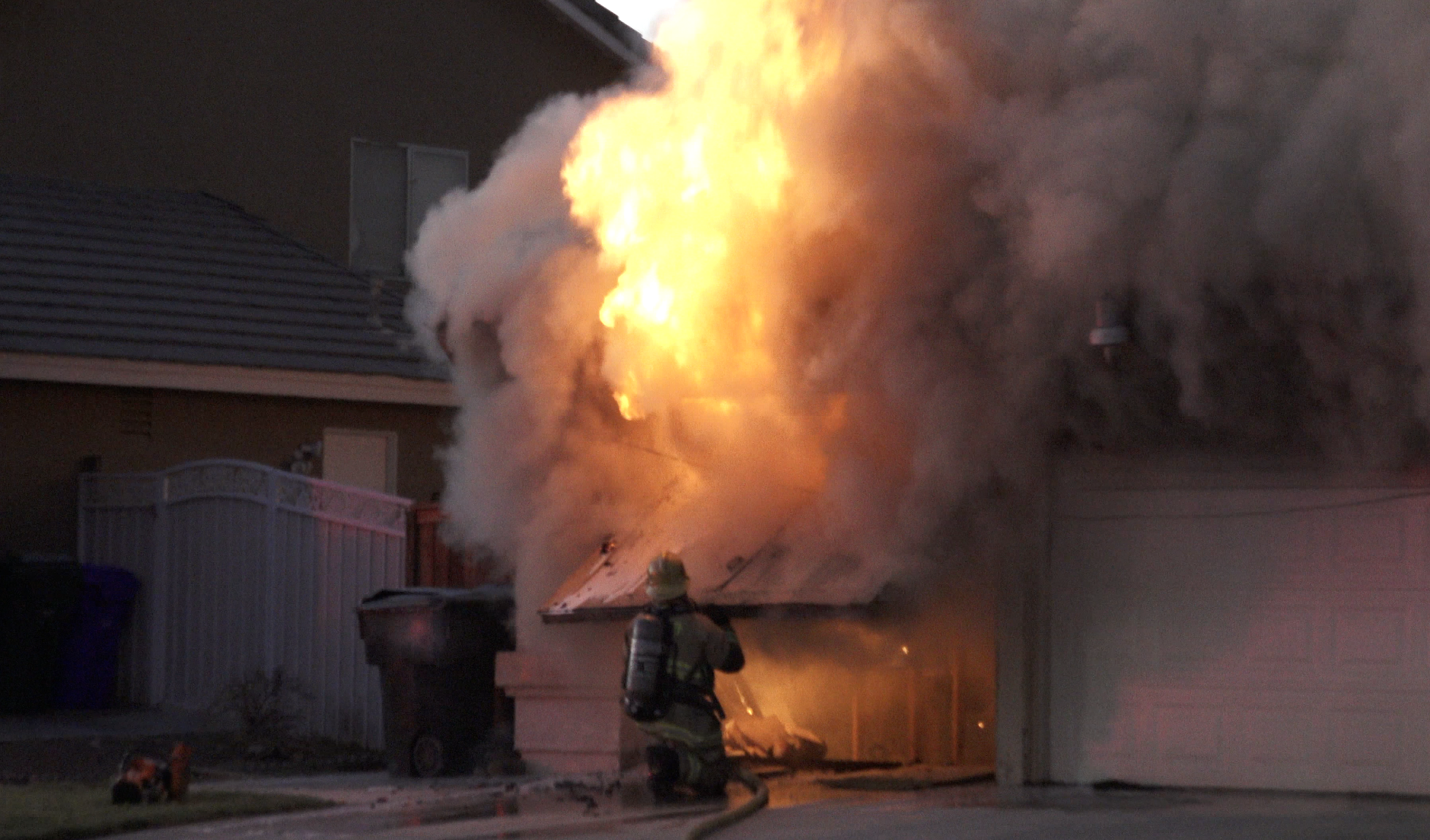 County Fire Captain Jeff Allen told Victor Valley News, “the first unit on scene, Medic Engine 313 arrived on scene in six minutes and reported a fire in a two-story single family dwelling with the majority of fire located in the garage and extending into the living quarters of the residence.”

Arriving firefighters immediately went into the attack mode and secured a water supply from a nearby water hydrant.

Firefighters climbed to the roof of the house and assisted with cutting holes into the roof to help release some of the smoke, a term referred to as vertical ventilation.

A quick primary search of the house was done to ensure there were no occupants inside and it was determined all occupants had self-evacuated prior to firefighters arriving.

According to Allen, the home sustained some smoke damage, however, firefighters were successful in preventing the fire from spreading into the house.

“Under county fires regional service model the aerial ladder truck actually responded from station 304 in the city of Hesperia.  Truck 304 is the closest ladder truck to many areas in the south side of the city Victorville,” stated Allen.

No injuries were reported by residents of the home or firefighters. The cause of the fire remains under investigation.