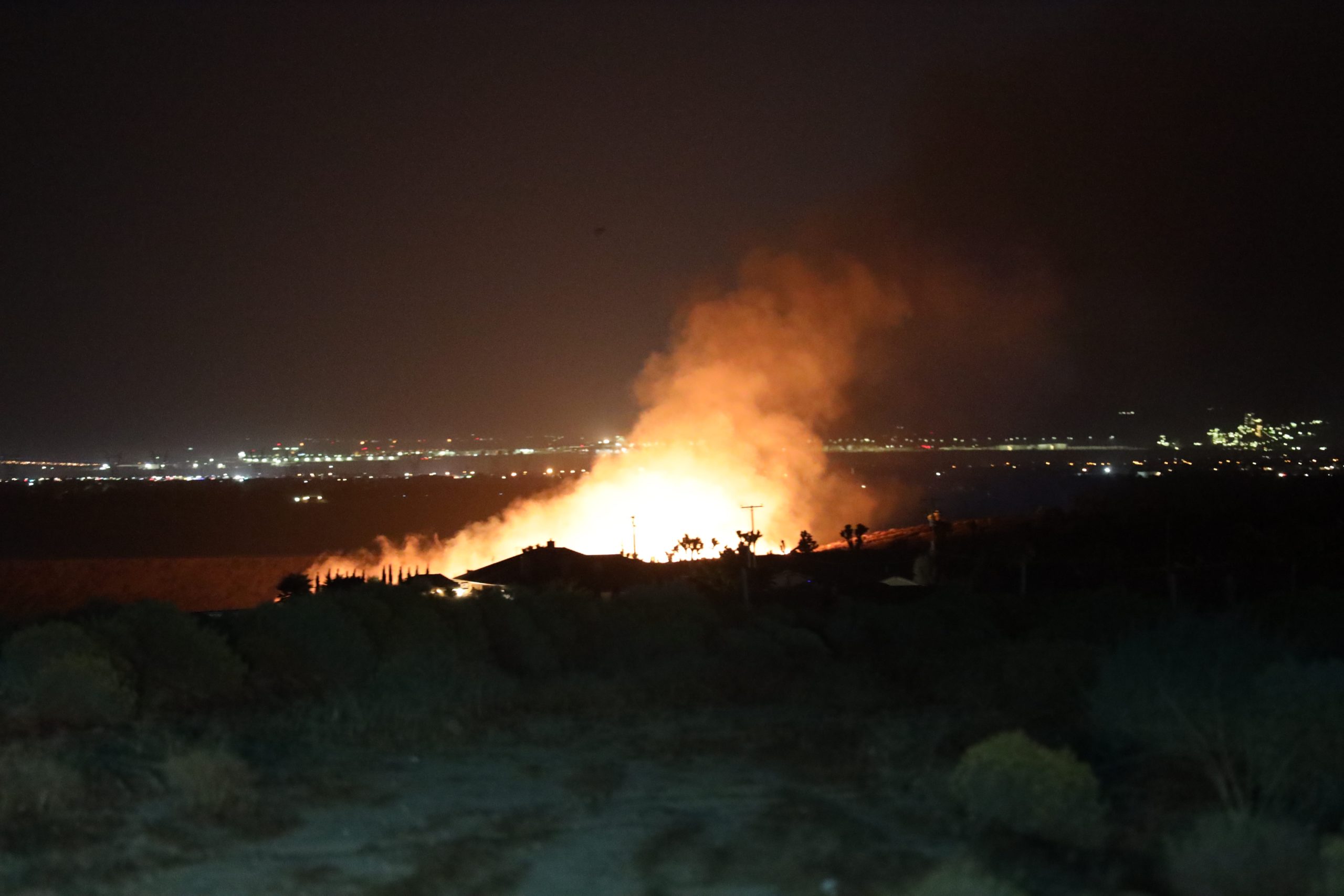 The fire was reported on October 17th at about 7:12 PM in the area of El Centro and Caliente Roads.

San Bernardino County Firefighters at the scene reported the fire was 5-7 acres in size with a moderate rate of spread and the fire was moving to the north.

According to unconfirmed reports, the blaze was started by a vehicle fire. At about 8:08 pm the fire was reported to be knocked down.

Many residents across the Victor Valley reported smelling smoke from the fire.

No injuries were reported and a fire investigator was requested to the scene to determine the cause of the fire.

Related Topics:brushfireoak hills
Up Next