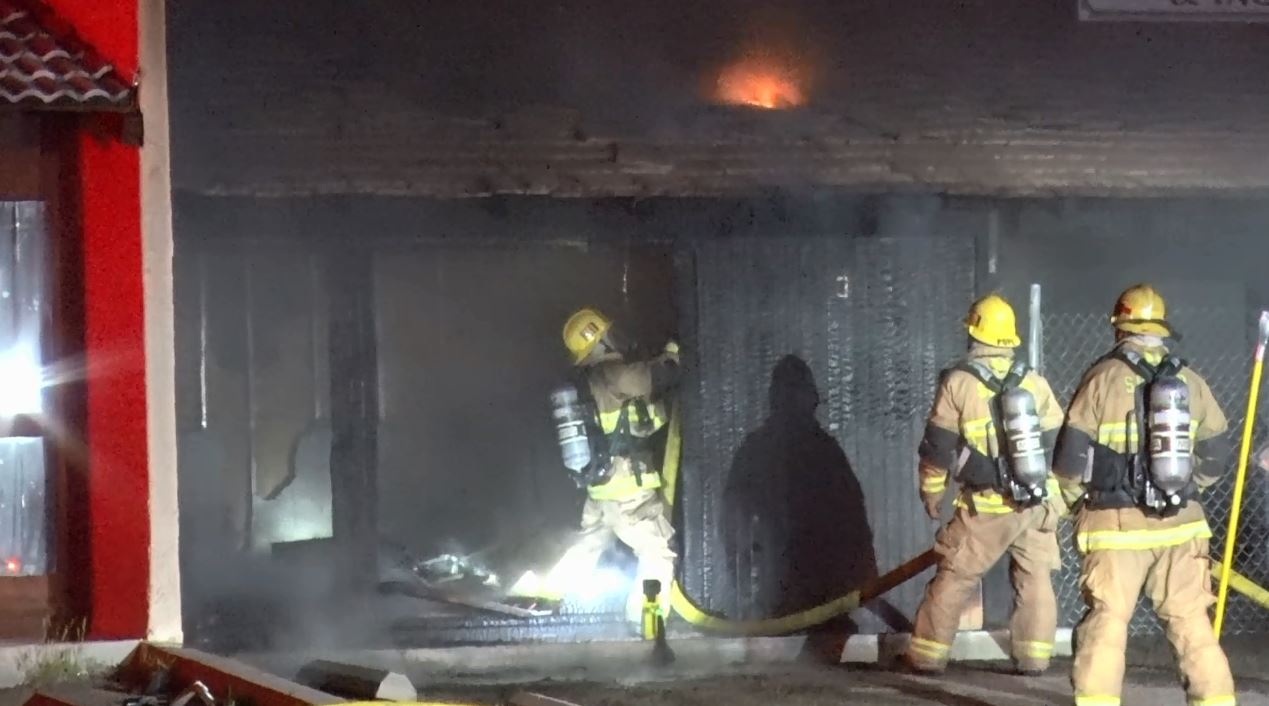 At about 10:50 pm, firefighters responded to multiple reports of a structure fire in the 14000 block of St. Andrews Drive in Victorville.

Firefighters entered into a defensive mode as they worked aggressively to keep the fire from extending into adjacent businesses.

Quick action from initial attack crews kept the fire from spreading from the vacant involved units into the surrounding occupied businesses. County firefighters were successful in their attack, and the fire was brought under control in approximately twenty-two minutes.

No injuries were reported and damage estimates are still being compiled. The cause remains under investigation. 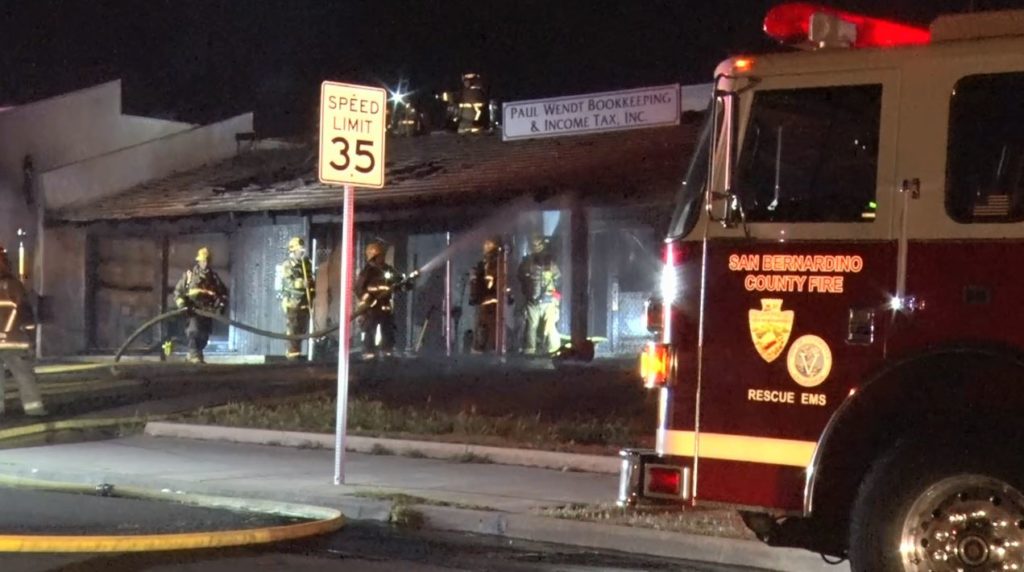