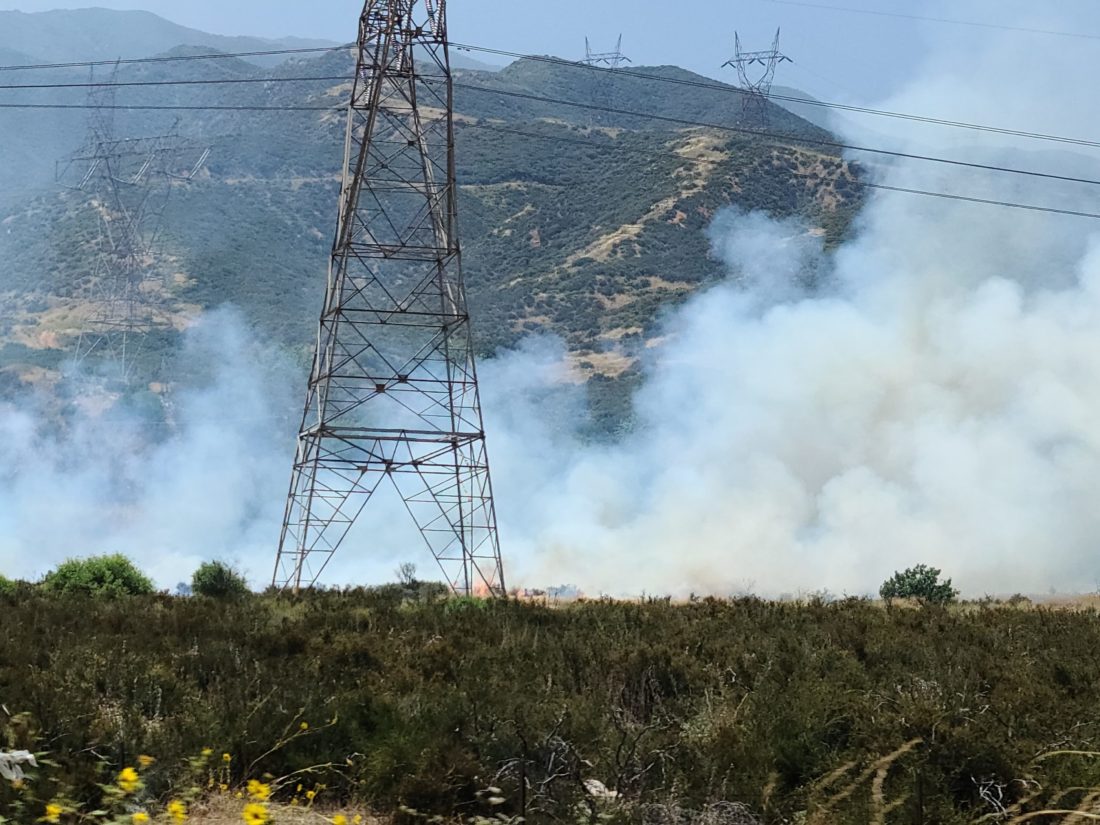 Fire crews worked quickly to knock down a fire along the I-15 freeway in Fontana. (photo by Jessica Olvera)

FONTANA, Calif. (VVNG.com) — Fire crews worked quickly to knock down a brush fire that briefly threatened structures near the I-15 freeway in Fontana.

Just before 2:00 PM on June 17th dispatch received reports of white smoke in the Lyttle Creek area near Sierra Avenue and the I-15. At one point brush was burning dangerously close to homes prompting the request for a full aircraft response.

As of 2:30 PM, the fire is estimated to be 3-5 acres in size and the forward rate of spread has been stopped. Fire crews from several agencies are on scene assisting.

According to the California Highway Patrol incident logs, Fontana Police requested CHP to shut down all traffic at Sierra and Lyttle Creek Road, just south of Glen Helen Parkway to the I-15.

The cause of the fire is currently under investigation. Additional information will be updated as it becomes available.

Hesperia man struck and killed by a vehicle in Fontana identified