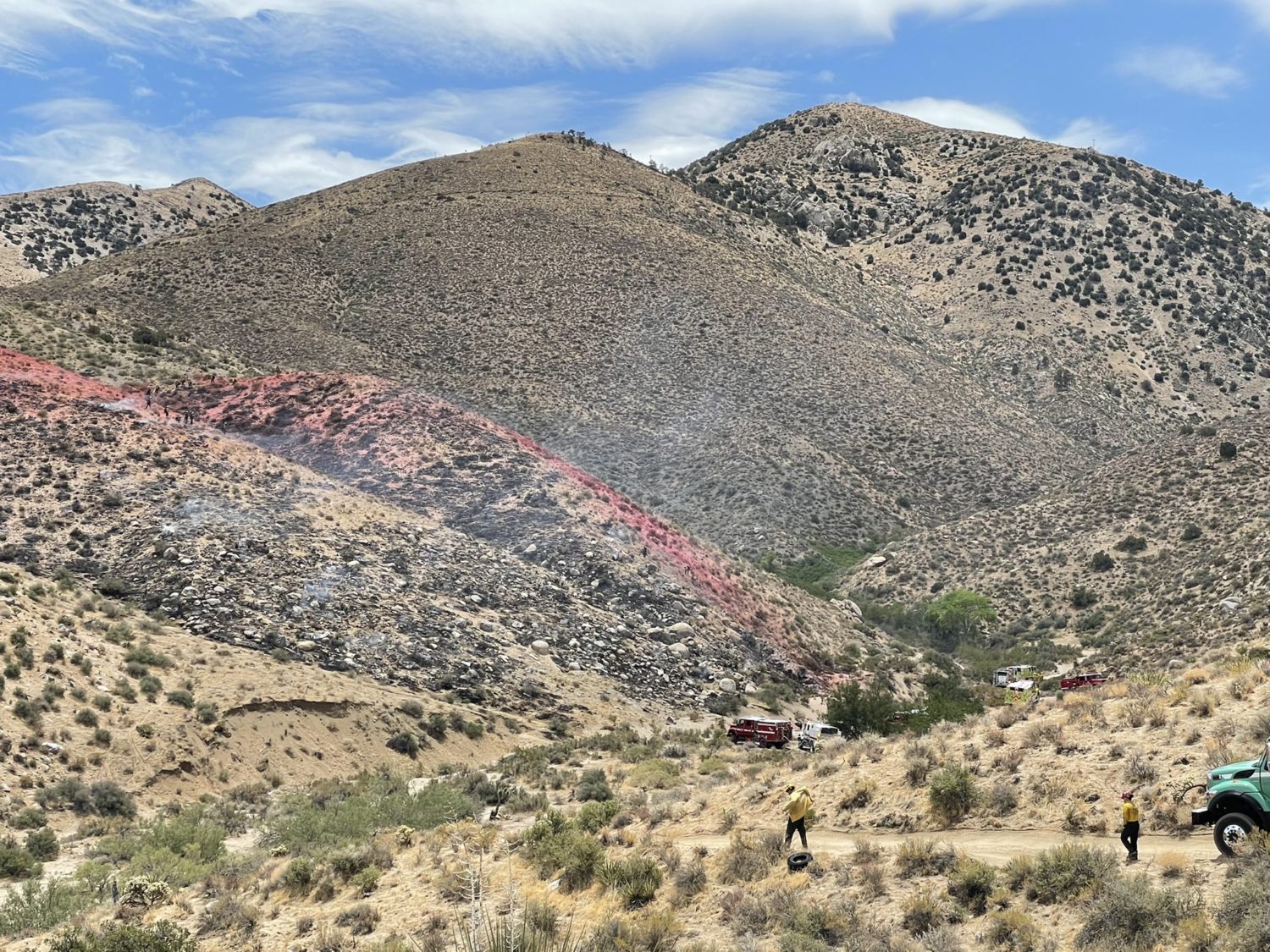 The fire was reported at about 12:40 pm, on July 3rd in the area of Desert View and Joshua Roads.

According to a tweet from Cal Fire BDU, the fire was initially reported to be a 1/2 acre with a moderate rate of spread prompting a full wildland response with aircraft on order. Crews worked quickly and placed a retardant line around the fire keeping it from spreading.

San Bernardino County Fire and the San Bernardino National Forest assisted. The official cause of the fire remains under investigation.