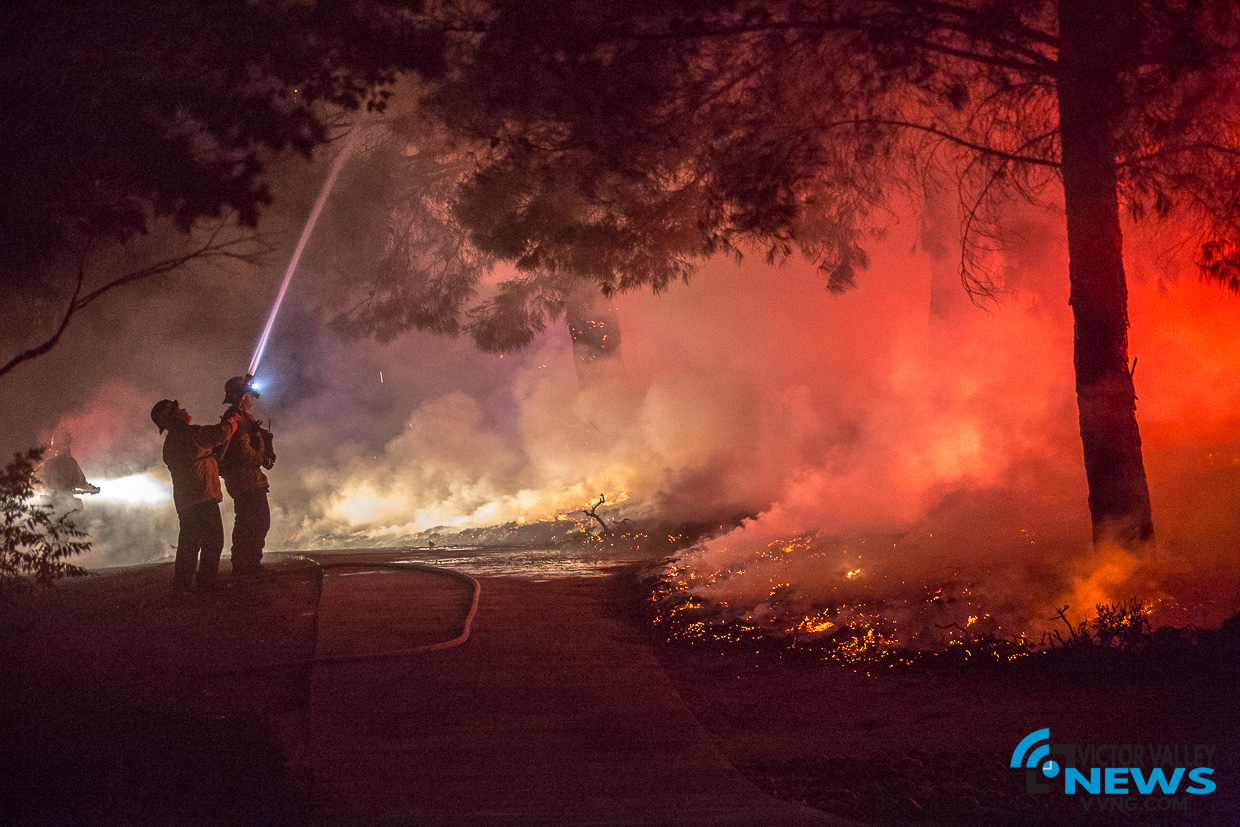 At about 12:13 am, on Thursday, August 9, 2018, 911 dispatch received multiple reports from callers reporting small fires throughout the neighborhood near the 14000 block of Clydesdale Run in Victorville.

Due to the nature of the reports, firefighters sent a full first alarm response. “One of those reports turned into a possible structure fire on Gopher Canyon Road so we added additional resources to the response,” stated County Fire Spokesman Eric Sherwin.

The reports ended up being another brush fire that caught several large trees on fire coming dangerously close to a home and the structure was not actually involved.

Homeowner Hector Ramirez said he and his family were asleep when they were woken up by strangers warning them about the trees burning next to his home. “Thanks to the people who drove by and woke us up so we could get our family out of the house. I ran to my backyard and used the water hose to try to slow down the fire,” stated Ramirez.

“Thankfully the firefighters showed up right on time. What a scary thing to wake ho too. I hope they catch the idiot or idiots that did this,” stated Ramirez.

Sherwin told Victor Valley News, a total of four separate spot fires were located, the largest was 50×200 feet and all fires were out just before 1:00 am.

According to Sherwin, witnesses reported juveniles possibly running through the area before the fires were set. “The fires are suspicious in nature and the investigation continues.”

Anybody with information is asked to contact the Office of the Fire Marshall and callers can also remain anonymous by calling 1-800-47 ARSON.

Sherwin reminds the public of the County Fire campaign Vision for Safety and if you see something, say something. 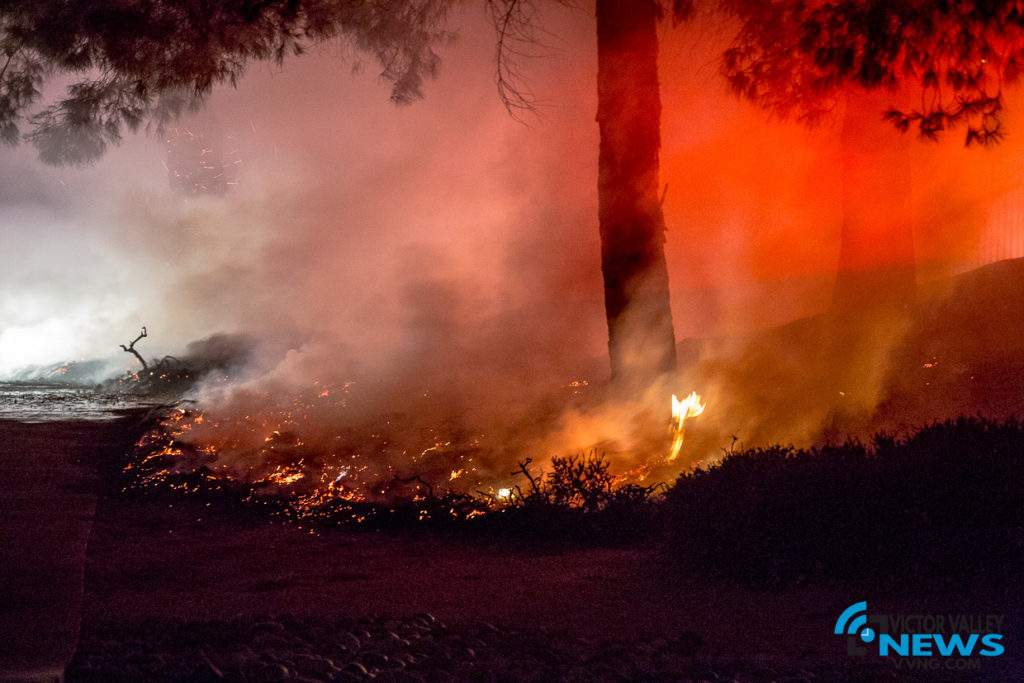