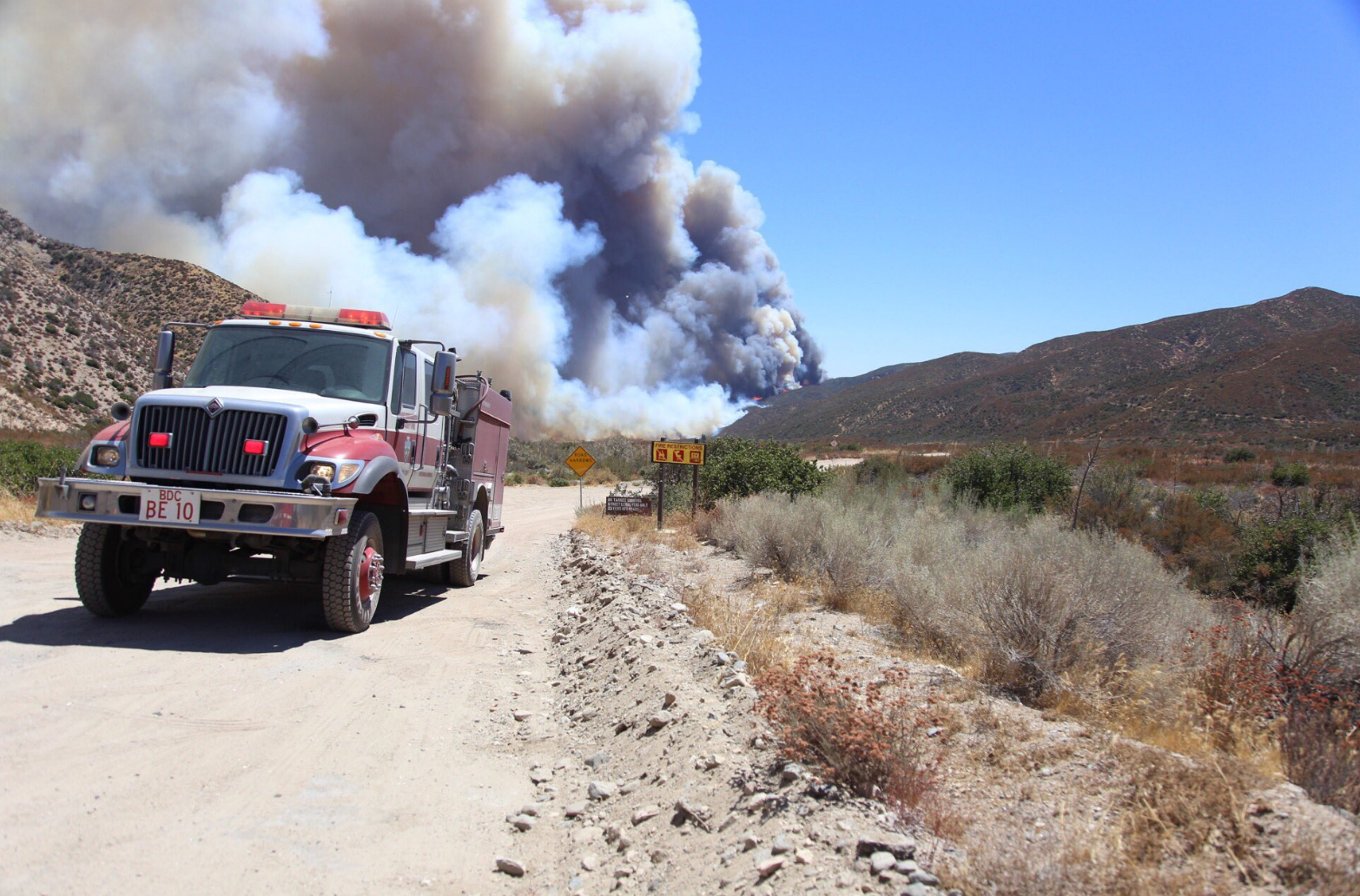 Firefighters were able to shelter in place within a nearby structure, but two firefighters sustained minor injuries. Both firefighters were transported to a local hospital where they were treated and released and are now back on the fire line defending structures. One SBCoFD fire engine sustained moderate fire damage.

SBCoFD reminds residents to be prepared and know your evacuation routes. An evacuation order can save your life, leave as soon as evacuations orders are given by fire and law enforcement officials to avoid being caught in fire, smoke or road congestion. Residents that refuse to evacuate put their own and other people’s lives at risk.

Visit sbcfire.org/ReadySetGo.aspx for fire preparedness and safety information. For more information on the Blue Cut Fire, call 909-383-5688 or visit https://inciweb.nwcg.gov/incident/4962/