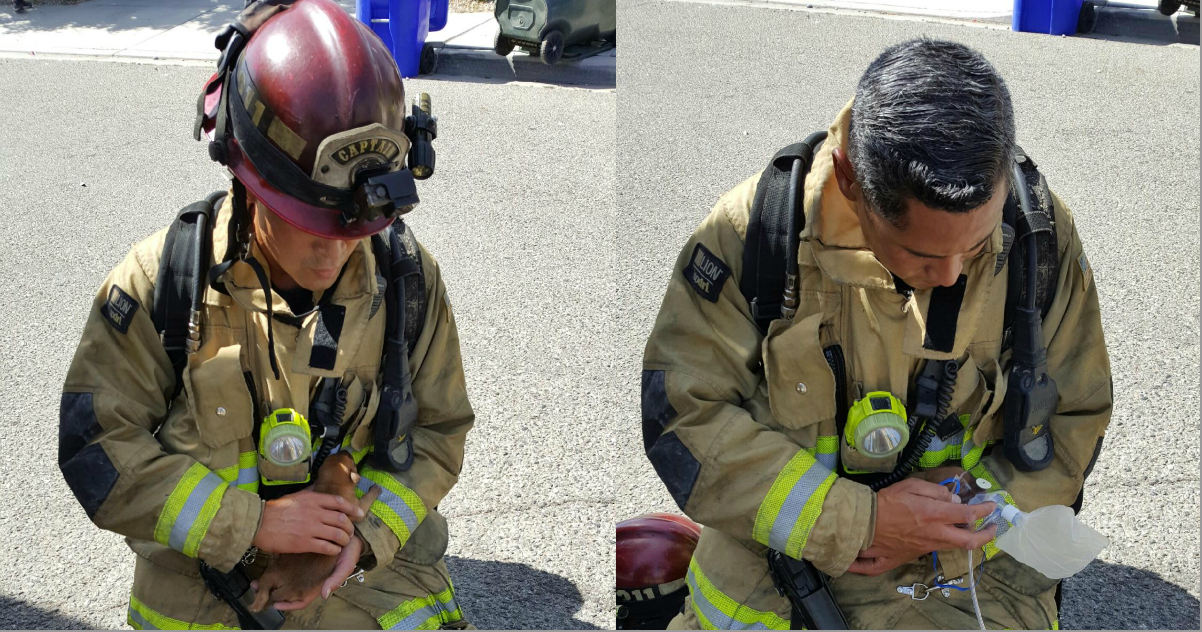 ADELANTO, Calif. (VVNG.com) Firefighters rescued a small puppy from a house fire that displaced a family of seven Tuesday afternoon.

Just before 3:00 p.m. San Bernardino County Fire responded to a structure fire in the 14000 block of Kelly Street in Adelanto.

When firefighters arrived they located a single-story home with heavy smoke showing. According to fire officials, the fire started due to a vehicle fire in the driveway.

It took firefighters approximately 20 minutes to extinguish the fire. The Red Cross responded to assist a family of seven that was displaced due to the fire.

According to an ABC7 news report, the homeowners were able to rescue other puppies that were in the residence before firefighters arrived on the scene. The last puppy was found by firefighters after the fire was knocked down. 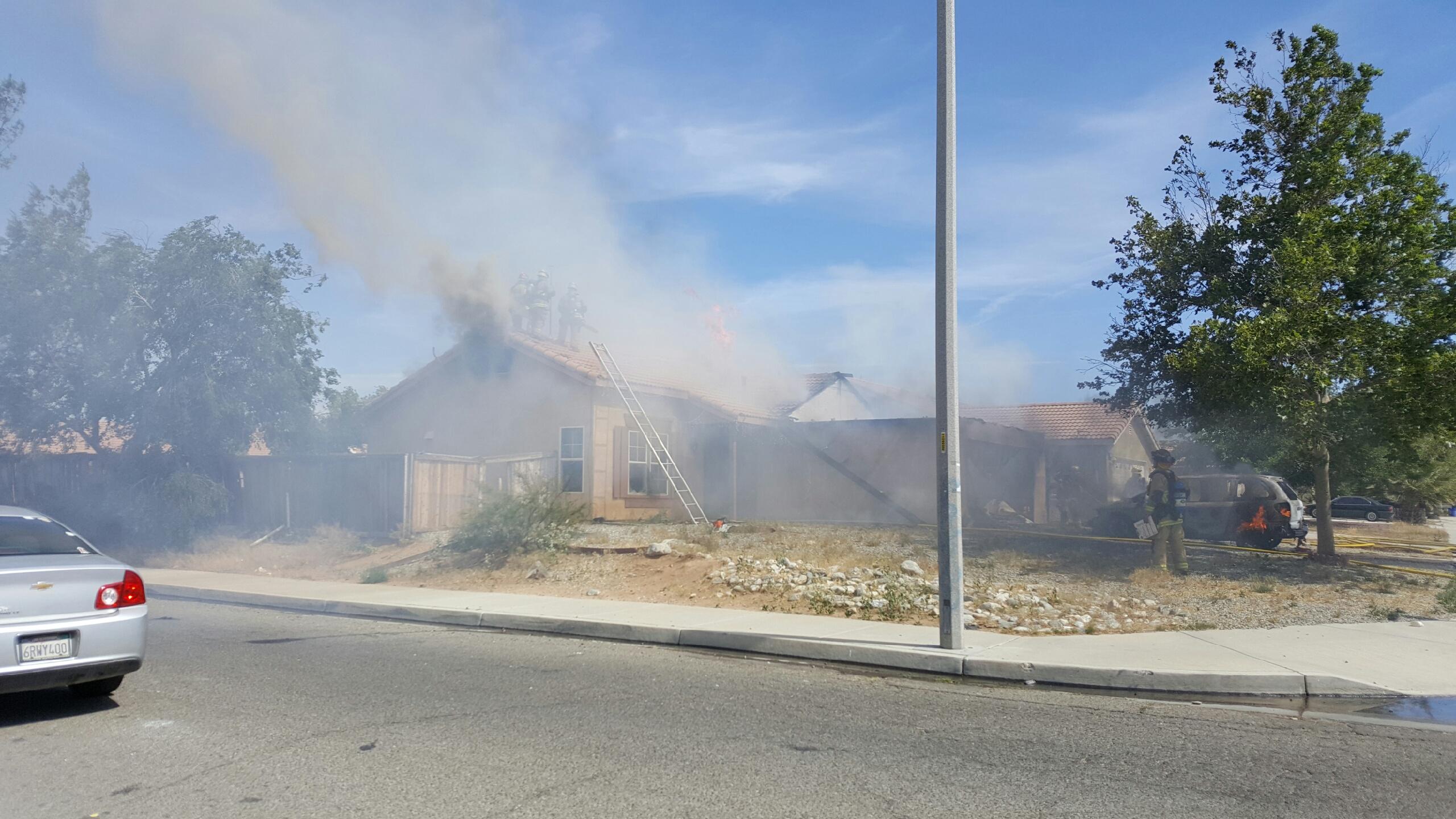