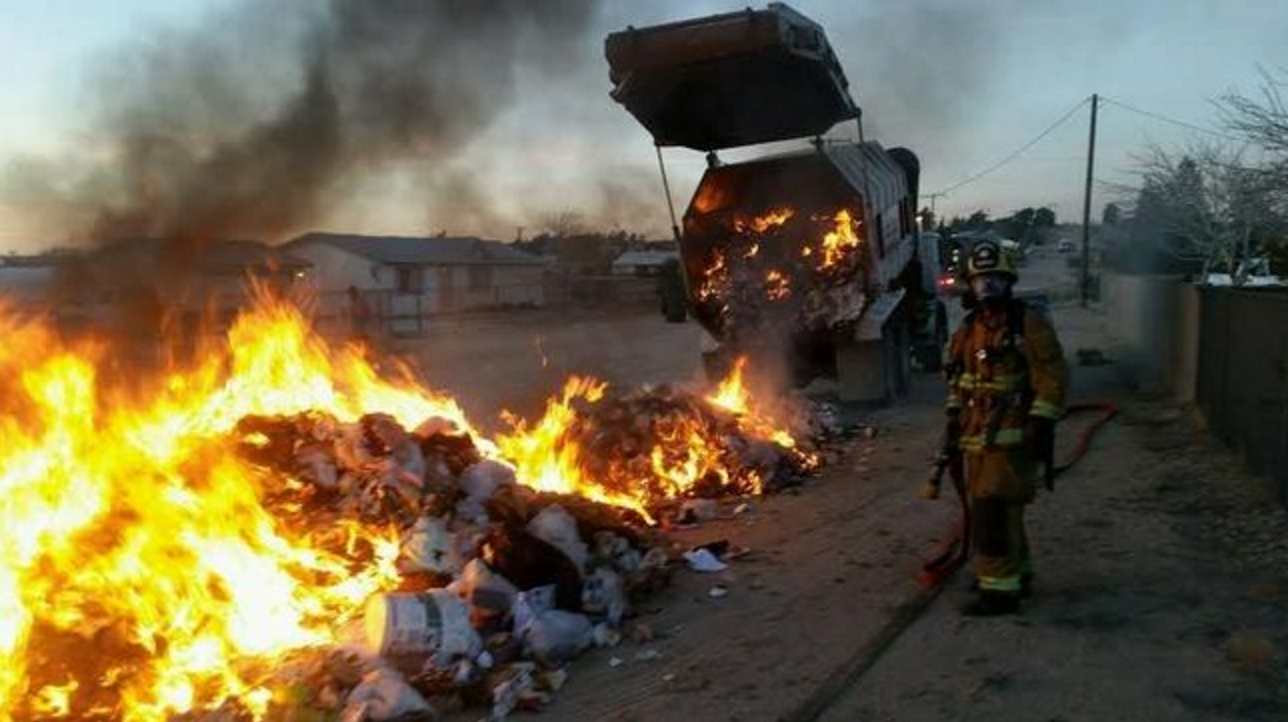 APPLE VALLEY-(VVNG.com): A fully loaded trash truck caught fire on Friday evening causing the entire contents of the truck to have to be dumped in order to extinguish the fire. At around 5:00 p.m. the Apple Valley Fire Protection District (AVFPD) was dispatched to the blaze near Ocotillo Way and Flora Vista Road.

Fire officials said that due to the fire happening at the end of the day, the truck was full of trash making the operation more complicated. The full truck had to be emptied of trash in a dirt-filled area in order to safely extinguish the fire.

Within about an hour, the blaze was extinguished. The cause of the fire is unknown, as any evidence is likely burnt along with the other debris that caught fire officials said. Burrtec Waste sent a second truck to pick up the trash once extinguished.

There were no injuries reported as a result of this fire. The estimated dollar amount of damage is unknown at this time.

Several Injured As Gunshots Rang Out During Saturday Night Party