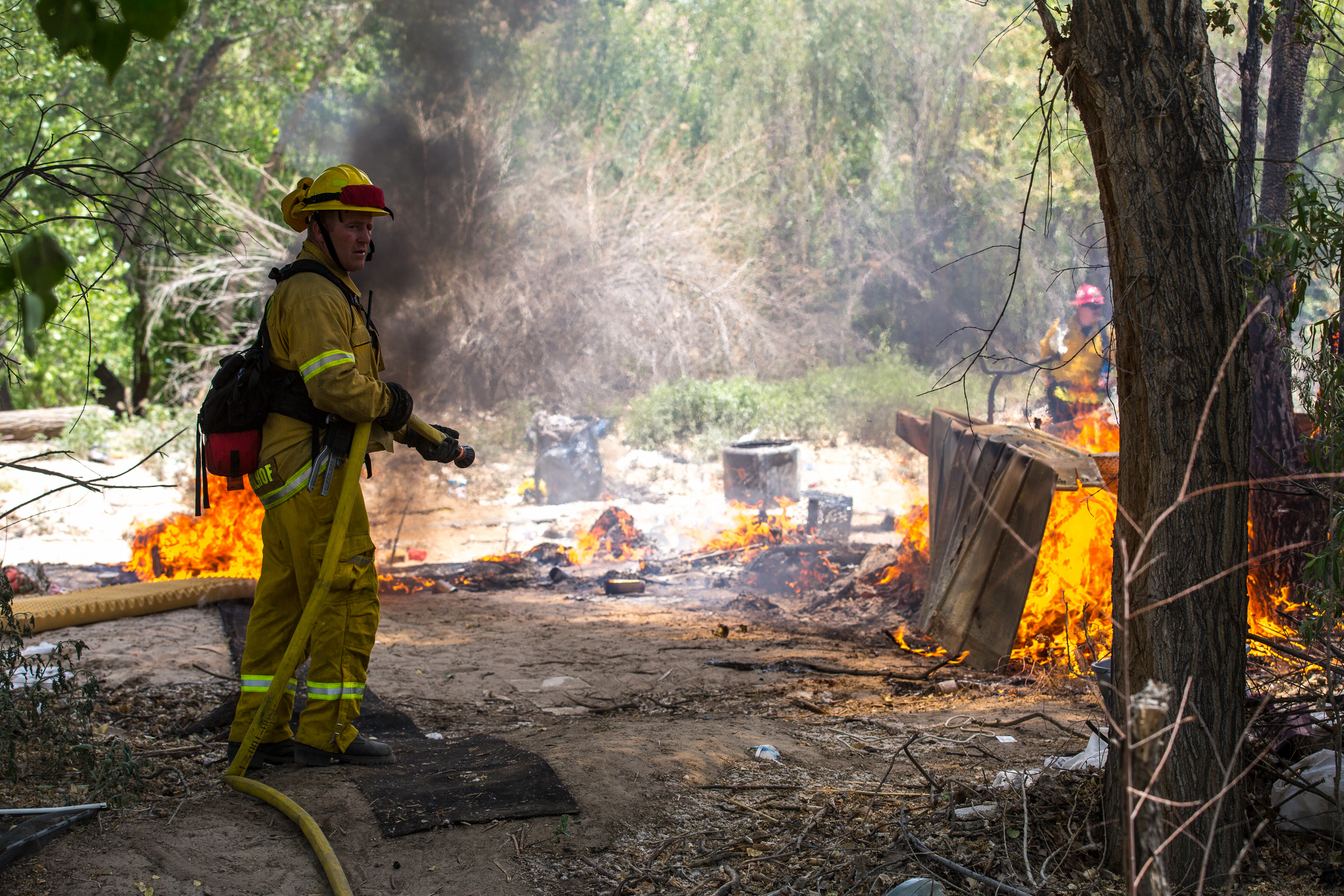 At 12:56 p.m. Dispatch received reports of a fire in the area of D Street and Stoddard Wells Road in Victorville.

When firefighters arrived they located a fire burning at a homeless encampment along the railroad tracks near 6th Street.

Heavy smoke and flames could be seen coming from a large metal container that quickly spread to a tree and nearby debris.

Firefighters acted quickly and managed to contain the fire within several minutes.

“Thankfully we were able to get on top of it before it spread and did some damage,” stated Public Information Officer Eric Sherwin.

No injuries were reported by civilians or firefighters. The cause of the fire is currently under investigation. 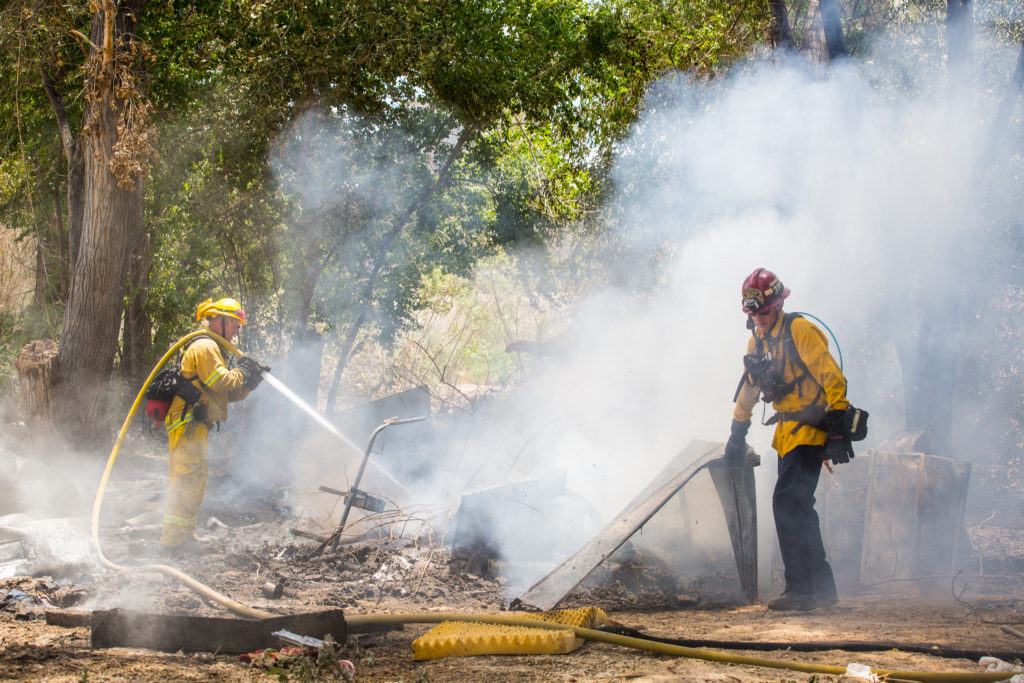