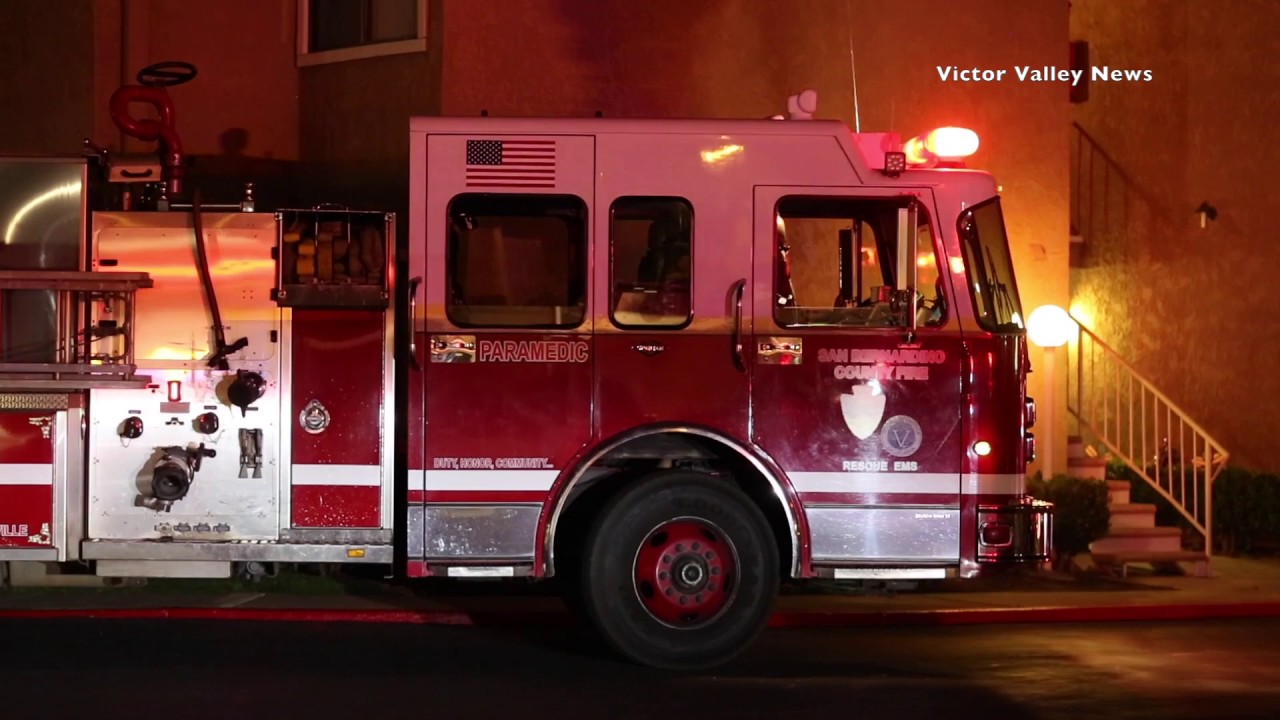 VICTORVILLE, Calif.(VVNG.com) Several tenants living in an apartment complex were temporarily evacuated due to a fire.

At approximately 12:17 a.m. San Bernardino County Firefighter responded to a report of a commercial structure fire at the Pavilion Apartments located in the 1430 block of Mc Art Road in Victorville.

When firefighters arrived they discovered light smoke showing from the roof of a 16 unit apartment complex.

“Upon further investigation, we discovered we had a small fire on the roof,” stated Fire Captain Jesse Martinez.

Tenants in the D building were evacuated while firefighters worked on locating the source of the fire.

Firefighters had to cut open the roof to confine and located the fire to extinguish it, stated Martinez.

Residents told Victor Valley News the building was in the process of undergoing roof repairs.

No injuries were reported as a result of the fire. The cause of the fire remains under investigation.