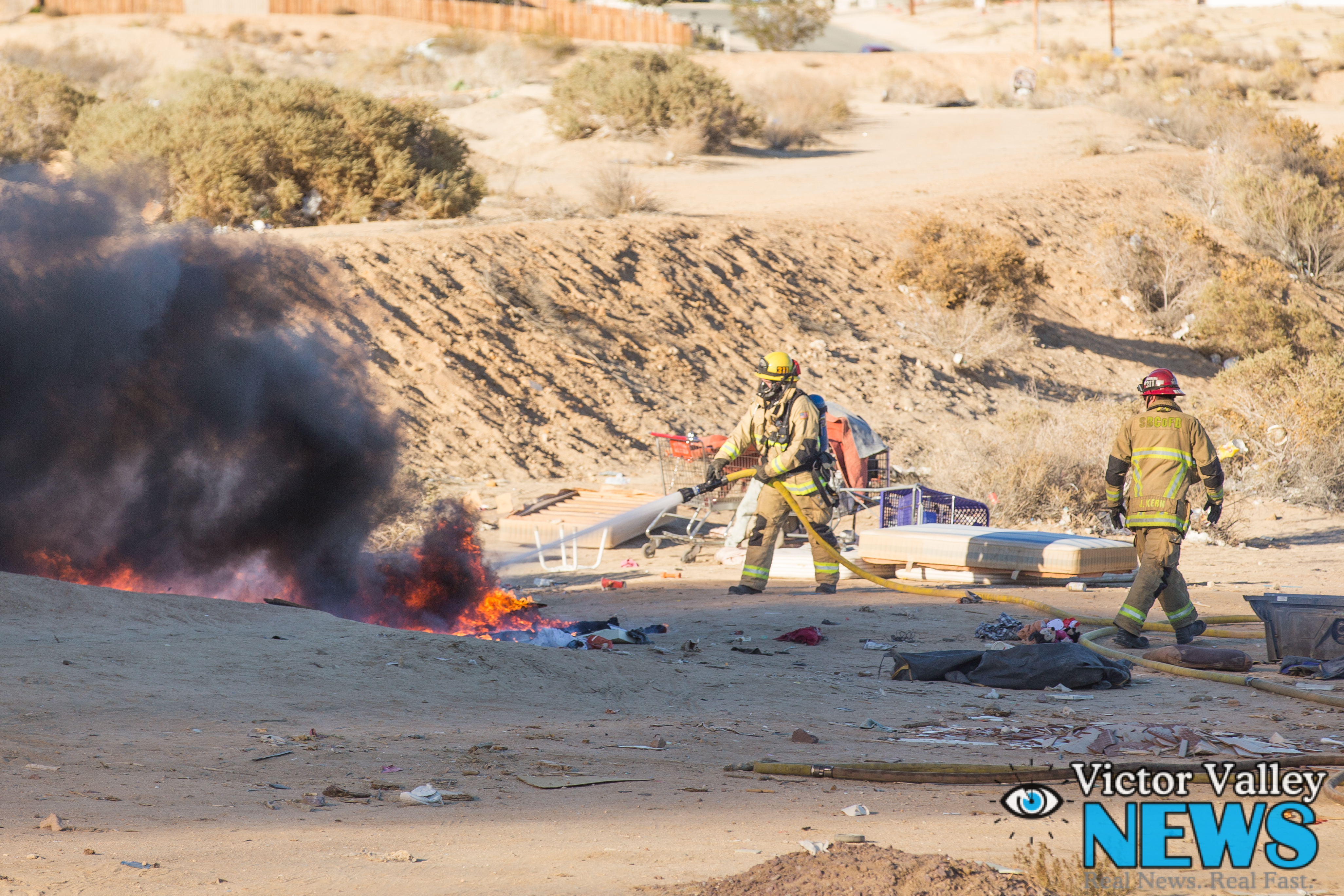 On November 17th at about 2:40 p.m. dispatch received multiple reports of a possible traffic collision with fire in the area of Roy Rogers Drive and Civic Drive.

“Upon arrival, our initial Battalion Chief found a homeless encampment off the roadway in a field near the area of Civic Drive behind the Arco AmPm gas station,” according to Capt. Jeremy Kern of the San Bernardino County Fire District.

Firefighters made access and discovered a small homeless encampment that was well involved with fire. Crews were able to suppress the fire and extinguished it within a few minutes.

“The fire didn’t extend to any nearby brush any other encampments, or any buildings that were in the area,” stated Kern.

The official cause of the fire is currently under investigation. No injuries were reported by firefighters or civilians.

A fire near a homeless encampment was quickly doused on Thursday afternoon in Victorville. (Gabriel D. Espinoza, Victor Valley News)

[box type=”note” align=”aligncenter” class=”” width=””]San Bernardino County Fire would like to remind the public that if they see a fire to try and avoid the area. When people enter the area where the smoke is it complicates the response from the incoming units trying to make access. People are also urged not to try and put out the fire themselves in order to minimize any risk or danger to the public. Firefighters have special gear that will keep them safe from smoke, fire, and flames. [/box]