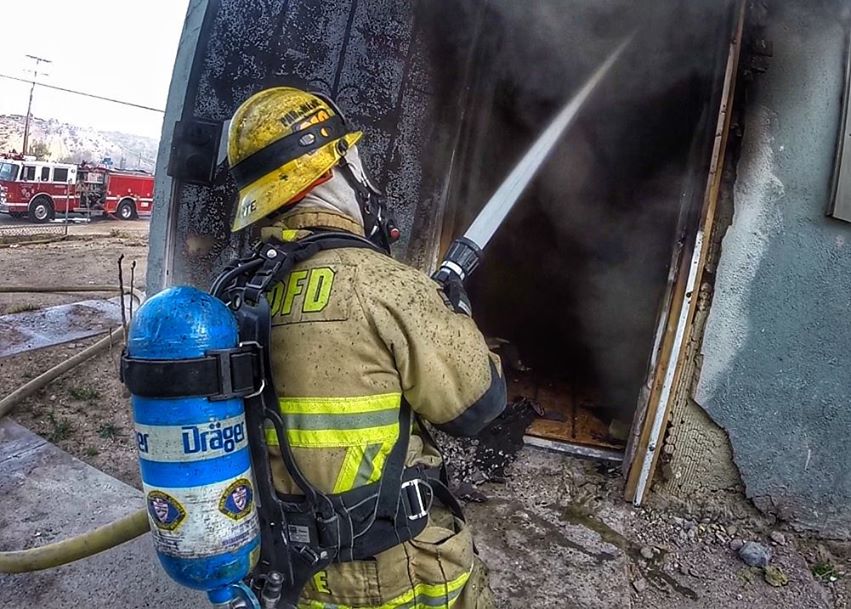 VICTORVILLE:(VVNG.com)- Firefighters quickly knocked down a blaze at an abandoned Victorville home on Sunday, February 28th.

At about 4:30 P.M., San Bernardino County Fire responded to multiple reports of a residential structure fire on the 15000 block of Center Street near Tracy Street. Initial reports indicated smoke was coming from the windows of the abandoned house.

According to Public Information Officer Jeff Allen, County Fire Medic Engine 311 arrived on scene a few minutes after dispatch and reported heavy smoke showing from a single story abandoned structure. Crews completed a “360” or walk around of the structure to determine a more exact location of the fire. Once exact fire location was determined crews went into the attack mode and conducted a primary search for any possible victims. The fire was knocked down in approximately 20 minutes and there were no injuries to firefighters or civilians.

County Fire responded with 3 paramedic engine companies. 1 paramedic truck company, 1 battalion chief and 1 fire investigator for a total of 16 personnel. The cause is currently under investigation by the Office of the Fire Marshal.