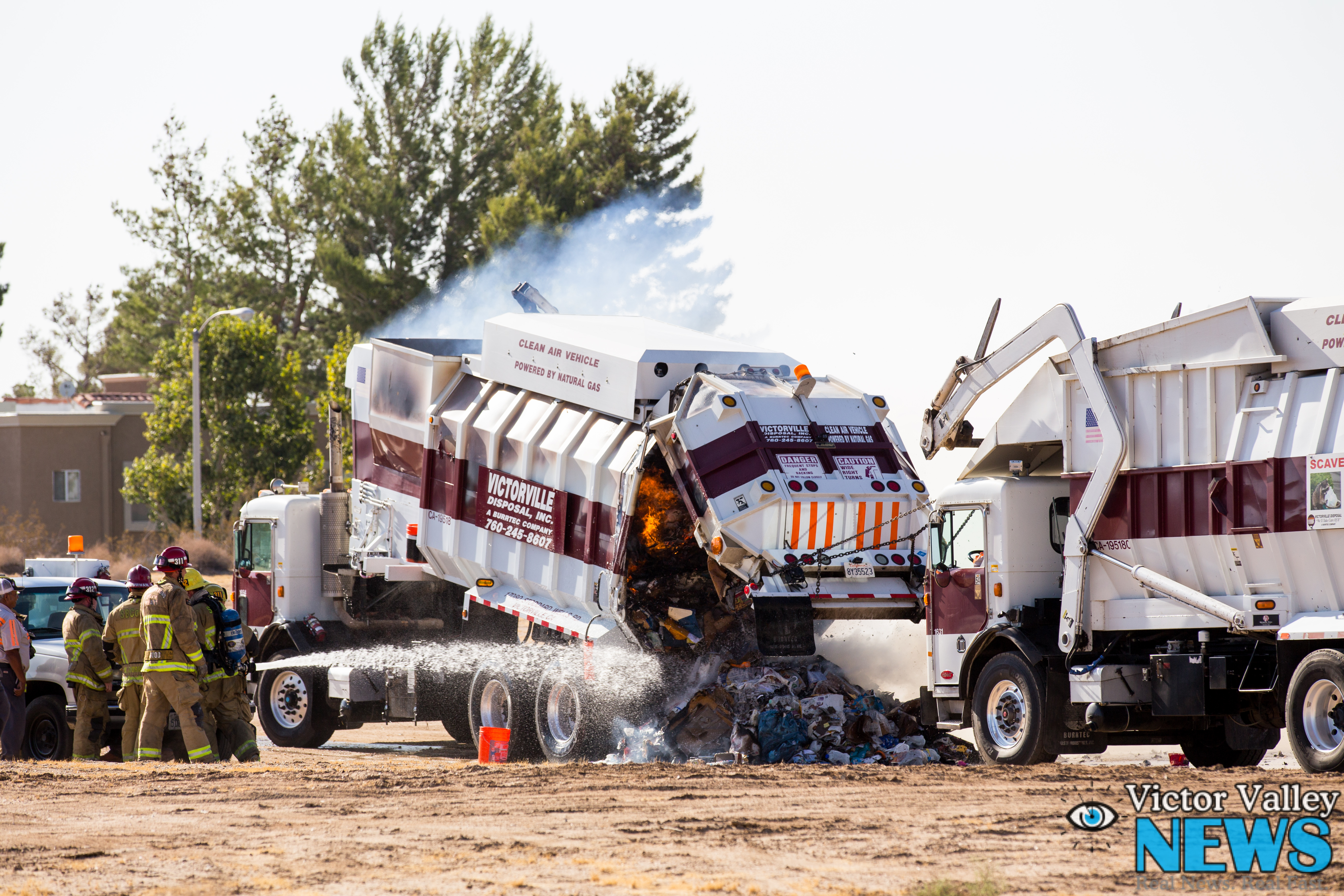 According to the driver of the Burrtec truck, he was on his way to get gas when he suddenly smelled smoke. He looked through his side mirrors and saw smoke coming from the rear of the truck. He immediately stopped the truck in an empty lot and jumped out to safety.

A total of nine firefighters, one battalion chief, two engines and a ladder truck responded to the fire. When firefighters arrived heavy smoke was showing from the inside the large metal container where the trash is stored.

According to Battalion Chief Tim Porter, the truck was carrying about 2 tons of recyclables.

The CNG tanks atop of the truck posed a potential threat of an explosion. Burrtec officials at the scene were able to turn off the tanks essentially mitigating the threat.

The cab of the truck was not affected by the fire and no injuries were reported. 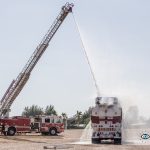 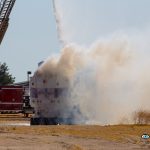 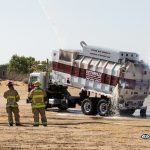