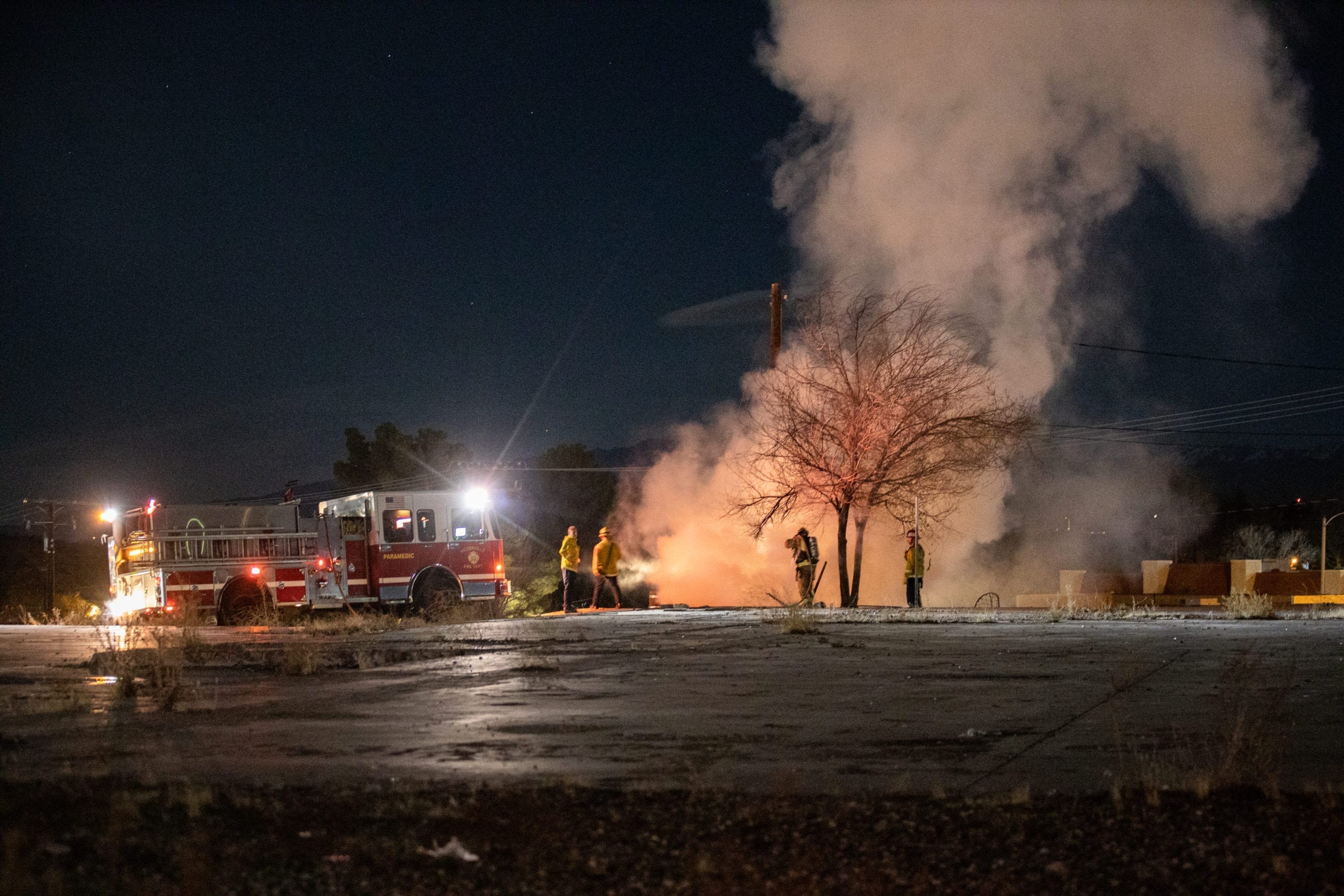 At about 7:30 pm Victorville City Fire responded to a vegetation fire in the area of Corta Drive and Victor Street.

A Victorville woman driving by told VVNG at one point the flames were large enough to see from 7th Street. The woman said several homeless people were seen leaving the area around the time of the fire.

Firefighters arrived quickly extinguished the fire. The official cause remains under investigation.