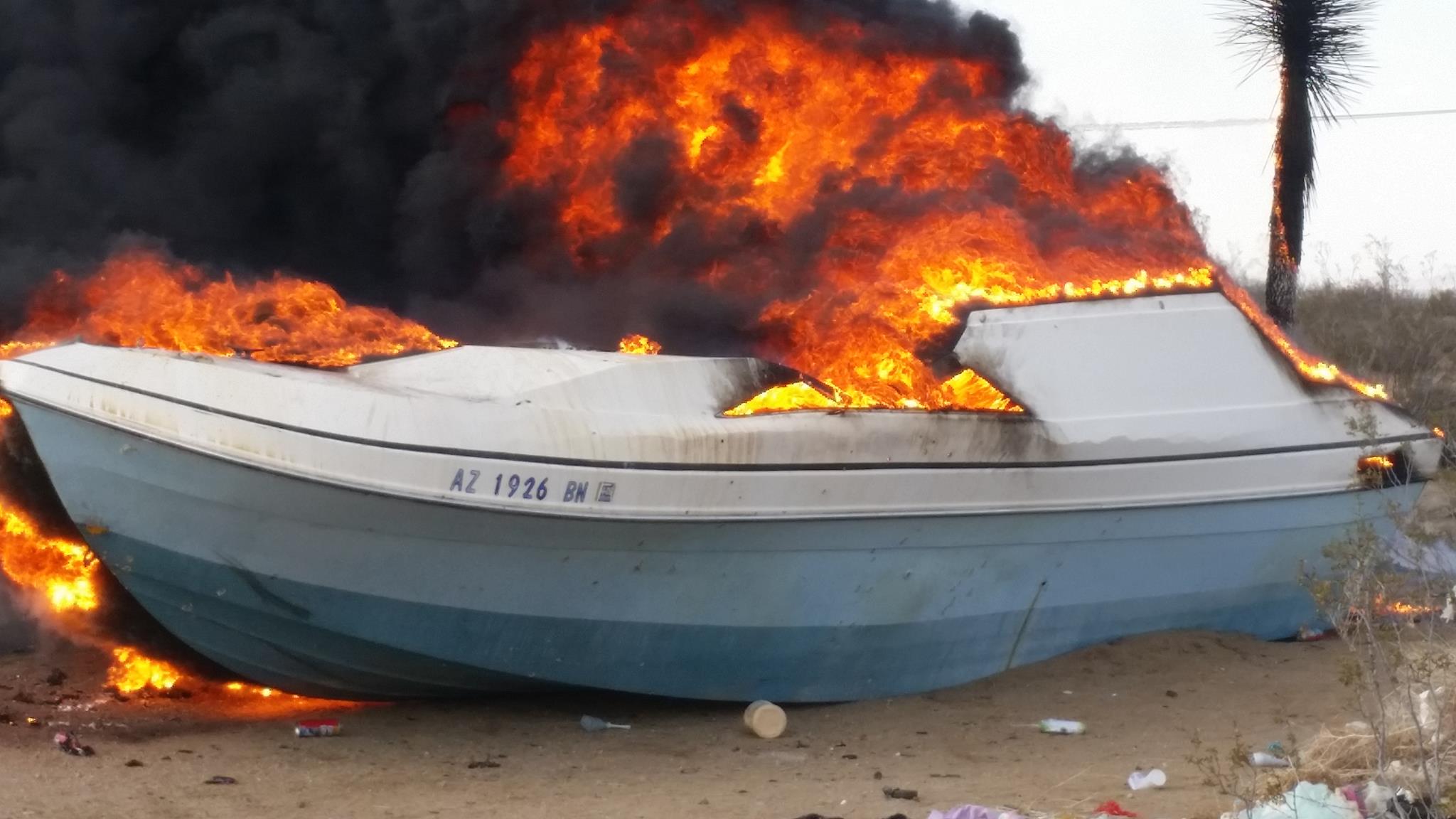 The fire was reported at about 4:05 p.m. on June 29th in the area of Caughlin Road and White Avenue, north of Palmdale Road.

Angela Smith was on her way home from work when she noticed the thick black smoke. “I take back dirt roads and saw the beginning of the smoke. So I took the powerline Road to cross over to it and saw it was a boat on fire.”

Firefighters arrived on scene and quickly extinguished the fire.  The boat is abandoned and no injuries have been reported.