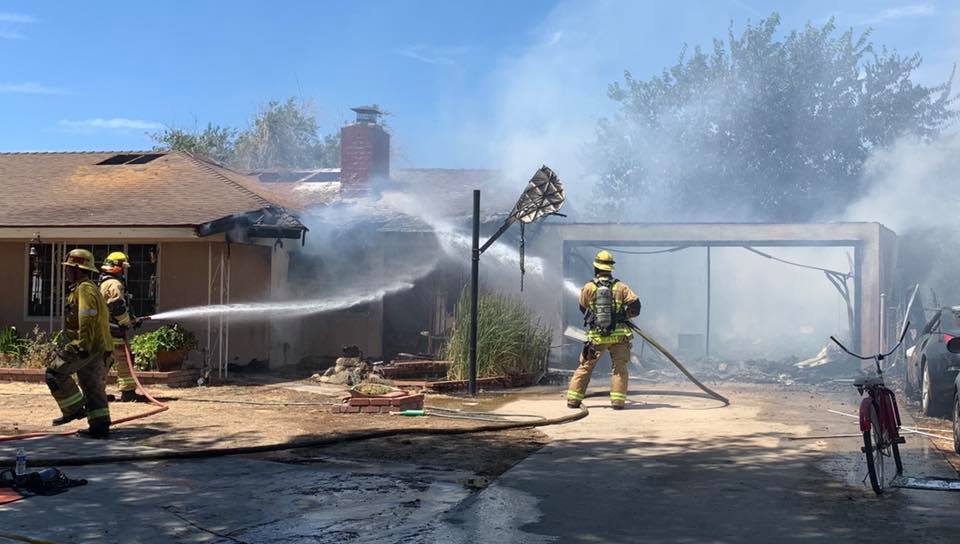 HESPERIA, Calif. (VVNG.com) — Firefighters helped save a house from being a total loss after a fire broke out in the garage in Hesperia Saturday.

Three San Bernardino County Fire engine companies, one truck company, one medic squad, one medic ambulance and a battalion chief were dispatched to the call.

According to a news release, a deputy arrived on scene to find the resident running in and out of the house then passing out on the front lawn.

The first unit on scene reported flames and smoke coming from the fully involved garage with possible extension to the house from the attached garage.

The next arriving unit began interior attach of the fire through the house into the garage and the truck company laddered the roof to start vertical ventilation.

“There was no fire damage inside the residence, but there was extensive smoke damage and one vehicle destroyed in the garage. Seven units from the San Bernardino County Fire Dept had knockdown on the fire in approximately 25 minutes,” stated the release.

Officials said one resident was transported from the scene to a local hospital for possible smoke inhalation.

The American Red Cross was requested for housing and recovery support. A family of seven, including five adults and two children, were displaced as a result of the fire.

The official cause of the fire is under investigation.