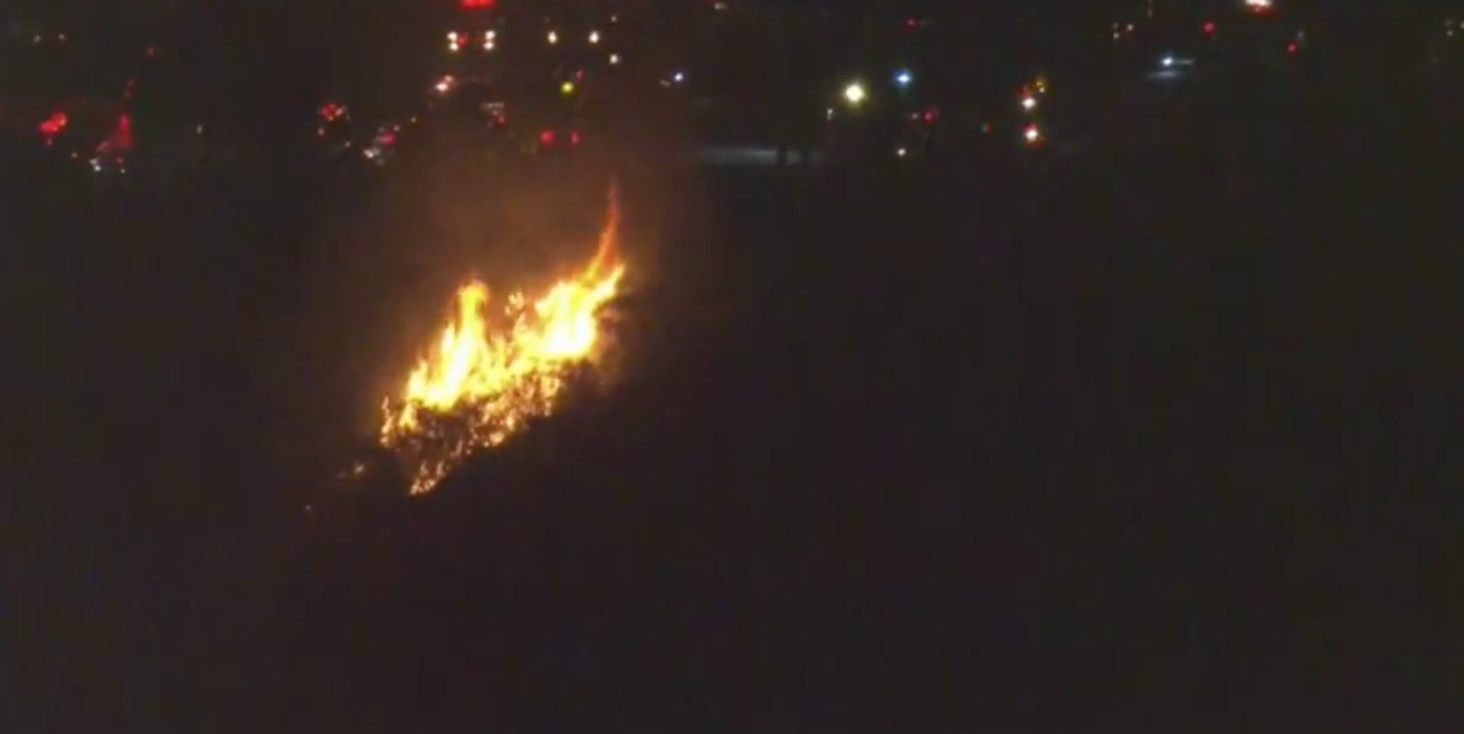 CRESTLINE, Calif. (VVNG.com) Firefighters are battling three small fires in the town of Crestline, the largest has been dubbed the Bridge Fire.

The fires were reported at about 8:00 pm on Monday, May 1st and are currently burning along Highway 18 south of Crestline near Highway 138.

According to unconfirmed reports, a man armed with an ax started 3 separate brush fires along Highway 18 in Crestline. Police are actively searching for the suspect who is believed to be on foot.

State Route 18 is currently shut down from Lake Gregory to Sierra away, per CalTrans.

According to a tweet from San Bernardino County National Forest, the 3 fires are 1/2 acre, 2 acres and 3 acres in size. Crews have stopped forward rate of spread.

The US Forest Service is the lead agency Cal Fire and San Bernardino County Fire are assisting.