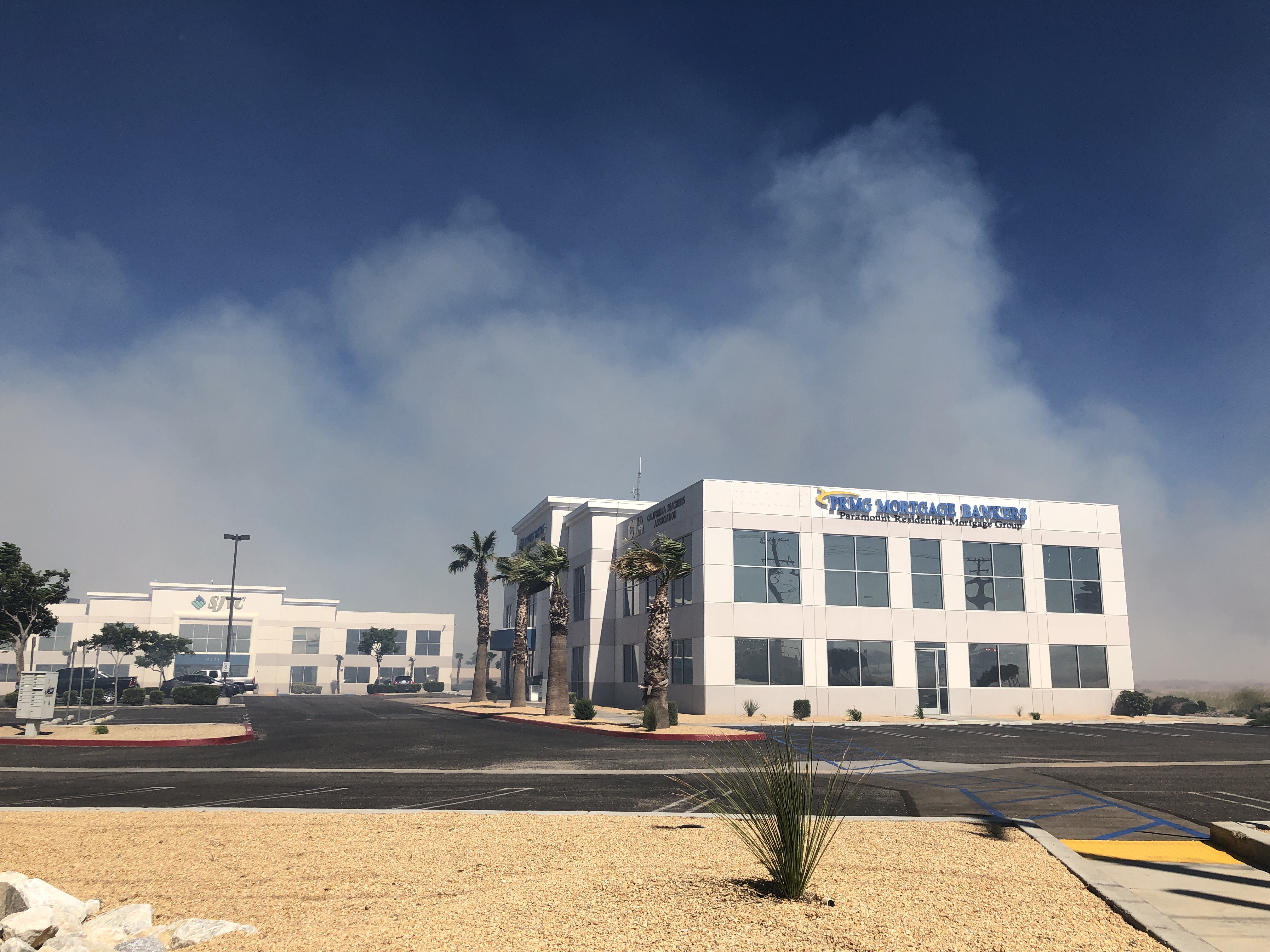 UPDATE @ 5:25 PM – Fire crews are holding the fire at 39.5 acres and the forward rate of spread has been stopped. Crews will remain committed for several hours to mop-up. No injuries have been reported and the cause of the fire remains under investigation.

According to San Bernardino County Fire, the Fire is spreading quickly due to high winds.

First responding firefighters estimated that at least 3-5 acres are burning and is posing an immediate threat to a nearby college.

Students and staff at San Joaquin College are being asked to leave the campus at this time.

This is a breaking new story, please check back for updates.