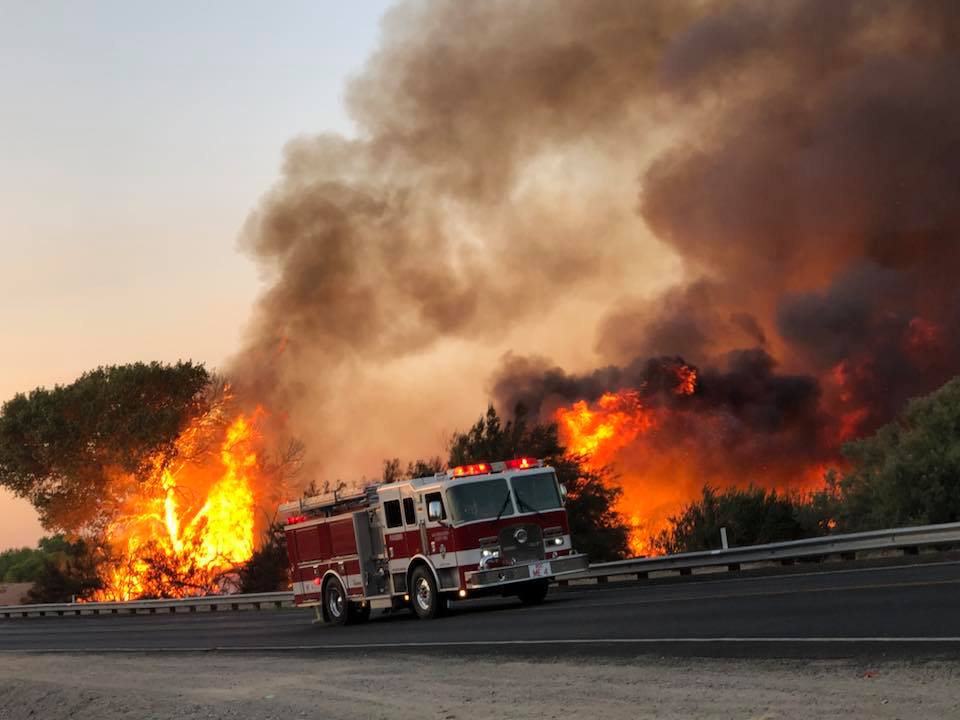 UPDATE @ 10:10 PM – The river bottom fire was held to 5 acres with no damages to any structures and no injuries to civilians or firefighters. The fire is currently 100% contained and fire crews will remain on scene through the night as mopping up continues and as they continue to reinforce containment lines around the fire.

CHP logs reported the fire was started by a homeless person under the bridge. Sheriff’s officials have one person detained for questioning.However, the official cause of the fire remains under investigation.

UPDATE @ 8:20 pm – The Vista fire is holding at 3 acres with approximately 25% containment and heavy fuel.

The fire dubbed the #Vistafire was reported at about 7:30 pm, on Wednesday, August 15, 2018, and is burning close to the bridge on Vista and Helendale Roads.

According to a tweet from SB County Fire, the blaze is currently at 1 acre and burning in the river bottom with heavy fuel and a slow rate of spread.

The fire was changed to a  second alarm prompting additional resources including hand crews.

At this time the cause of the fire remains under investigation. This is a developing story and information will be updated as it becomes available. 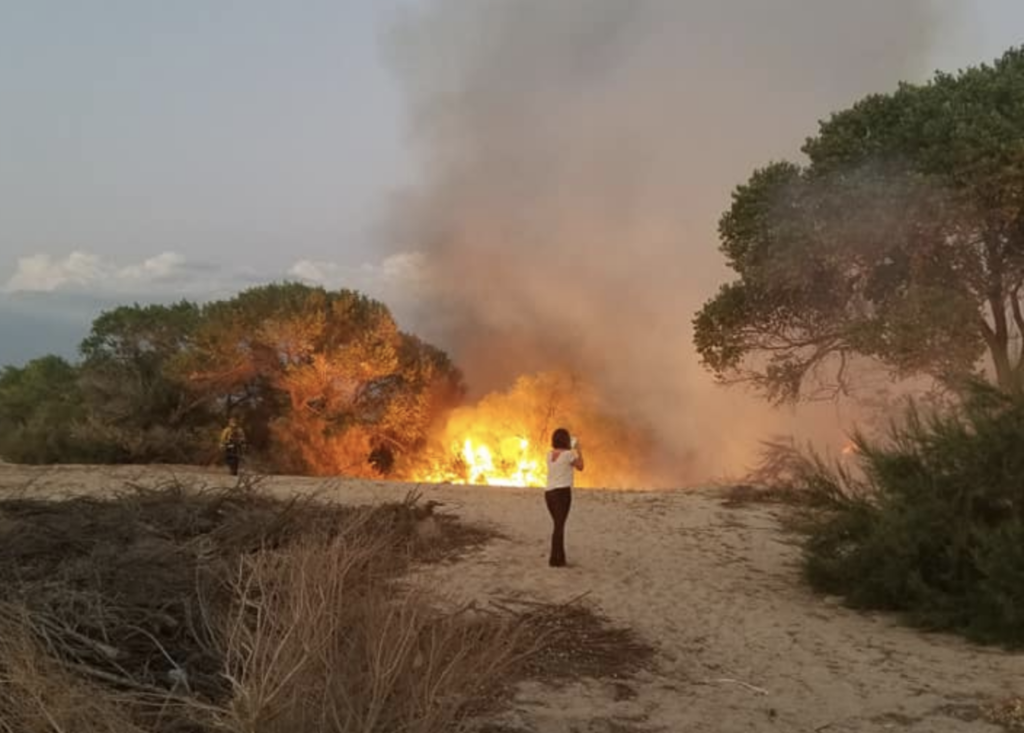