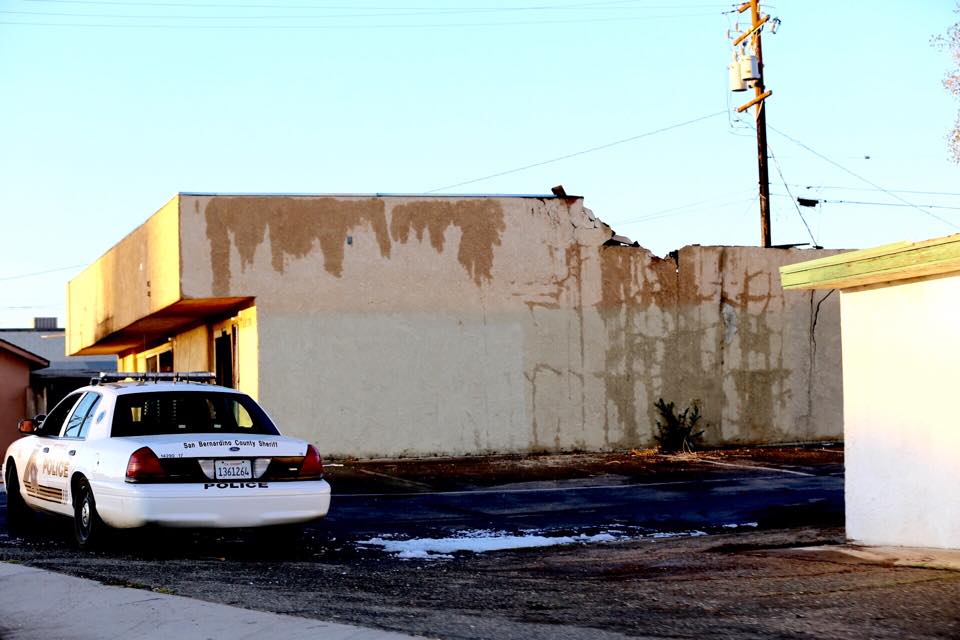 VICTORVILLE:(VVNG.com)- On September 28, 2014 at 4:37 a.m., the San Bernardino County Fire Department Communications Center received reports of a fire in a commercial building on the 14100 Block of Hesperia Road, Victorville.

Despite burning embers threatening a nearby structure as well as dangerous electrical lines that were burning and at risk of falling, an aggressive fire attack with multiple attack crews successfully confined the fire to the single structure. One Firefighter sustained smoke inhalation and required medical attention by County Fire Department Paramedics already on the scene battling the fire, but was not transported to a hospital. In total, County Fire responded to the scene with five Engines, one Truck, one Battalion Chief and one Fire Investigator. All traffic lanes in the affected area of Hesperia Road were shut down for the duration of the incident.

Damage is estimated to be at least $150,000. The cause of the fire remains under investigation by Fire Investigators.