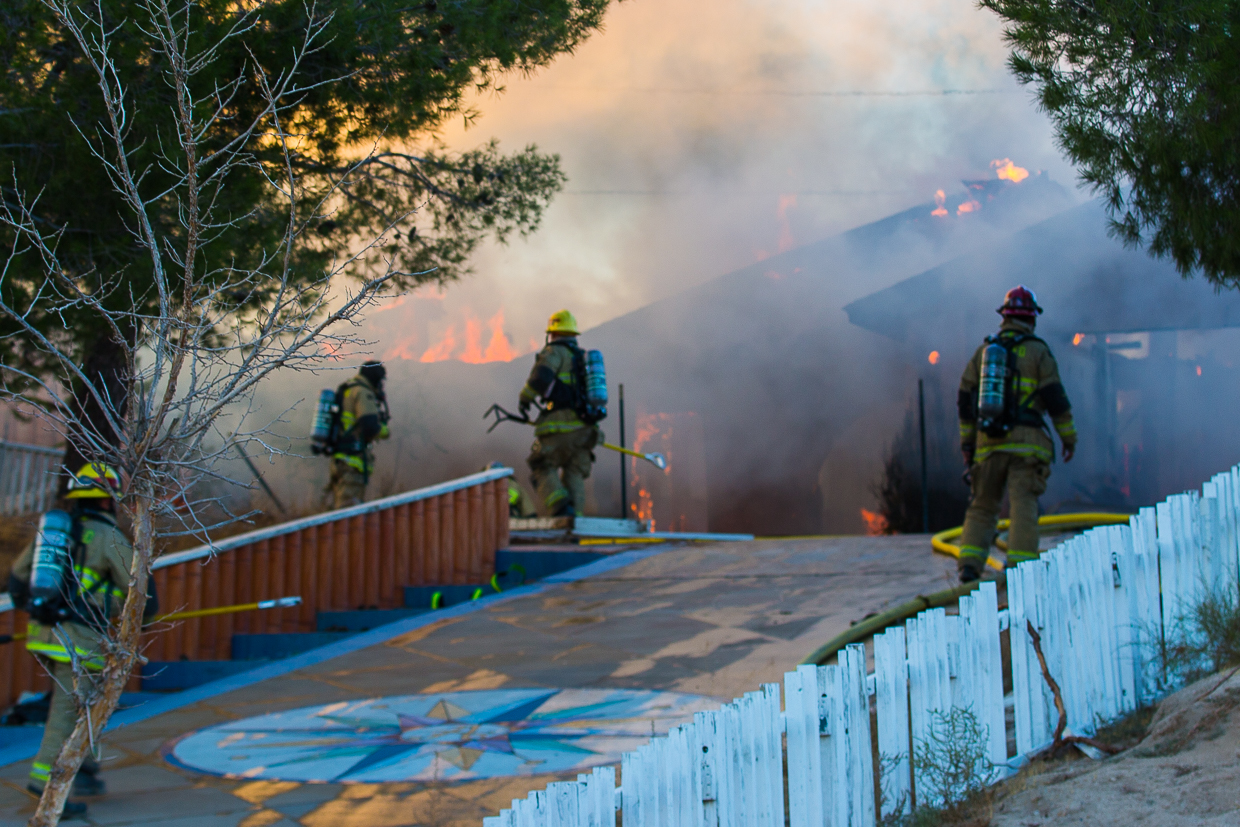 Just before 6:00 p.m., fire crews were dispatched to the 16100 block of Pepper Tree Drive for reports of a structure fire.

Upon arrival, firefighters located a vacant single-story home fully engulfed in flames and heavy black smoke, which was visible for several miles throughout the Victor Valley causing a small back up on the 15 Freeway as looky-loos slowed down traffic.

The walls of the structure began to collapse in the fire causing safety concerns for firefighters. However, they were able to make entry into the residence and confirm the house was empty.

The battalion chief made a request to have the house demolished due to the unsafe walls, scanner traffic reported. City of Victorville Building and Safety personnel were summoned to scene to assess the situation.

The cause of the fire is under investigation at this time. Pepper Tree Drive remains closed as firefighting apparatuses line the street. 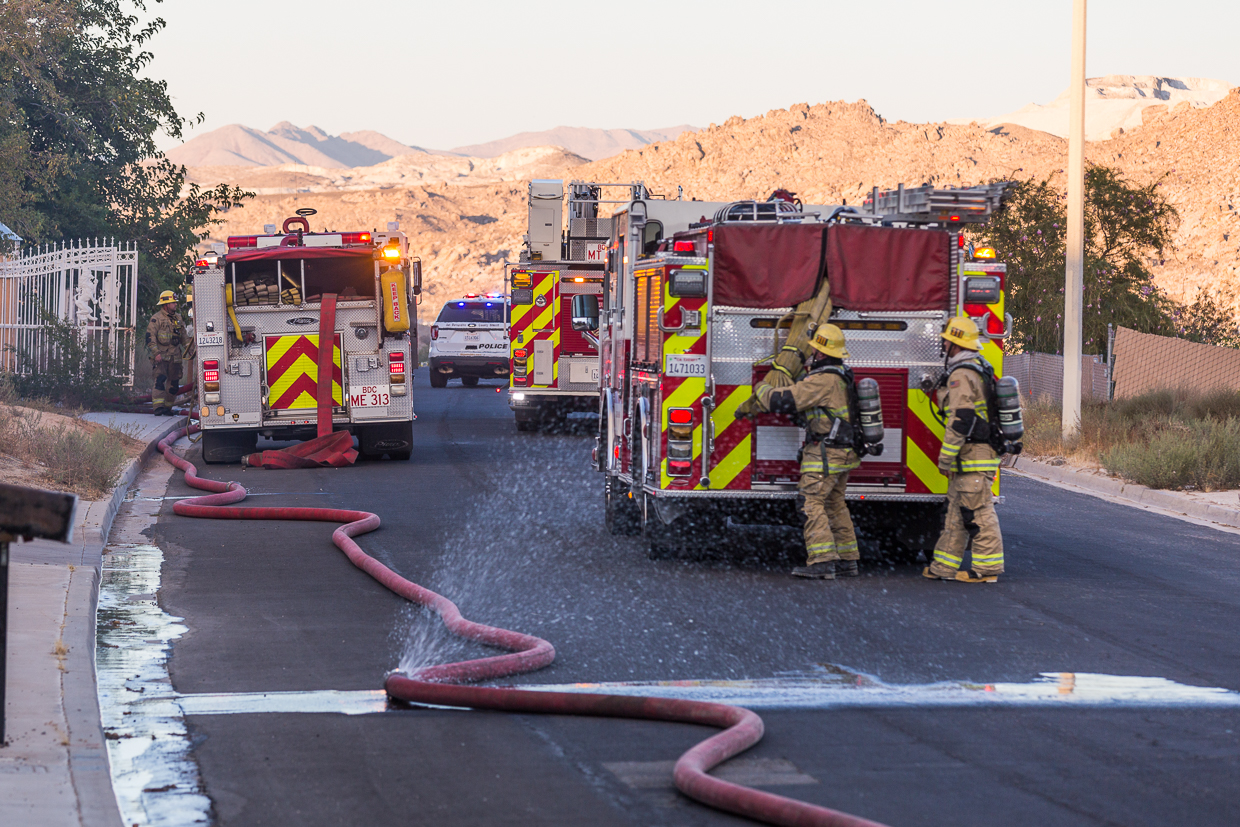 Related Topics:House Fire
Up Next