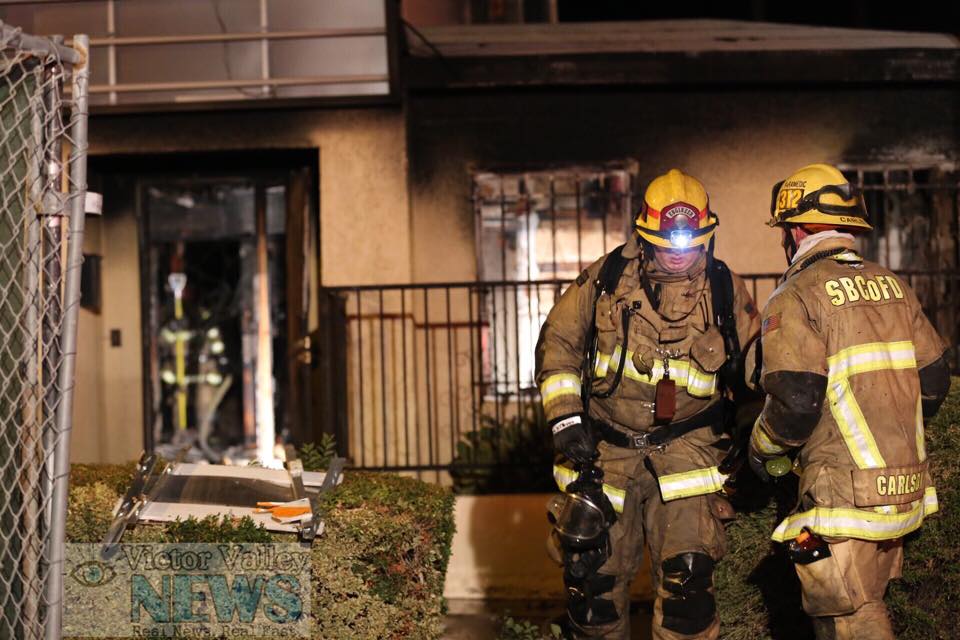 VICTORVILLE:(VVNG.com)- At 7:58 PM on Christmas Day firefighters responded to a report of a commercial structure fire on 7th Street cross of C Street. Upon arrival they discovered an abandoned structure with heavy fire coming from the front of the building.

It took firefighters a couple of minutes extra to do some forcible entry doors that had been boarded up. “This is an abandoned structure commercial and we have had a fire here in the past”, stated Hausman.

Once the commercial doors were forced firefighters were able to get attack lines into the building from opposing sides, to be able to attack the fire.

A truck company assigned to the roof of the building was doing ventilation work. Cutting holes in the roof allowing the super heated smoke, fire, and gases to escape vertically up through the top allowing firefighters to get in through the interior.

When firefighters gained entry to the interior they were able to knock the fire down but they found fire in the attic. The fire produced out through the ventilation holes made by the truck company on the roof.

“Pulling the lid” is a term used by firefighters when they take specialized tools and break down the ceiling exposing the interior of the attic space where the fire was. Firefighters knocked out the fire just after 9:00 PM. No injuries were reported to firefighters or the public and the fire was contained to one structure.

The fire caused $100,000 in damage and the cause of the fire is under investigation by County Fire Investigators.