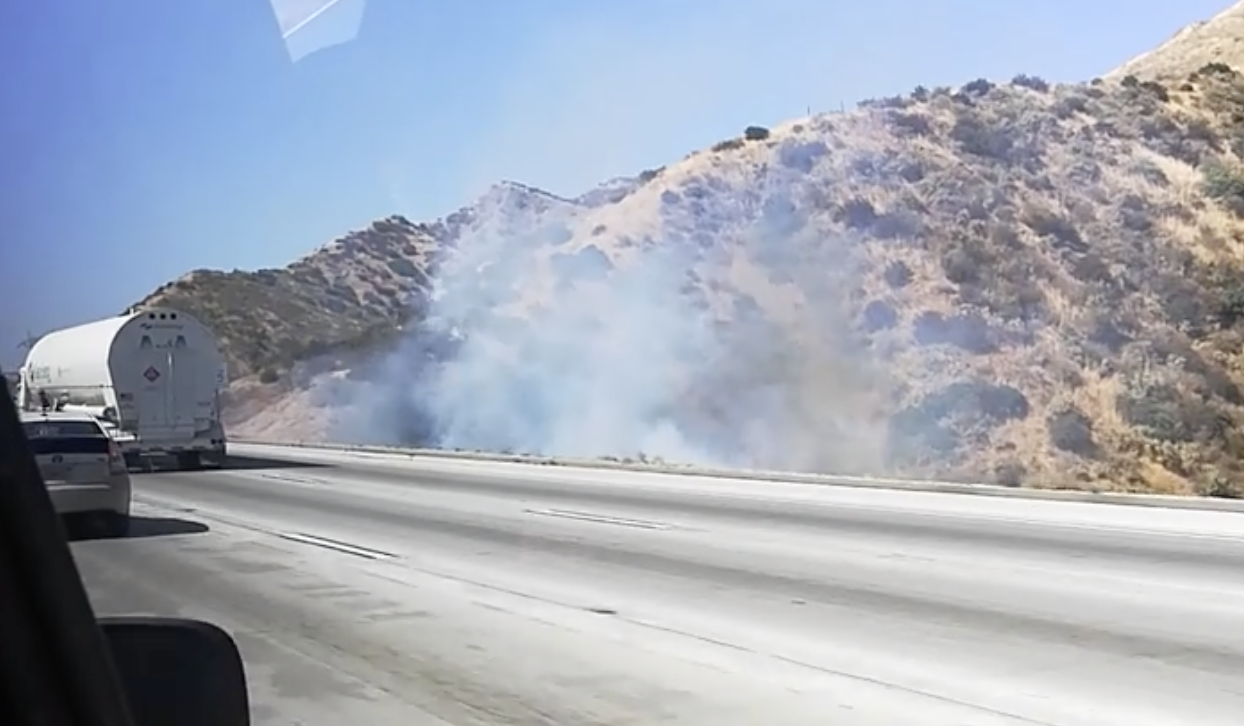 CAJON PASS, Calif. (VVNG.com) — Firefighters responded to a brush fire in the Cajon Pass for the second time in less than 24 hours on Tuesday.

At about 1:53 pm on October 1, 2019, dispatch received reports of two brush fires on the northbound I-15 freeway, north of Kenwood.

Motorists traveling through the area should expect delays as the no. 5 lane is expected to remain closed for an unknown amount of time.

This is the second brush fire to erupt in the cajon pass within 24 hours. On Monday at about 4:10 pm, fire crews responded to a 10-acre brush fire dubbed the #DevoreFire along the NB-15 near Kenwood. The fire kept crews busy into the night.

The official cause of both fires are under investigation at this time.

U.S. Forest Service firefighters are responding to a fire on N I-15, north of Kenwood. Expect traffic delays in the area. @SBCOUNTYFIRE and @CALFIREBDU are assisting